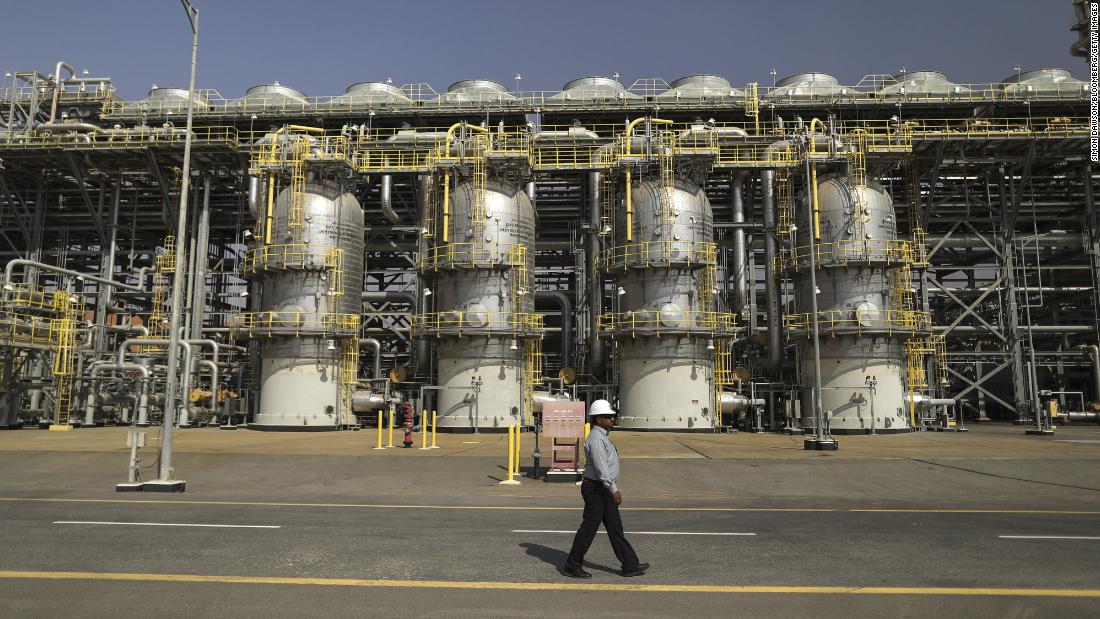 State oil giant Saudi Aramco said Tuesday that net profit for the quarter ending in March fell 25% to $16.7 billion, down from $22.2 billion during the same period last year.

The drop confirms the scale of the pressure on the oil and gas industry — and the countries who depend on it — as the coronavirus pandemic sapped demand for crude. And it highlights why the Saudi kingdom is now rushing to prop up oil prices, which it helped crater with an abortive fight for market share last month.

“The Covid-19 crisis is unlike anything the world has experienced in recent history and we are adapting to a highly complex and rapidly changing business environment,” CEO Amin Nasser said in a statement.

Saudi Arabia announced Monday it will slash oil production by another 1 million barrels per day in June. That’s on top of the record-setting cuts reached by OPEC and Russia in April. They took effect May 1.

Brent crude futures, the global benchmark, plunged below $20 per barrel last month, and US oil prices briefly turned negative, as traders panicked that there would be nowhere to store vast amounts of unwanted crude. Prices have since recovered some ground but remain depressed.

On Tuesday, global oil prices rose just above $30 per barrel. They’re still down more than 56% from early January.

Part of the problem is of Saudi Arabia’s own making. Its decision in March to flood the market with crude, an effort to grab share from Russia and the United States, helped send prices into a tailspin.

Saudi Arabia and Russia came to terms last month. But the Saudi kingdom is still in trouble if oil prices don’t start pushing higher again soon. The country needs prices to more than double to balance its vast budget, which includes heavy social and military spending.

Bjornar Tonhaugen, head of oil markets at Rystad Energy, a consultancy, told clients Tuesday that the recent round of Saudi cuts, along with accelerating efforts by other producers to keep oil in the ground, will help ease concerns about dwindling storage.

That could help restore balance to markets — if global activity picks up and demand for energy starts to recover soon.