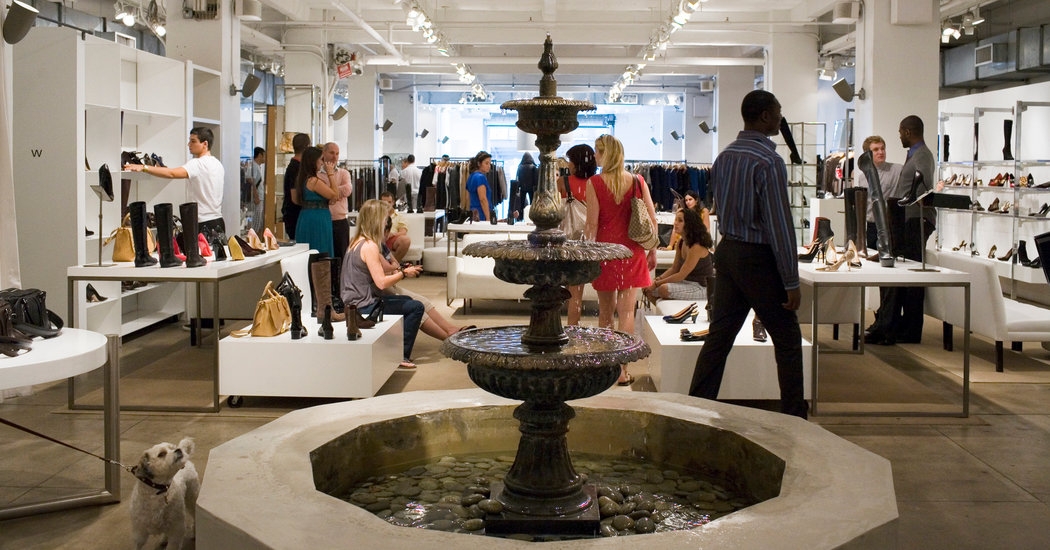 The fashion industry is in a state of emergency. This has been made clear not only by the mounting bankruptcies of big-name retailers, but also by the closure of beloved smaller businesses. These are shops that won’t bounce back.

“This is going to be the center of New York City,” Jeffrey Kalinsky thought, standing on West 14th Street during the summer of 1999, having his photo taken for an article on his namesake boutique’s imminent opening. He remembers what he was wearing: a Lacoste polo, a Jil Sander belt, Gucci sneakers.

Twenty years later, this scene would be unremarkable. Current social distancing restrictions aside, it has become nearly impossible to walk through the meatpacking district without bumping into a fashionable person posing for a picture.

But Mr. Kalinsky made his prediction when the area was still an industrial zone populated by butchers and B.D.S.M. clubs. When he arrived, opening his modern designer boutique on his 37th birthday, “no cars would go down there,” Mr. Kalinsky said. “Trucks would park in the middle of the street. It didn’t matter.”

Jeffrey’s overnight success helped trigger the transformation (and extreme gentrification) of the Lower Manhattan neighborhood, now known as a high-end shopping district with a clubby aughts heyday, sandwiched by the Whitney Museum to the west and Google to the east.

“There used to be so many people in the store that I wondered what the safety risk was,” Mr. Kalinsky said.

He was often visible on the floor or in the fitting rooms, where he’d help women into clothing and proffer his opinions. And not just any women. “I’m this kid from Charleston, S.C., and there I am in a dressing room with Gwyneth Paltrow,” he recalled.

While he appreciated the celebrity clients, Mr. Kalinsky took particular delight in dressing well-heeled girls and their mothers for personal big moments, like weddings and bat mitzvahs. “Making people feel beautiful is what I think I enjoyed most,” he said.

This tradition of super-intimate retail service has long been declining, but for many it still felt like an era’s end when, on May 18, Jeffrey announced it would permanently close in New York, Atlanta — Jeffrey’s first store, nine years older than the meatpacking one — and Palo Alto, Calif.

The decision was made by Nordstrom, which bought Jeffrey in 2005, “due to the impacts of Covid-19,” Mr. Kalinsky said when he broke the news on Instagram. He will also be retiring from Nordstrom, where he worked with designers in a variety of executive roles while still running Jeffrey.

In both realms, Mr. Kalinsky built a reputation as a tastemaker. For young designers, this made his seal of approval exceedingly meaningful.

When Brandon Maxwell showed his first collection to buyers, he still felt insecure, he said, having transitioned from being a stylist with no formal schooling. But when Mr. Kalinsky placed an order, “it legitimized me in a way that I had not yet allowed myself to feel legitimized,” he said. “He has a very special way of making you feel seen.”

At the time, the lampooning was hard on Mr. Kalinsky, who said he wanted to “welcome everybody into this friendly and democratic place that just happened to sell expensive things.” He dreaded waking up on Sundays to phone calls about the previous night’s mockery. Now, he said, he realizes it was an honor.

To Mr. Maxwell, the “S.N.L.” Jeffrey just made the real-life Jeffrey seem even more chic and important. He still remembers spending one of his first adult-in-New York City paychecks on Chanel sneakers at the store.

“There was nothing like the feeling of walking out with that little white bag,” he said.