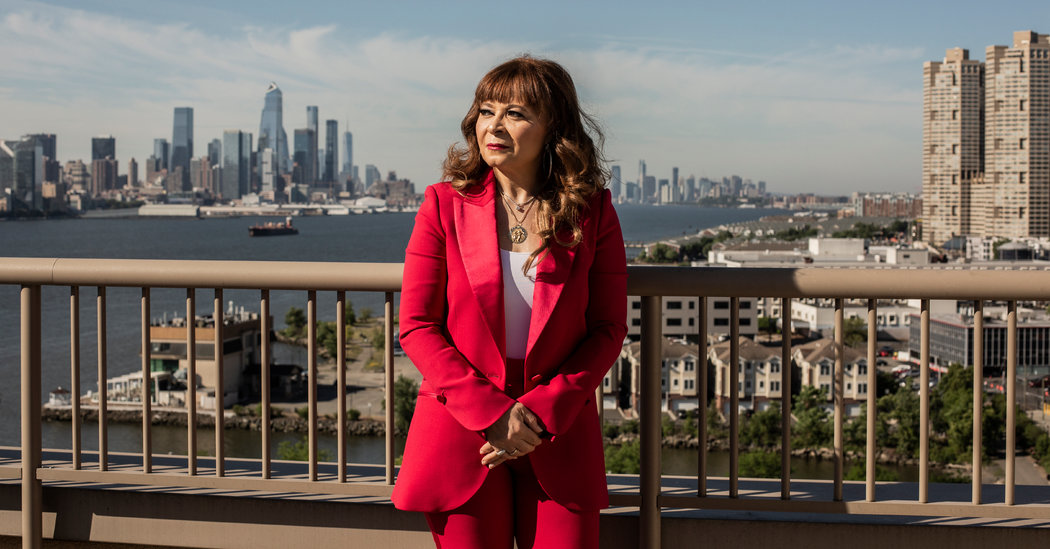 During Marilyn Booker’s 26-year career at Morgan Stanley, including 16 years as the bank’s global head of diversity, she often felt that too few of its employees were black. She was still trying to rectify the situation, right up until the morning in December when she was fired.

Ms. Booker, who is black, is now suing Morgan Stanley and her former boss, Barry Krouk, the chief administrative officer for the wealth management division, for racial discrimination and retaliation. She believes she was fired because she pushed too hard to get senior executives in that division to embrace her plan to restructure a program for training black financial advisers. She thought the restructuring would help more recruits succeed.

Racial discrimination suits against Wall Street banks are not new. Within the last 15 years, nearly every major bank has settled a class action case for tens or even hundreds of millions of dollars. But Ms. Booker is one of the highest-profile black employees to pursue legal action against a bank in recent years.

Ms. Booker joined Morgan Stanley in 1994 to become the bank’s first global head of diversity, a high-ranking job within the human resources department. She was the public face of the bank’s efforts to diversify, representing it at a hearing in Congress on diversity at big banks and making TV appearances. In 2011, she moved to the firm’s wealth management arm, where she launched a group called Urban Markets that sought to win more black money management clients and help black communities build wealth — a role she held until she was fired.

At first, Ms. Booker tried to handle her separation from the firm quietly. She continued to offer help and advice to black employees who reached out to her. But this month, as she watched the nationwide protests over police brutality and the widespread inequality that black Americans endure, she decided it was time to speak up. Her lawyers filed suit in Brooklyn federal court on Tuesday.

“My story is the same story as those of many black people on Wall Street,” she said in an interview. “Our fate has been tied to the goodness of whatever white person is in charge. That is no way to have a career.”

Ms. Booker said she also wanted to underscore the relatively small amount of money that the bank had earmarked for diversity programs. Last week its chief executive, James P. Gorman, said Morgan Stanley would dedicate $25 million to a new initiative inside the bank and would donate another $5 million to the N.A.A.C.P.

“Morgan Stanley made $41 billion last year — that’s a drop in the bucket, it’s not even a rounding error,” Ms. Booker said of Mr. Gorman’s $25 million pledge. “People have to put these things in context. If there’s a real business initiative that they’re focused on, he’d put more than six basis points into it.”

Other black employees have sued Morgan Stanley in the past, saying they were marginalized and isolated while trying to do their jobs, then pushed out after they spoke up. In 2007, the bank settled a class-action suit for almost $24 million over middle managers’ treatment of black employees, and agreed to spend $7.5 million of that on a wide-ranging overhaul of its hiring and management practices, including new recruiting and mentoring programs.

But current and former employees say not much has changed. The bank has been sued by at least eight former employees in the past four years (not counting Ms. Booker), most of whom worked as financial advisers and did not hold managerial positions. In court filings, they described being kept off teams formed by their white colleagues, deprived of business leads those colleagues routinely shared among themselves and left out of meetings with potential new clients.

Ms. Booker also experienced incidents of racism, according to her lawsuit. In 2013, when she proposed creating a mutual fund with a minimum buy-in of $5,000 that could be marketed in black communities with the help of the black TV host Steve Harvey, the bank’s chief marketing officer told her that Mr. Harvey was not “consistent with our brand or our audience.”

(The fund was eventually launched — without Ms. Booker’s involvement — but it was described as a way to attract millennials.)

Still, Ms. Booker thought she could make a difference, especially where Morgan Stanley’s financial advisers were concerned. Their job was to attract new clients — wealthy individuals or well-endowed institutions — and manage their investments for them. They would eventually earn all of their money from commissions on these investments and trades. The black advisers needed extra support, Ms. Booker argued, because the isolation they routinely suffered as new recruits, often fresh from college, was making it nearly impossible for them to survive the bank’s three-year training program.

She called her plan Project Genesis. Mr. Krouk, she said, initially seemed enthusiastic, assigning two analysts to work on Ms. Booker’s team. She soon had them combing through black wealth management trainees’ records and identifying areas where they could use more support, as well as determining how much it would cost the bank to provide that support. Mr. Krouk insisted that the wealth management division’s chief operating officer and its head of diversity be involved as well.

But Ms. Booker was thwarted in her attempts to present the idea and her findings to executives other than Mr. Krouk, according to her lawsuit. The chief operating officer and the diversity head started canceling meetings with her. She found it harder and harder to speak to Mr. Krouk. And whenever she brought it up, she was told Mr. Krouk would have to hear her presentation first and approve it.

On December 9, a Monday, she made her way to Mr. Krouk’s office for what she thought was a meeting to finally discuss her ideas for the project. Instead, he steered her into a conference room down the hall, where a human resources representative was waiting.

“I’m so sorry,” the representative said, before informing Ms. Booker that her position had been eliminated and that there would be no opportunity for her to find another job inside the bank. Then she offered to send out a note saying Ms. Booker had “decided to leave the firm and pursue other opportunities.”

“I was thinking, ‘First of all, I didn’t decide to leave the firm, you guys fired me,’” Ms. Booker said.

She declined the offer. “I would never have participated in anything like that,” she said, “because that was not the truth.”