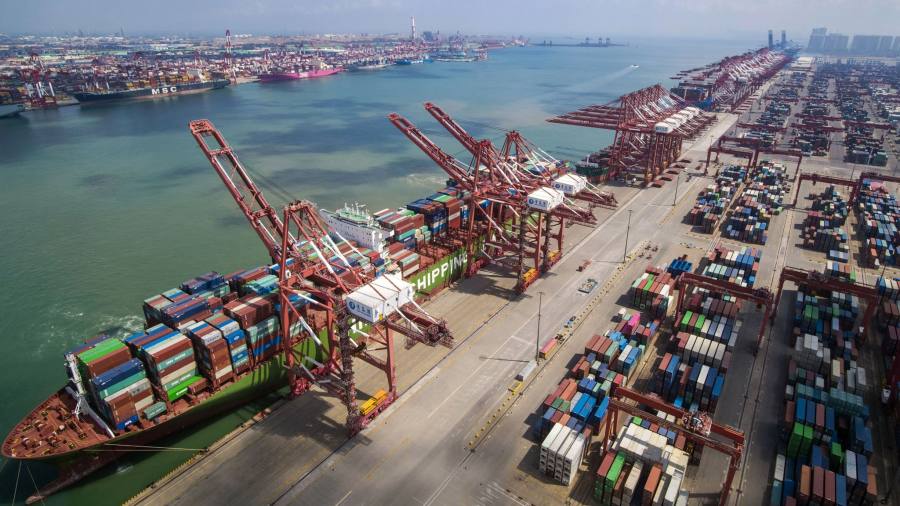 Investors around the world have been on the hunt for fresh insights into the possible long-term effects of the coronavirus outbreak.

That has meant that one indicator has come back into fashion: the Baltic Dry index, a measure of shipping costs for a wide range of bulk commodities such as coal, iron ore and grain. The index shows that rates for leasing the largest “Capesize” vessels have dropped about two-thirds since the start of December, and are significantly below the average level of the past 20 years. That suggests a sharp contraction in demand in China, the world’s biggest consumer of iron ore and other industrial commodities.

But the real value of the BDI may not be in what it tells us about the impact of the epidemic so far, but rather what it says about potential developments in coming weeks.

Masanari Takada, a macro strategist at Tokyo-based Nomura, points out that the BDI has a tendency to work its way downward through the first half of February — knocked by the effects of China’s Lunar New Year holiday period — but then bottoms out in the middle of the month.

Indeed, since reaching lows of 411 in early February this year, its lowest level since April 2016, the BDI — a composite of rates for four sizes of ship — has gained about 29 per cent.

In the past few years, the index had been lifted by economic stimulus measures introduced by China at the end of February, Mr Takada explained. It remains to be seen if this year’s supercharged set of measures, including cuts to benchmark lending rates and waivers on bad loans, can boost output this year.

“If [the BDI] doesn’t recover this year, it will indicate a much more severe effect than usual on the global supply chain,” he said.

Analysts note that falls in the BDI do not always indicate drops in demand, as supply-side factors such as port congestion and the vagaries of the two- or three-year cycle from order to delivery of new ships also have a bearing on prices.