Should CEOs run two companies at once? A Silicon Valley practice comes under scrutiny 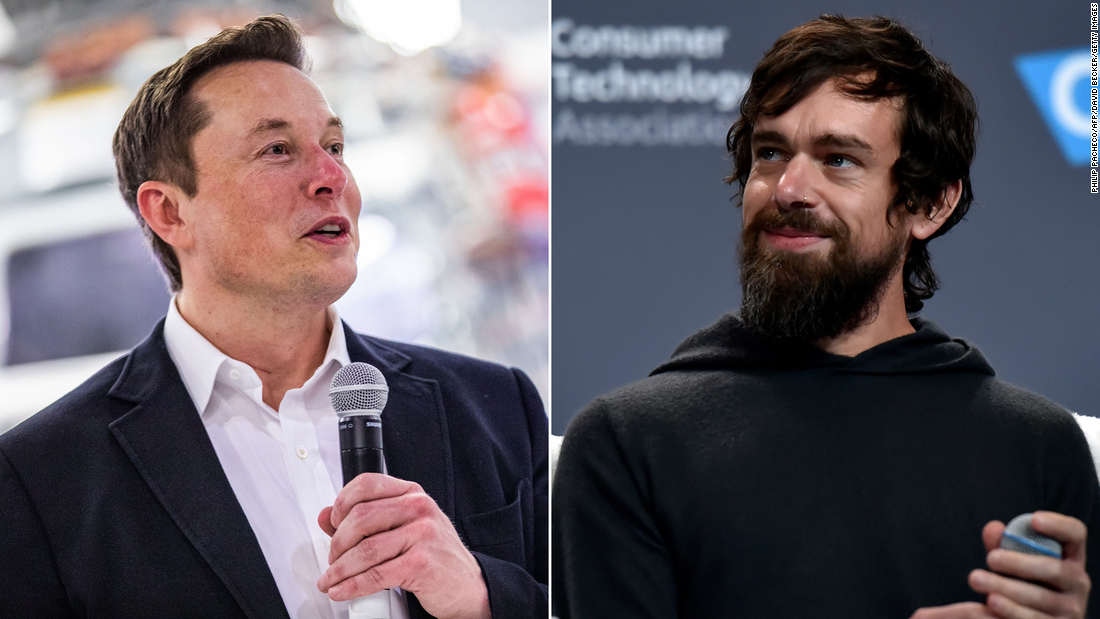 Now, one member of what may be the most elite club in tech is defending another who is under scrutiny for his dual role.

Elon Musk, the CEO of Tesla (TSLA) and SpaceX, offered public support this week for Jack Dorsey, the CEO of Twitter (TWTR) and Square (SQ), who is facing new pressure from an activist investor to give up his top spot at one of the two companies.
“Just want to say that I support @Jack as Twitter CEO,” Musk tweeted on Monday, adding that Dorsey has a “good” heart.
Musk and Dorsey are not alone in their corporate multitasking. Steve Jobs returned to Apple (AAPL) as CEO while still leading Pixar. And Amazon CEO Jeff Bezos also founded space company Blue Origin and is the owner of the Washington Post.

Unlike some of his peers, including Musk, Dorsey runs two publicly traded companies, adding more potential for shareholder scrutiny. While Tesla’s stock has surged more than 4000% under Musk’s leadership, Twitter shares are little changed from when Dorsey returned as CEO in 2015. Square’s stock, however, is up almost 800% from its IPO price in 2015.

Last week, activist hedge fund Elliott Management Corp. obtained a large stake in Twitter and is advocating for changes, including possibly replacing Dorsey, a source familiar with the matter previously confirmed to CNN Business. The source said Elliott was open to the possibility of Dorsey staying as long as he was willing to give up his role as CEO of Square. But the source conceded that Dorsey is unlikely to do that, and that is why Twitter should look for a new full-time CEO. (Twitter and Elliott Management previously declined to comment.)

“Your CEO should be actively running the company, not trying to balance the two,” said Parker Ellen, an assistant professor of management and organizational development at Northeastern University. “You could be concerned about burnout from the role overload, and the conflict of trying to manage both simultaneously.”

Dorsey has a daily juggling act. He spends mornings at Twitter and afternoons at Square, with breaks at Blue Bottle coffee shop in between, according to Recode. (Twitter and Square’s San Francisco offices are located essentially across the street from each other.) Last year, he pledged to move to Africa for several months in 2020.

“It was rough, really rough, the worst time in my life,” Jobs said of leading both Apple and Pixar, according to Walter Isaacson’s biography of the tech titan. Jobs said he worked 14 hour days, struggled to balance the two jobs with his family and his health, and started to get kidney stones.

“It got close to killing me,” Jobs said.

Dorsey, for his part, previously told CNN he starts his day with a five mile walk to work. He leaves at 7 am and it takes him an hour and a half to get to the office. During that time, he doesn’t look at emails or texts, but opts for music and audiobooks instead. Dorsey also “tries” to get 9 hours of sleep.