Should Funeral Homes Be Required to Post Prices Online? 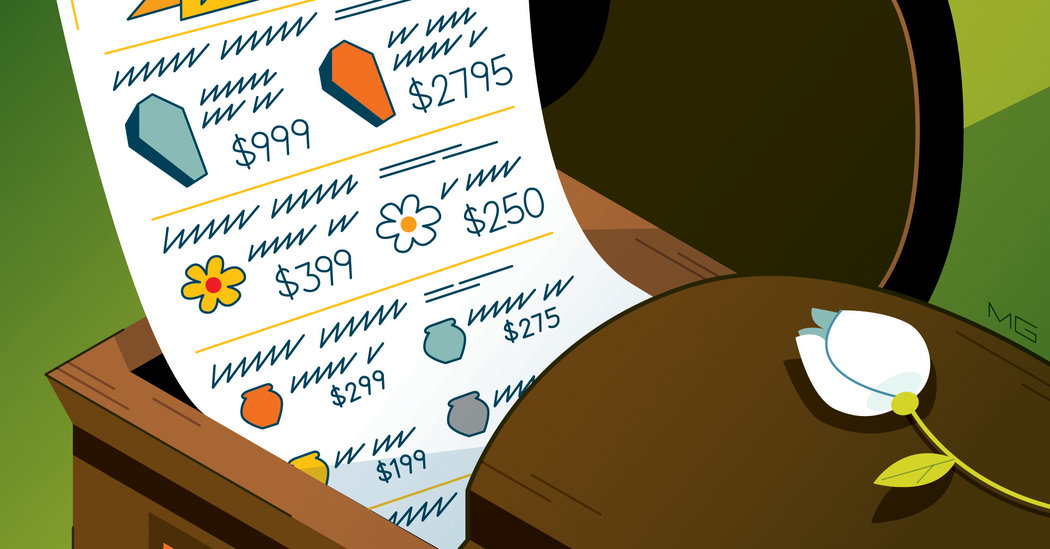 Visiting funeral homes for price lists was burdensome even before the coronavirus outbreak, but it has put the need for change in sharp relief, Mr. Slocum said. Online pricing, he said, would allow families to consider options and compare prices in the safety of their homes, without feeling pressured.

A coalition of nearly two dozen attorneys general also voiced support for online pricing and updates to the funeral rule. “As our states’ residents continue to face the immense challenge and staggering loss of life from the coronavirus crisis,” they wrote the commission, “it is ever more important to provide greater protections to consumers making funeral arrangements.”

The median cost of a full funeral with burial was $7,640 in 2019, according to the National Funeral Directors Association; cremation, which is increasingly popular, can be thousands less.

Prices vary widely, however. In their letter, the attorneys general cited a 2017 survey of funeral homes in the District of Columbia, which found a price range of $5,795 to $125,000 for the most expensive coffins.

But the industry opposes mandatory online pricing and said the decisions should be left to individual businesses. California is the lone state that requires online price disclosure, but loopholes allow some funeral homes to avoid doing so, according to the alliance.

Scott Gilligan, general counsel for the funeral home association, said many businesses posted prices online voluntarily. But he said its research suggested that most consumers based their selection of a funeral home on its location and reputation and their familiarity with its director, rather than primarily on price. Those who want to explore costs online can try independent price-comparison tools, like Funeralocity.com, he said. And consumers can choose less formal options, like do-it-yourself memorial services at home or alternate locations, to hold down costs.

The F.T.C. is also seeking comments on a possible alternative to online pricing, like requiring funeral homes to offer an email address on their websites that consumers can use to request a price list electronically.