Should the Child Care Industry Get a Bailout? 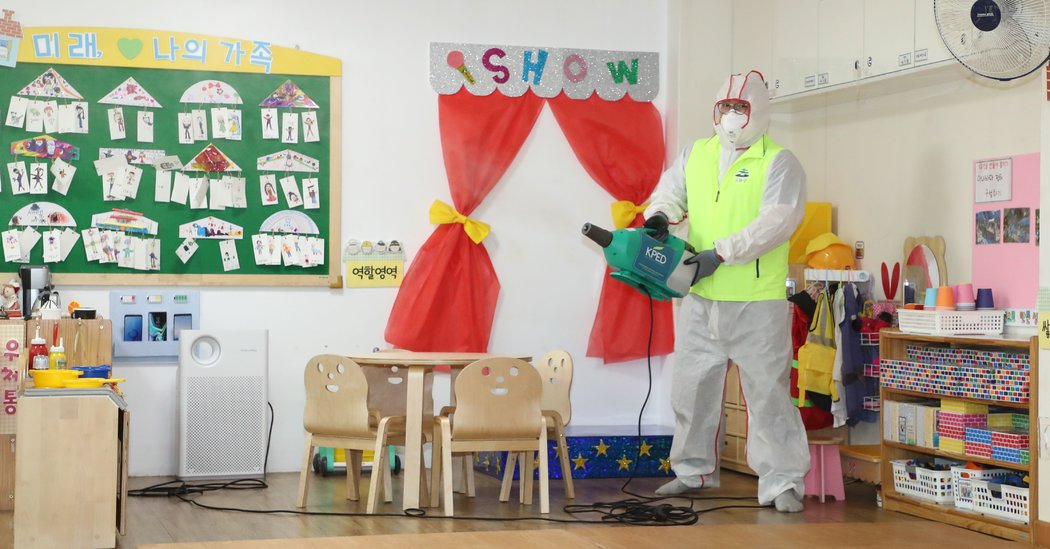 It has become agonizingly clear to parents of young children that the economy cannot fully reopen without child care. Yet a significant share of child care providers have not been able to survive the lockdown.

The sector was already fragile: Unlike public education, the child care industry operates almost entirely on private tuition payments, and most providers are barely profitable. With closings because of the coronavirus, many cannot continue to pay landlords or teachers.

Now that more states are allowing child care centers to reopen, those that survived face higher expenses because of additional rules about sanitation and new limits, like no more than 10 children per classroom. In some cases, enrollment is down because parents can no longer afford to pay or they’re worried about the health risks.

Certain Democrats have long argued that the country should guarantee care and education for children ages 0 to 5 just as it does for those 5 to 18. Now some members of Congress are proposing giving child care the treatment afforded other industries: a bailout.

Congressional Democrats plan to introduce twin bills, in the House on Wednesday and in the Senate next week, to spend $50 billion to cover operating expenses, new safety measures and tuition relief for families. The bills’ lead sponsors are Representative Rosa DeLauro, Democrat of Connecticut, and Senator Patty Murray, Democrat of Washington.

Two Republican senators, Joni Ernst of Iowa and Kelly Loeffler of Georgia, offered a resolution last week that the next coronavirus relief package include $25 billion for child care providers.

“You really can’t talk about reopening the economy without a conversation about how children are going to be taken care of,” Ms. DeLauro said. “We cannot let this pandemic set back the next generation.”

Jennifer Washburn has run a center for 75 young children in Benton, Ky., for two decades. She laid off 11 staff members, and despite being open for children of essential workers, is spending $20,000 a month more than she earns (in normal times, she earned $2,000 a month in profit). She estimates that when Kentucky allows child care to reopen for everyone in June, her payroll costs will increase 20 percent because of new virus prevention responsibilities, and revenue will be down 20 percent because of class size restrictions and decreased enrollment.

Even before the pandemic, finding affordable, high-quality providers was a struggle for many families.

Some providers received short-term financing from the Paycheck Protection Program or the CARES Act relief package, which gave $3.5 billion to child care. The new bills, echoing recommendations from advocacy groups, go much further, calling for $50 billion.

Though many rich countries heavily subsidize early care and education, the United States has long resisted doing so. Lockdowns have shown what happens when child care and education are financed by parents instead of the government. Elementary and high schools are publicly financed, so no one doubts that schools and teachers will still be there when the country fully reopens. There is no such assurance for child care.

Researchers at Arizona State University found that job postings for early education teachers declined 13 percent in the immediate aftermath of stay-home orders, which equates to the sector losing the capacity to serve 10,000 children each month. But the decreases came only from private programs. The few child care programs that are funded by the government, like Head Start and public pre-K, did not show a decrease, the working paper found.

“If there was ever a time to have a conversation about the fact that we expect parents to pay for care for the first five years of life and we expect government to pay for the next 13, then this is the time,” said Elliot Haspel, an education policy program officer at the Robins Foundation and author of “Crawling Behind: America’s Child Care Crisis and How to Fix It.”

Kelly Forde, who offers child care from her home in San Francisco, said she and her business partner had gone unpaid since mid-March. She has used her savings to continue to pay four employees and to cover other expenses. She received a Paycheck Protection Program loan to cover some of the payroll, but she said she was able to keep her business only because her husband, a contractor, has continued working.

“There is no buffer,” Ms. Forde said. “The margins are extremely small. It’s all quite dismal. Child care needs help immediately before the whole thing implodes.”

Proponents say these arguments have gained urgency because of the pandemic. They worry about the effects on children of being isolated for so long, and fear that the learning gaps between children from poor and rich families are widening. And, the economy cannot fully reopen until parents can go to work.

But now there’s another factor: public health. Parents might prefer to keep children home or with a family or friend. Or they might prioritize a small program or one with stringent coronavirus prevention measures over intellectual or social stimulation.

“From a child development perspective, kids hugging each other, sliding down the slide together, playing dress-up together are really important,” said Rhian Evans Allvin, chief executive of the National Association for the Education of Young Children. “But then when you look at it from a public health perspective and the need to socially distance and have strict rules about how to interact, it’s a very difficult situation for parents.”

That could affect which policy interventions are needed, by changing which providers are in demand and which need relief, said Chris Herbst, an associate professor studying public policy at Arizona State and an author of the new paper on child care supply.

“If we end up propping up the wrong set of businesses, that’s inefficient,” he said.

If the new bills became law, the federal government would send states money under the Child Care and Development Block Grant. The $50 billion would cover providers’ operating expenses, whether they were open or closed, to prevent permanent shutdowns. It would also provide parents with tuition relief so families that had a child care spot before March could keep it, and cover new expenses related to the coronavirus.

Other countries have taken similar approaches, as have some U.S. states. Ireland and Australia, for example, have begun financing child care centers to replace parent fees. So has Vermont. Republicans in the Senate, however, have urged restraint in future coronavirus relief spending and have demanded that any legislation be narrowly targeted. It’s unclear whether they will support this level of investment.