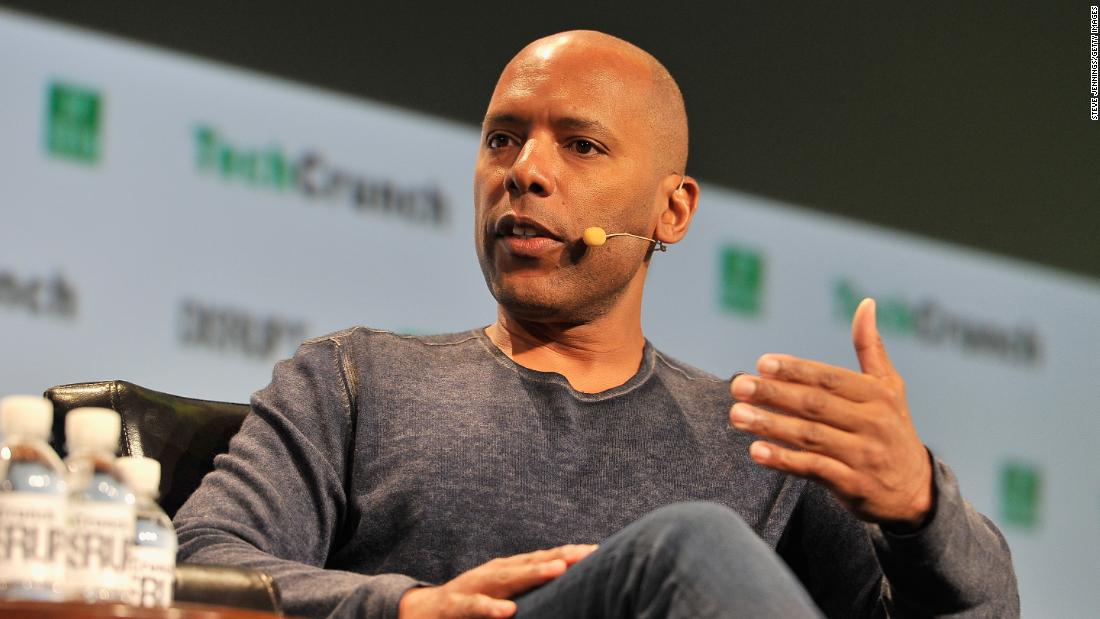 The data was sobering for a group celebrated for innovation and progress. Companies like Facebook proclaimed that “diversity is essential to achieving our mission” and Google admitted it was “miles from where we want to be.”
In the years since, many tech companies set diversity goals, applied the “Rooney Rule” to ensure diverse candidates were being considered for some roles, implemented unconscious bias training, and pledged donations to organizations working to get more women and minorities into STEM fields. Despite those efforts, the diversity reports showed again and again that the industry remained miles away from where it should be.

Now, like much of Corporate America, Silicon Valley faces renewed scrutiny over how its public support for racial justice compares with its treatment of race and diversity in the workplace. Against that backdrop, tech companies are once again making a similar flurry of diversity-related announcements.

“It is tempting to say this time feels different,” said Leslie Miley, an engineering leader who has worked at tech companies including Twitter, Slack, and Google and has been outspoken about his experiences in the industry as a Black man. “People are talking about the root cause this time — structural, systemic racism,” he added. “I just don’t know if White people have the resilience to stick with it.”

In some cases, tech companies have made financial contributions to racial justice efforts and announced new diversity goals for their workforces. At Reddit, a cofounder resigned from the board and asked to be replaced by a Black candidate; the company swiftly made good on the request.

Yet some workers and diversity consultants who work with tech companies wonder whether companies will rise to the occasion this time around. Many of the companies have only gotten bigger in recent years, making it even harder to course correct without taking drastic measures.

“The instinct of a lot of folks in Silicon Valley is going to be to tinker around the edges, make little tweaks here and there,” Y-Vonne Hutchinson, the founder of inclusion consultancy firm ReadySet, told CNN Business. She said donations and statements do not suffice. “It is going to require a significant shift in the way we do business and how we treat people if we want to make change. I encourage people to be realistic about the nature of that challenge.”

The proof of the hard road ahead is in the numbers. In 2014, Facebook’s US workforce was 2% Black, five years later, it was still just 3.8% Black. (The company has yet to release its 2020 diversity report.) Google’s US workforce looks similar: It was 1.9% Black in 2014, and six years later, it is 3.7% Black. It’s a similar story at other tech companies, which have either seen limited percentage-point gains or, in some cases, even declines since they began releasing reports.

The slow progress stands out that much more in an industry that prides itself on moving fast and disrupting entrenched institutions. Some companies have been willing to quickly overhaul their operations when money is on the line, as happened when Facebook shifted to mobile around the time of its IPO in 2012.

As Miley put it to CNN Business in 2016: “Where else in technology can you see almost no movement at all — and people think that is good?”

A Google spokesperson said the company is committed to building a more representative workplace that is inclusive for all. The spokesperson also pointed CNN Business to a chart showing that growth for many of its underrepresented communities outpaces the company’s overall growth since it first started publishing diversity reports.

What Silicon Valley needs to do now

When Mark S. Luckie left his job as a partnership manager at Facebook in November 2018, he made public an internal email about the company’s “Black people problem.” In it, he described how the lack of Black representation among Facebook’s employees has an adverse impact both on users and its Black staffers, like himself.
“Black people are finding that their attempts to create ‘safe spaces’ on Facebook for conversation among themselves are being derailed by the platform itself. Non-black people are reporting what are meant to be positive efforts as hate speech, despite them often not violating Facebook’s terms of service,” Luckie wrote, linking out to past media coverage of the issue. (In a statement at the time, Facebook said it had been “diligently” working on increasing diversity over the prior few years and “want to fully support all employees when there are issues reported.”)
The risks were clear. “My uncle was like, ‘So you plan to never work again?’ … I knew I was going to have to deal with the blowback of [speaking out] on a personal and professional level,” Luckie, who also wrote about his experience working at Twitter in 2015, told CNN Business. He said he has since concentrated on consulting and podcast production. “I sort of made that sacrifice — I recognize my privilege.”

Luckie said there are steps companies can take to ensure employees have a means of voicing concerns about diversity efforts, such as having an employee on the board who can be representative of workers. “Many who are feeling some kind of way, who would like to see changes, don’t have the voice or avenue to do that,” he said.

Luckie, like others CNN Business spoke to, stressed that the onus should not be on the Black or other minority employees to do the work to help companies become more diverse.

Miley, whose blog post about Twitter’s diversity failings went viral in 2015, said he believes companies need to stand firm in creating anti-racist organizations in order for people to trust their commitments. That means making clear that staffers who do not believe structural, systemic racism is a problem cannot be successful at their companies.

“If companies truly are committed, they will begin the process of weeding out the people who stood in the way, who have consistently denied that there’s a problem and actively worked against measures to address the problem … they have got to go,” said Miley.

At least some consultants are optimistic this time could be different.

Frances Frei, a professor at Harvard Business School who has consulted for companies including Uber (UBER) and WeWork on organizational cultural change, said that she has “never seen so many CEOs stand up for the same human issue. … It is astounding.”

In the US, there has typically been “much more attention” on gender than on race when it comes to diversity efforts, Frei said.

“I expect this moment in time to change that,” she added. “Even when we get to race, we get nervous and don’t stop at Black. We go to Black and Latinx, and I think for the US, that’s probably not the ideal way to do it. We have to hover on Black because that’s where our enslavement was. We created the worst institution in the history of the world and there are legacies for 400 years. We have to address that.”

Frei, who is the coauthor of the released a book called “Unleashed: The Unapologetic Leader’s Guide to Empowering Everyone Around You,” said there are three pieces to successful change: “Honoring the past, having a clear and compelling change mandate, and having a rigorous and optimistic way forward.”