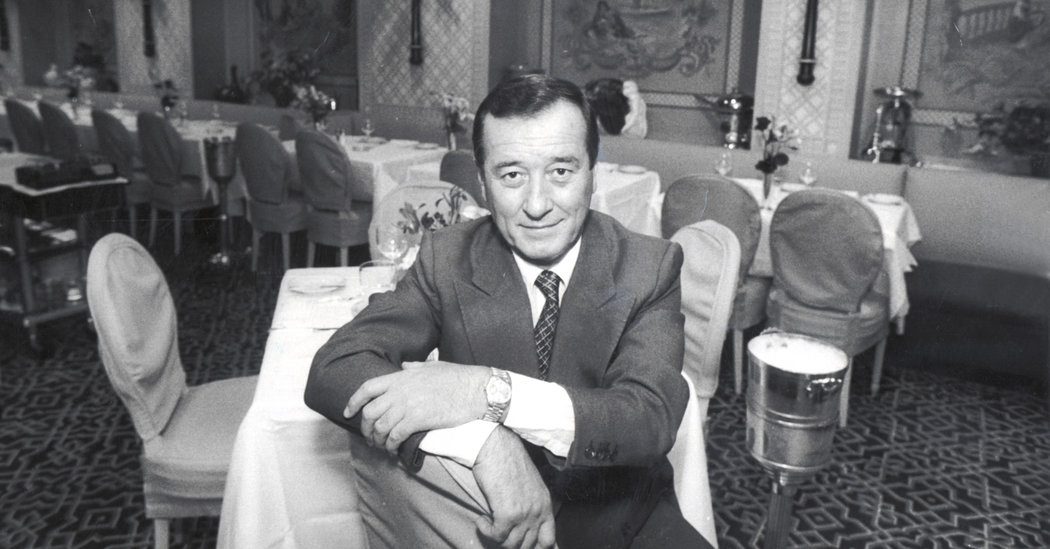 He arrived in Manhattan in 1956 and, after working as a waiter and then managing the dining room at Delmonico’s, in the financial district, he graduated to the Colony. The restaurant, along with the 21 Club and Le Pavillon, epitomized fine dining at the time, and Mr. Maccioni, within a few years, was overseeing the front of the house.

When the Colony closed, Mr. Maccioni opened La Forêt, a restaurant, lounge and nightclub, at the Pierre Hotel. When the hotel was sold in 1972, William Zeckendorf Jr., a member of the Manhattan real estate dynasty and a keen gourmet, offered him space in the Mayfair, a residential hotel that the family had acquired.

Mr. Maccioni envisioned a bistro elevated to haute cuisine standards, with a relaxed Italian style more congenial to the up and comers of his own generation.

“I encouraged beautiful people, interesting people, people of different races and colors,” he told Mr. Elliot. “Mostly I liked people my age. They were the people doing things, making the world, changing the world. So many people, but they were all very interesting, very exciting people.”

A parade of talented chefs, many of them unknowns on their way up, worked at Le Cirque, including Alain Sailhac, Geoffrey Zakarian, David Bouley, Sottha Kuhn and Jacques Torres, who created one of the restaurant’s signature desserts, a chocolate stove.