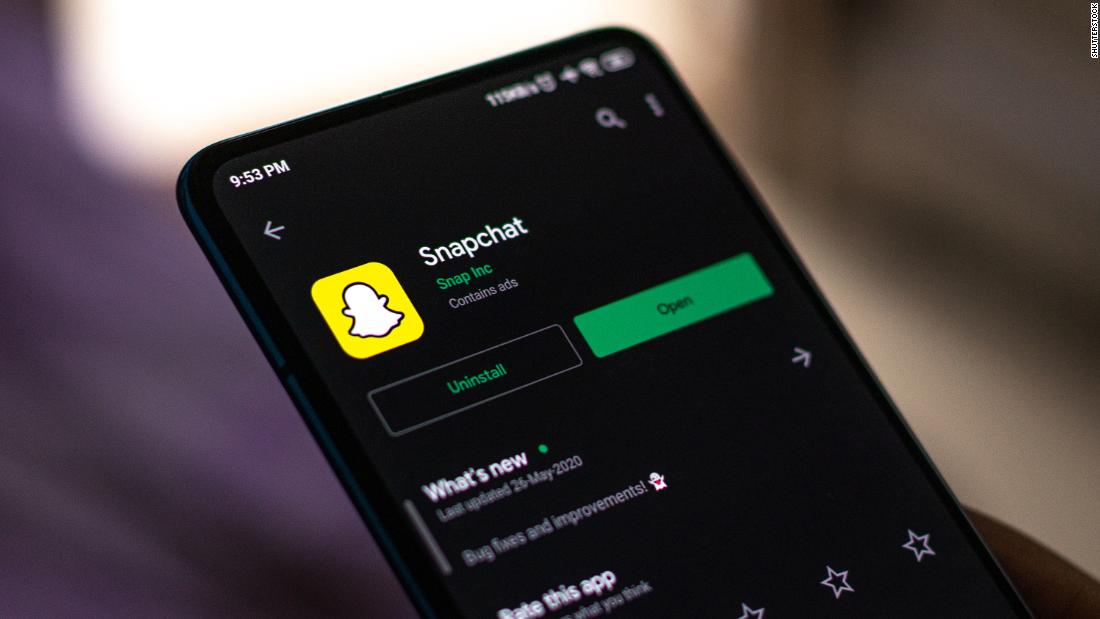 “We deeply apologize to the members of the Snapchat community who found this Lens offensive,” a Snapchat spokesperson told CNN Business. “A diverse group of Snap team members were involved in developing the concept, but a version of the Lens that went live for Snapchatters this morning had not been approved through our review process.”

The spokesperson added that it’s investigating why this mistake occurred so that it can be avoided in the future.

Mark S. Luckie, a vocal diversity advocate and former Facebook manager, tweeted about the filter, calling it “interesting” and saying “Smile to break the chains? Okay then.” Other people called it “tone deaf” on social media.
Juneteenth, the June 19 holiday, commemorates the end of slavery in the United States. A number of companies have given employees the day off this year after weeks of nationwide demonstrations over the death of George Floyd.
Snapchat has faced criticism in the past for other controversial filters, which overlay digital objects and special effects on photos and videos. In 2016, Snapchat released a Bob Marley lens, which added dreadlocks and darkened skin color, prompting accusations of blackface. A different lens the same year featured squinting, smiling eyes and blushing cheeks, which some users called out as “yellowface.”
Snapchat’s parent company, Snap (SNAP), is the rare tech company that doesn’t release a public diversity report. In an interview last week, Snap cofounder and CTO Bobby Murphy told CNN Business that the company is working on a way to do so. The vast majority of the company’s senior leadership team and board is white.

“We want to be careful not to normalize the numbers across the tech industry, because I think in some cases with everybody publishing their numbers, it can feel as an acceptance of the way things are,” Murphy said. “Those diversity numbers are published internally, and we use them as a marker to make progress for ourselves, and our team is in fact working on a way to publish those numbers and represent the progress we at least hope to be making for our company.”