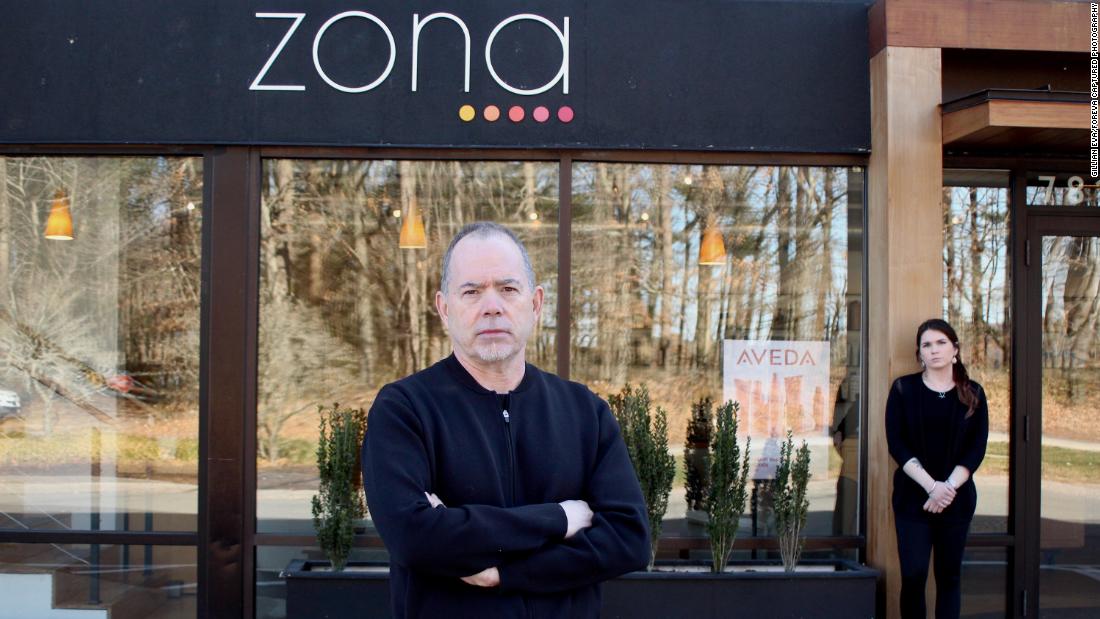 That’s because the very nature of what they do depends on the large gatherings and person-to-person contact that are now forbidden in society’s attempt to slow the spread of coronavirus.

Think of any personal service business, such as hair and nail salons or spas. Think of any home-based service, like housekeeping and handyman jobs. Think of any type of business that serves corporate events, weddings and big parties — almost all of which now have been canceled or postponed.

Now consider that many of those businesses could be tapped out in a few weeks. And many of their workers are either self-employed, with no option for unemployment benefits, or are paid hourly and live paycheck to paycheck with a heavy reliance on tips.

Bars have been among the first and hardest hit, given that several cities have now shuttered them outright.

T. Cole Newton owns two bars in New Orleans. He’s had to close both, although one of them has a kitchen so he’s trying to ramp up a takeout business. In the process, Newton has had to let a lot of people go and he worries his bars won’t survive long in a world of social distancing.

Nor does Newton think a lot of bartenders will stick around for a recovery.

“Bartending is a job that will effectively cease to exist. I think we’ll lose a lot of people. This is forcing them to reevaluate their career choices,” he said.

In the beauty industry, many small salons “are a payroll away from illiquidity,” said Frank Zona, who sits on the board of the International SalonSpa Business Network.

Zona considers himself better off than most. He estimates he has eight weeks of liquidity for the three salons he owns in the Boston area, which he chose to temporarily close this week. So he’s now actively trying to strike deals with suppliers and secure loans to extend that period.

His hairdressing business, which employs 70 people to whom he provides health insurance and paid family leave, has been in his family for over a century. But about 80% of hair salons, he said, are primarily staffed by self-employed stylists who rent a chair.

Steve Sleeper, executive director of the Professional Beauty Association, concurs that for many small hair and nail salons, “cash flow for even two weeks will be a problem. A month will be a breaking point for many.”

On the bright side, Sleeper said, clients are loyal and the industry is “incredibly resilient. People will do everything they can to help each other.”

But when things do start coming back, he noted, “with the overall economy impacted, that will affect the number of visits to the salon and how much [customers] can pay.”

As with personal care services, home care is another area where close proximity — if only to everything in one’s house, if not to those living there — is unavoidable.

At Zen Home Cleaning, a New York City-based green cleaning service that also offers professional organizing and moving help, there have been some cancellations so far and CEO Deanna Hains expects more to come.

Some clients have offered to pay their regular cleaners for the canceled appointments.

Zen Home’s cleaners, who are paid hourly, now wear gloves, masks and booties when they enter a client’s home, she said.

Still, Hains noted, she doesn’t insist anyone on her team go to a job if they’re not comfortable.

She doesn’t have the means to pay them for very long if she has to shutter the business under city order. As it is, she figures she’d have to pay out $25,000 if her entire staff decides to use all their paid time off during a hiatus.

Vendors for weddings and corporate events

In the wedding industry, the going assumption among planners and vendors (e.g., event spaces, furniture rental companies, cake makers, videographers, musicians, florists, etc.) is that all weddings otherwise scheduled to take place in the next 60 days are going to be postponed, said Meghan Ely, vice president of the Wedding International Professionals Association.

That timeline might have to change depending on how long social distancing is in force. But right now planners are trying to reschedule their clients’ weddings for the fall. Vendors have already been paid their nonrefundable deposits, Ely said, but the anticipated revenue from the subsequent payments due will be delayed until closer to the weddings, whenever that takes place.

Likewise, the corporate events industry has seen an overnight drop in business, said Carla Ruben, who runs the catering company Creative Edge Parties in New York City and Miami. Ruben says up to 70% of her revenue comes from corporations. And she estimates that within five business days she has lost $2.5 million as a result of cancellations in March and April. Now clients are canceling May events.

Ruben normally employs 85 full-time staffers, but has had to lay off 55 of them. She also hires from a freelance roster of 450 cater waiters — almost all of whom are actors and other artists. All of them, she said, are facing at least the next two months with no income.

Her big hope now: Corporate clients will start planning ahead and putting down deposits for events they’re most likely to have post-crisis, such as holiday parties in December.

When it comes to talk of stimulus and bailouts, Ruben said, “caterers fall between the cracks. We’re not hotels, restaurants or cruise ships. We’re a $14 billion industry made up primarily of small businesses.”

She’s in better shape than many of her competitors, Ruben said, but she can’t say yet how long she can sustain big revenue losses. Unless corporate clients start booking ahead for a post-pandemic world, “I’m racing against the clock.”