SoftBank warns of even steeper losses as it takes a $6.6 billion hit on WeWork 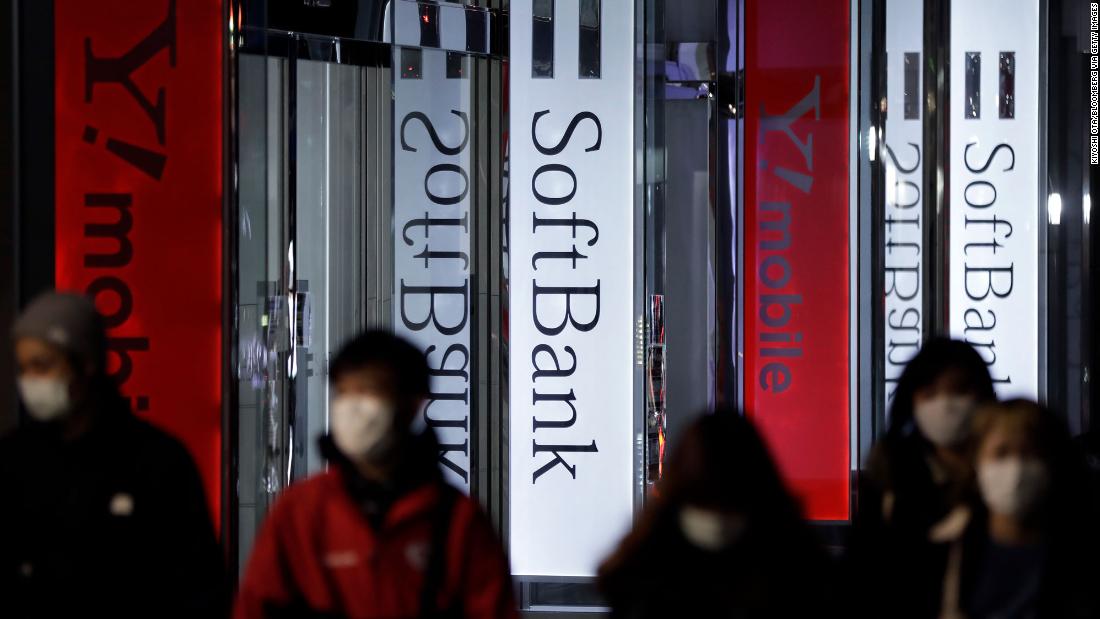 The Japanese company on Thursday widened its forecast for a net loss in the year ended in March from 750 billion to 900 billion yen ($7 billion to $8.4 billion). The firm said it expects to lose 700 billion yen ($6.6 billion) on a portion of its investment in the troubled coworking provider WeWork that it holds outside of its $100 billion Vision Fund.

Earlier this month, SoftBank said it would post a record annual operating loss of 1.35 trillion yen ($12.6 billion) — the worst in at least 20 years, according to the data provider Refinitiv — as bets in the Vision Fund turned sour. The company said Thursday that forecast remains unchanged.

The latest disclosure sheds even more light on what is expected to be a particularly dire earnings announcement from SoftBank next month.

Sweeping restrictions on work, travel and social distancing aimed at tackling the Covid-19 outbreak have piled pressure on the fund’s global tech portfolio, which includes sizable stakes in Uber (UBER), Didi, OYO and Grab.
SoftBank founder and CEO Masayoshi Son, who has cast himself as a bold, visionary investor, has been forced to play defense after some of his biggest bets collapsed in value. In March, he made a surprise announcement of what amounts to a fire sale of $41 billion worth of assets to buy back SoftBank shares and reduce the company’s heavy debt load.

With the massive Vision Fund, Son and his company were able to take large stakes in flashy technology startups working on ride-hailing, robotics, agriculture and other areas that he felt were central to shaping the future. By cutting large checks, often totaling in the hundreds of millions or even billions of dollars, the fund could help startups expand rapidly and sometimes boosted their valuations significantly.

But some of those big bets were struggling even before the virus hit.

Two of SoftBank’s biggest investments — Uber and WeWork — both faced rough receptions on Wall Street in large part due to concerns about their steep losses. Uber was pummeled by investors after going public and continues to trade well below its IPO price. WeWork tried and failed to pull off a public offering and required a bailout from SoftBank. (SoftBank recently walked away from a chunk of the WeWork rescue package.)
All in all, more than 7,300 people lost their jobs across a dozen SoftBank-backed startups in the four months ending in February, according to a CNN Business tally.

Still, Son moved forward with plans for a second Vision Fund. But as he said in February, “I think that our next fund size should be a little bit smaller, because we have caused concerns and anxiety to a lot of people.”

— Mark Thompson contributed to this report.