Some Doctors Stockpile Trial Coronavirus Drugs for Themselves, States Say 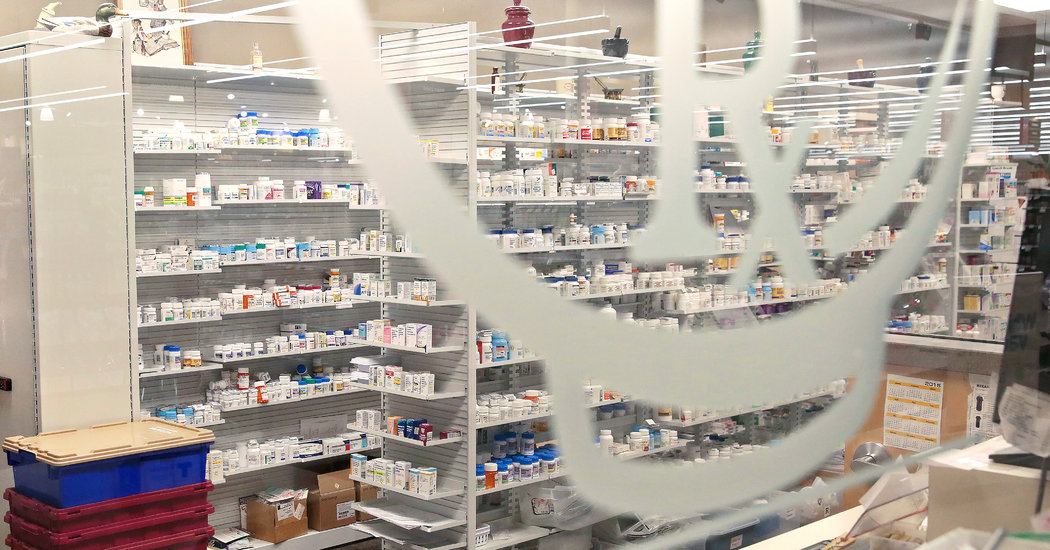 Doctors are hoarding medications touted as possible coronavirus treatments by writing prescriptions for themselves and family members, according to pharmacy boards in states across the country.

The stockpiling has become so worrisome in Idaho, Kentucky, Ohio, Nevada, Oklahoma, North Carolina, and Texas that the boards in those states have issued emergency restrictions or guidelines on how the drugs can be dispensed at pharmacies. More states are expected to follow suit.

“This is a real issue and it is not some product of a few isolated bad apples,” said Jay Campbell, executive director of the North Carolina Board of Pharmacy.

The medications being prescribed differ slightly from state to state, but include those lauded by President Trump at televised briefings as potential breakthrough treatments for the virus, which has killed more than 500 people in the United States and infected at least 43,000.

None of the drugs have been approved by the U.S. Food and Drug Administration for that use. Some of them — including chloroquine and hydroxychloroquine — are commonly used to treat malaria, lupus, rheumatoid arthritis and other conditions.

Pharmacists around the country have been swapping stories on social media about the spike in prescriptions written by doctors for themselves or their families.

“I have multiple prescribers calling in prescriptions for Plaquenil for themselves and their family members as a precaution. Is this ethical?” one person wrote on Sunday in a Facebook group for pharmacists, referring to a brand name of hydroxychloroquine. Others weighed in — some noting similar experiences — and expressed their hesitancy to dispense such prescriptions.

“I got called a communist for telling a prescriber, who was trying to call it in for themselves, no,” someone posted on Friday in another Facebook group for pharmacists.

Carmen Catizone, executive director of the National Association of Boards of Pharmacy, said state boards across the country were “trying to stop the hoarding and inappropriate prescribing, but balancing what patients need.” Mr. Campbell, of the North Carolina board, said medical boards and associations had to get involved as well to curb the behavior of prescribers.

The American Medical Association denounced the practice in a statement from its president, Dr. Patrice Harris.

“The A.M.A. is calling for a stop to any inappropriate prescribing and ordering of medications, including chloroquine or hydroxychloroquine, and appealing to physicians and all health care professionals to follow the highest standards of professionalism and ethics,” she said.

Dr. Harris also noted that the country’s health care professionals “continue to demonstrate remarkable leadership every day,” and can look to the organization’s code of medical ethics for guidance.

The first restrictions were imposed last week in Idaho. The board there imposed a temporary rule barring pharmacies from dispensing two drugs — chloroquine and hydroxychloroquine — unless the prescription includes a written diagnosis of a condition that the drugs have been proven to treat. The rule also limits prescriptions to a 14-day supply unless a patient has previously taken the medication.

“We wanted to try to get out in front of that as early as we could,” said Nicki Chopski, executive director of the board in Idaho, where pharmacists began reporting a significant uptick in prescriptions for the medications last week. The prescriptions, she said, were being written by doctors for themselves and their family members, often in large quantities with refills.

Texas adopted a similar rule on Friday that included another malaria drug — mefloquine — as well as the antibiotic azithromycin, commonly known by its brand name, Zithromax Z-Pak. That drug has been mentioned by Mr. Trump as another potential treatment for the coronavirus when taken in conjunction with the anti-malarial hydroxychloroquine. The effectiveness of the treatment is unproven.

Allison Benz, executive director of the Texas State Board of Pharmacy, said pharmacists were reporting an unusual increase in prescriptions for these drugs written by doctors for themselves, their family members and their office staff. As in Idaho, patients who legitimately need medications for conditions that the drugs have been proven to treat will not be restricted from getting them as a result of the new rule, Ms. Benz said.

In an emergency meeting Sunday morning reported by the Columbus Dispatch, the Ohio Board of Pharmacy barred pharmacists from dispensing the drugs to treat the coronavirus unless a person had tested positive for the virus, or the request had been approved directly by the pharmacy board’s executive director.

In a statement, CVS said that pharmacists were to use their “professional judgment to determine whether a prescription was valid and appropriate to dispense,” noting that pharmacists would comply with any applicable state board regulations.

A spokeswoman from Walgreens said its pharmacists would follow the requirements of the state where they practice, also noting that the company had issued guidelines for dispensing two of the drugs in highest demand, chloroquine and hydroxychloroquine. Walgreens will allow only a 14-day supply for new prescriptions in order to help ensure that the medications remain available for those who need them, the spokeswoman said.

Instead of instituting rules, some states are offering general guidelines for pharmacists facing the dilemma.

The Kentucky Board of Pharmacy encouraged pharmacists to “use professional judgment” in addressing whether a pharmacist should fulfill requests from physicians who are “writing prescriptions for themselves and their family members in large quantities,” according to a memo detailing Frequently Asked Questions on the board’s website.

The guidance goes on to say that the pharmacists can determine if a “valid patient-prescriber relationship exists,” while also urging the pharmacists to consider if there is enough of the drugs in stock to treat patients with rheumatoid arthritis who need it on a regular basis.