South Korea GDP: The first quarter of 2020 recorded the worst contraction since the Great Recession because of coronavirus 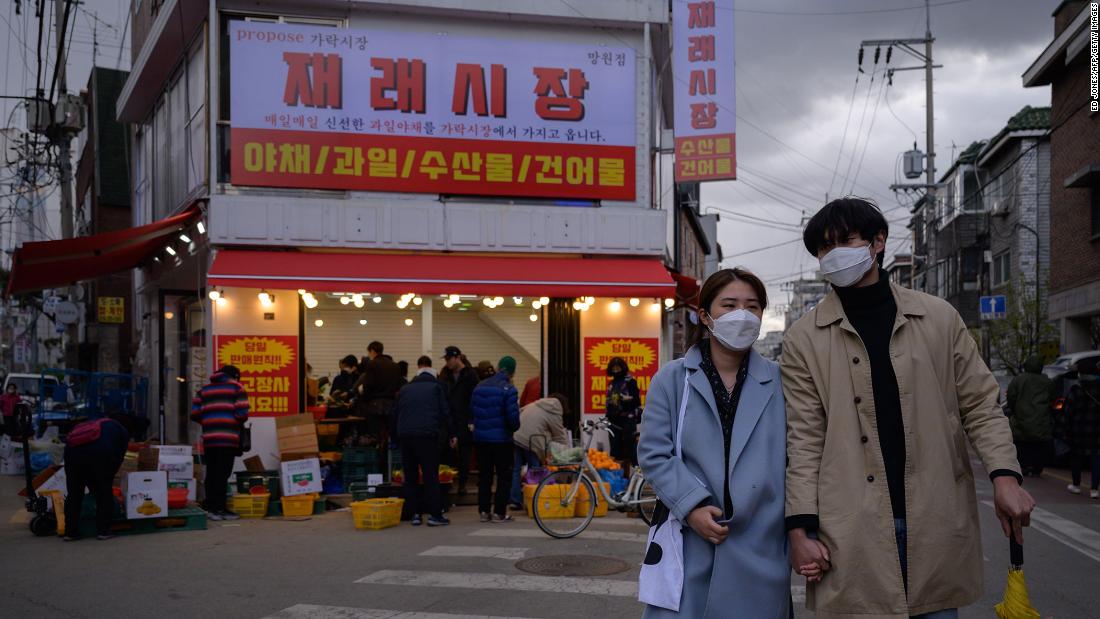 Asia’s fourth-largest economy shrank 1.4% in the January-to-March period compared to the fourth quarter of 2019, according to an estimate released Thursday by the Bank of Korea. The decline was slightly better than what analysts polled by Refinitiv expected, but still the worst in more than a decade.

The economy still grew by 1.3% when compared to a year earlier. But the rate of growth was slower than the 2.3% growth that the fourth quarter experienced year-on-year.

Consumer spending declined 6.4% from the prior quarter, while exports decreased 2%. South Korea was hit early by the virus, and at one point was home to one of the largest outbreaks outside of mainland China.

Since early March, though, the rate of daily infections has slowed dramatically — the country has roughly 10,700 recorded cases to date, with 238 deaths, according to Johns Hopkins University.

The country’s government has been among the most ambitious when it comes to providing the public with free and easy testing options. Experts have attributed South Korea’s decline in new coronavirus cases to its early testing efforts, a successful example of what is now commonly referred to as “flattening the curve.”

But South Korea’s economy will still take a hard hit as the rest of the world deals with the pandemic, according to Alex Holmes, Asia economist for Capital Economics.

“Widespread lockdowns across the world are weighing heavily on external demand, which will hit Korea’s export-focused economy hard,” he wrote in a note on Thursday.

Trade data from the first 20 days of April showed that exports plunged nearly 27% from a year ago.

This “give[s] a taste of what is to come,” Holmes said.

Meanwhile, he said that “domestic demand is unlikely to recover much this quarter as people continue to practice social distancing.”

Even general investment is likely to fall because of the mounting uncertainty, he said. Investment ticked up slightly in the first quarter.

Future growth prospects are more troubling. Capital Economics forecasts the Korean economy will contract by 6% in the second quarter compared to the prior quarter, and shrink by nearly 3% over the year as a whole.

Before the virus hit, South Korea’s exports-reliant economy had already grappled with a trade dispute with Japan and declining shipments to China. The latter country saw its own economy tumble during the US-China trade war, too.

And while South Korea appears to now have the virus under control, the economic pain is tangible. Earlier this week, the government announced a third rescue package meant to protect business from failing. In all, the government has spent or announced plans to spend 135 trillion Korean won ($110 billion USD), or around 7% of its GDP.

But that’s still unlikely to save the economy from a “massive recession,” according to Holmes.