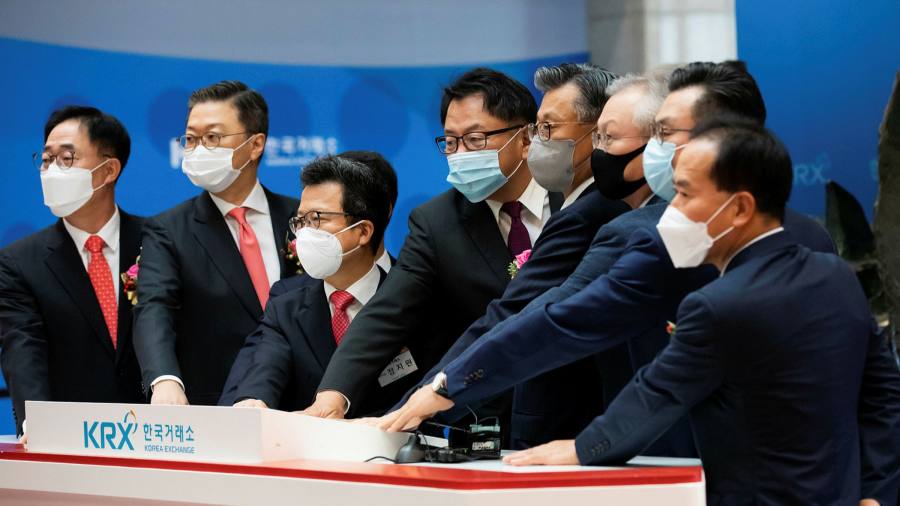 South Korean biotechnology group SK Biopharmaceuticals soared on its stock market debut, raising concerns among some investors that a bubble is forming in the country’s healthcare sector.

Shares in SK Biopharm, a unit of the SK Group conglomerate, rose by 30 per cent in Seoul trading on Thursday, or the maximum permitted under exchange regulations. That boosted the market value of the company, which makes drugs for epilepsy and neurological disorders, to Won9.95tn ($8.2bn).

SK Biopharm’s initial public offering was South Korea’s biggest in three years and it heralds a rebound in corporate fundraising, some of which had been delayed by the coronavirus pandemic. More companies are expected to go public following a 50 per cent bounce in the local Kospi index since March, with South Korea’s Covid-19 outbreak now under control.

Biopharmaceutical stocks have surged since regulators temporarily banned short selling in March. Shares in Samsung Biologics, Celltrion and Celltrion Healthcare have double or tripled and now trade at eye-watering valuations. The market capitalisation of the trio has surpassed $100bn following the rally.

But some investors have cautioned stocks in the healthcare sector — which now trade at about 80 times next 12 months’ earnings — could be headed for a sharp correction. Mom-and-pop traders have lined up bets on these companies in the hope that they will benefit from the global health crisis as pharmaceutical companies race to develop treatments for coronavirus.

“Many of them are overshooting their fundamentals just on expectations of future growth potential,” said Albert Yong, head of Seoul-based hedge fund Petra Capital Management. “Retail investors love this volatile sector but the bubble will burst unless South Korea becomes a biopharmaceutical powerhouse.”

Shares in the country’s biotech industry were battered by short-sellers last year as investors questioned excessive valuations. That followed a series of failed clinical trials and treatment side effects at companies including SillaJen, Helixmith, and Kolon TissueGene. Short-sellers seek to profit from falling share prices.

Eugene Investment & Securities said it expected that SK Biopharm would generate more than $30m in 2020 sales. The stock trades at more than 100 times estimated sales, or much higher than some of its peers, according to Eugene analyst Han Byung-hwa.

SK Biopharm has three new epilepsy treatments including one under clinical trial and two approved by the US Food and Drug Administration. The company last year won FDA approval for its anti-epilepsy drug, Cenobamate, which it began selling in the US in May. Mr Han has estimated sales from the three drugs will reach Won1.8tn in 2030.