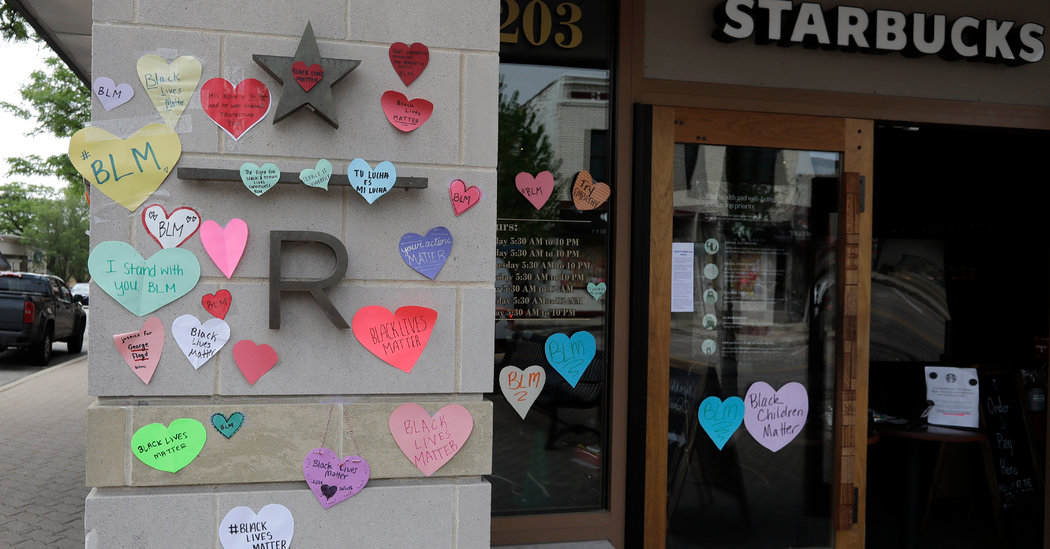 Starbucks said on Friday that employees would be allowed to wear Black Lives Matter shirts and pins, a sudden reversal of a company policy that had banned the slogan because it could “amplify divisiveness.”

Amid social media backlash to a policy, the coffee chain also declared that it would provide 250,000 Starbucks-designed Black Lives Matter shirts for baristas and other employees who want them.

“Starbucks stands in solidarity with our Black partners, community and customers, and understands the desire to express themselves,” Starbucks said in a statement. “We continue to listen to our partners (employees) about how they want to take a stand for justice, while proudly wearing the green apron and standing united together.”

Calls to boycott Starbucks emerged after Starbucks posted a series of messages on social media that many employees considered to be hypocritical. On June 4, the company’s official Twitter account posted: “Black lives matter. We are committed to being a part of change.” But employees who wanted to project a similar message by wearing shirts or pins on the job had learned in recent days that doing so was prohibited.

As BuzzFeed News reported on Wednesday, in an article that amplified criticism of the coffee chain, an internal Starbucks dress code memo stated that wearing Black Lives Matter clothing and accessories could be misunderstood and incite violence. The guidance was issued in response to inquiries from store managers about whether it was acceptable for employees to wear Black Lives Matter buttons, pins or shirts on the job, according to BuzzFeed.

No, the memo stated, as they violated the policy prohibiting personal or political clothing or accessories. Instead, Starbucks leadership urged employees to wear a “Black Partner Network’s Keep it Brewing shirt.”

Compounding the frustrations of employees — and also a growing number of customers learning about this policy — was the fact that Starbucks hands out pins and other attire to celebrate L.G.B.T.Q. rights and Pride month.

On Friday, Starbucks said on Facebook, Instagram and Twitter that it had changed its policy. In response to questions on social media, the company clarified that the 250,000 Starbucks-designed Black Lives Matters shirts would not be for sale to customers but would be distributed to employees who wanted them. The company also clarified that until those shirts were ready, employees could wear their own Black Lives Matters attire.

Some expressed cynicism that the company’s core beliefs had shifted. “As an avid Starbucks patron, I’m very confused,” Bryanna Claybourne of Norcross, Ga., wrote on Instagram. “Why make a statement saying your employees can’t wear BLM apparel but not 24 hours later, tell them now it’s okay because you ‘stand with us.’ Pick a side. Admit you made a mistake. Don’t romanticize this movement for publicity. This is real life.”

Starbucks responded to this comment, saying, “Our ongoing commitment is to listen, learn and work to be a better company.”

The overwhelming number of public comments — at least immediately — seemed to be supportive of the new policy, however. Many thanked Starbucks for listening and rising to the moment.

Unite Here, a labor union representing hotel, restaurant and airport workers, said customers should hesitate before giving the company too much credit, however. Based on the union’s analysis of employees in 27 U.S. airports, median pay for black Starbucks baristas was $1.85 less than for white baristas. Though these airport locations were managed at the time by an external contractor, HMSHost, it is Starbucks’s responsibility to rectify the pay gap, a Unite Here spokeswoman said.

In February, workers at these Starbucks airport partners called on Starbucks to address the gap, according to Unite Here. “To date, Starbucks has not responded to this demand,” United Here said in a statement to The New York Times.

Starbucks did not immediately respond to a request for comment on the pay gap matter.