States Made It Harder to Get Jobless Benefits. Now That’s Hard to Undo. 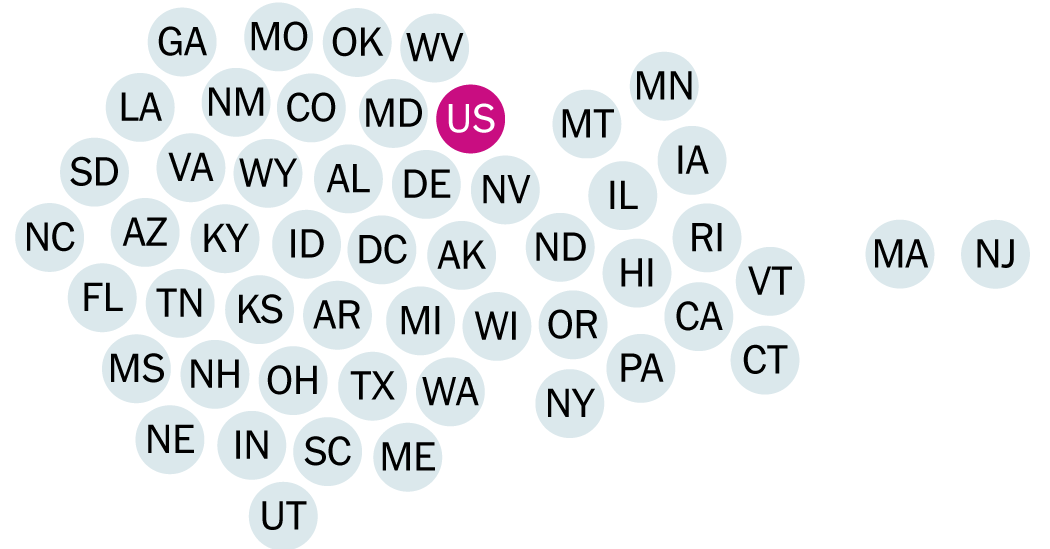 The state unemployment systems that were supposed to help millions of jobless workers were full of boxes to check and mandates to meet that couldn’t possibly apply in a pandemic.

States required workers to document their job searches, weekly; to register with employment services, in person; to take a wait period before their first check, up to 10 days.

Now these requirements have been getting in the way. Effectively, many states have been trying to scale up aid with systems built to keep claims low.

“In a time when pretty much everybody who’s applying should be eligible, we’re working with a system that got us to a 26 percent recipiency rate,” said Steve Gray, the director of Michigan’s Unemployment Insurance Agency. That means Michigan was giving aid to one in four unemployed workers in 2019, following restrictions adopted by the Michigan legislature after the Great Recession. That system, Mr. Gray said, was “built to assume that you’re guilty and make you prove that you’re innocent.”

The crush of claims has demanded of states not just more server capacity and call-center workers, but also an abrupt change in the premise of the safety net: Systems trained to treat each case as potentially fraudulent must now presume that millions have legitimately lost their jobs.

System crashes and website glitches are tied to this challenge, too. Requirements embedded in the architecture of unemployment must be turned off, worked around, or simply ignored.

“The Department of Economic Opportunity has suspended the requirement to provide work search contacts,” Florida’s system said, in red letters. But forms asking workers to document their job searches remained online for weeks.

The hitches have frustrated Congress’s intent to steer trillions of dollars to workers.

In Hawaii and Indiana, the number of workers who are receiving jobless benefits is relatively low compared with all the initial claims filed. Survey data from Gallup suggests that more workers in several states, including Oklahoma and Colorado, have lost work than are reflected in claims data through mid-April.

And while every other state reported an increase in the number of people receiving unemployment insurance in the second week of April, Florida inexplicably reported a decrease of 162,000 people from the first week of the month.

Once all of these workers get into the system, federal aid will help smooth some of the inequality in benefits across states.

But it is harder amid a crisis for Congress to counteract the subtler differences between states in access to aid.

“What you can’t see in numbers is how hard it is to apply for unemployment insurance, state by state,” said Stephen Wandner, a senior fellow at the National Academy of Social Insurance and a former U.S. Department of Labor official.

Michigan has tried to undo some of its restrictions. Gov. Gretchen Whitmer has temporarily pushed the maximum benefit duration back to 26 weeks, what the state offered before the cuts passed in 2011. She suspended criteria limiting which workers qualify and stretched the eligibility window to file a claim.

Michigan has now fielded claims covering more than 20 percent of its work force, the highest share of any state. But the process has confounded many.

Loretta Lee, who lives in Detroit, was furloughed in late March from her job in supply chain management for a manufacturer. The state unemployment site kept crashing; the system told her she was missing required information. She called an overloaded call center more than a thousand times. She called her U.S. senator, then her state senator.

Finally, she reached a state worker by phone who told her to send in a copy of her pay stub — by fax, marked “Attention: Pam.” And so, wearing a mask, she took the pay stub to a hotel concierge desk, entrusting her personal financial information to a woman she did not know who had access to a fax machine in a pandemic.

In the last recession, most states depleted their unemployment trust funds and had to borrow from the federal government. As the economy improved, they had two options: raise taxes on employers who fund unemployment insurance, or cut benefits to workers.

Many chose the latter. Nine states cut the length of time workers could remain on unemployment. Others raised the minimum income to qualify, or cut weekly payouts.

Florida moved to an electronic-only filing system that meant many workers erred on applications they filled out with no assistance.

Michigan excluded some employees as seasonal workers. It shifted the burden for reporting past income from employers to employees. It redefined some job separations as “voluntary,” making those workers ineligible.

“All of these things, they’re small,” said Luke Shaefer, a professor of social work and public policy at the University of Michigan. “If you looked at them on their own, you might imagine they’re totally reasonable. But they end up, layer after layer, adding red tape.”

Over this time, denial rates across the country increased as workers stumbled over rules unrelated to the wages and layoffs that entitled them to unemployment insurance.

By 2019, one in 10 unemployed workers in North Carolina was receiving benefits, the lowest share in the nation. But the state’s trust fund was in far better shape than when the legislature passed tighter restrictions in 2013.

“It was certainly a painful thing to do, and it was a tough vote,” said Tim Moore, now the Republican speaker of the North Carolina State House. “The balance that we had to strike was between making sure we’re taking care of somebody who truly can’t find a job, versus allowing in folks who simply did not want to work.”

That balance has been vindicated today, he said, as the state now has more money on hand to pay unemployment claims in a crisis. “Had we not made those changes,” Mr. Moore said, “we would be in a real mess right now going into this economic downturn.”

People who fiercely opposed the changes at the time counter that workers now face mass unemployment with weakened benefits.

“It’s now coming back to haunt us,” said the Rev. William J. Barber II, who led weekly protests against the legislature at the time. “What they did was terrible, immoral and bad. But now, with this pandemic on top of it, it’s going to be even greater in terms of its pain.”

Rita Blalock, who works at a McDonald’s in Raleigh, tried to apply for newly expanded aid after her hours were cut. A friend had to fill out the online application for her, and it took two weeks to file her claim. Ms. Blalock, 53, has no smartphone and no computer.

“McDonald’s pays me $9 an hour, so how could I afford that stuff?” she said. She believes her claim has been accepted, but is still waiting for her first payment.

No state unemployment system could have handled this smoothly. State offices have fielded more applications in a single day than they did in the worst weeks of the Great Recession. Adding $600 to every payment has been no small task. And Congress effectively asked states to create an entirely new benefit, expanding aid to self-employed workers whose wages can’t be verified on a pay stub. As of Wednesday, just 21 states had begun that program.

It can be hard, then, to tell which breakdowns are fair game for criticism — and eventually reform.

But in many ways, those policies are inseparable from the technical failures. Even states like Florida that have nominally more modern systems have still built into them obstacles that make them hard to use.

People talk about making these systems work better in a crisis, said Jennifer Pahlka, the founder of Code for America, who is now part of a team of volunteers helping states with their unemployment systems. “But if you’re poor in America, you’re having this kind of battle,” she said, “pretty much every day.”

Now more than 25 million people — including middle-class workers who’ve never touched the safety net before — have seen firsthand what that means.

Ms. Lee, who finally received her first payment this week in Detroit, just as she was recalled to work, learned this lesson in all the obstacles she encountered: “I think they do this for people to give up.”