‘Staying Nimble’: How Small Businesses Can, and Do, Shift Gears 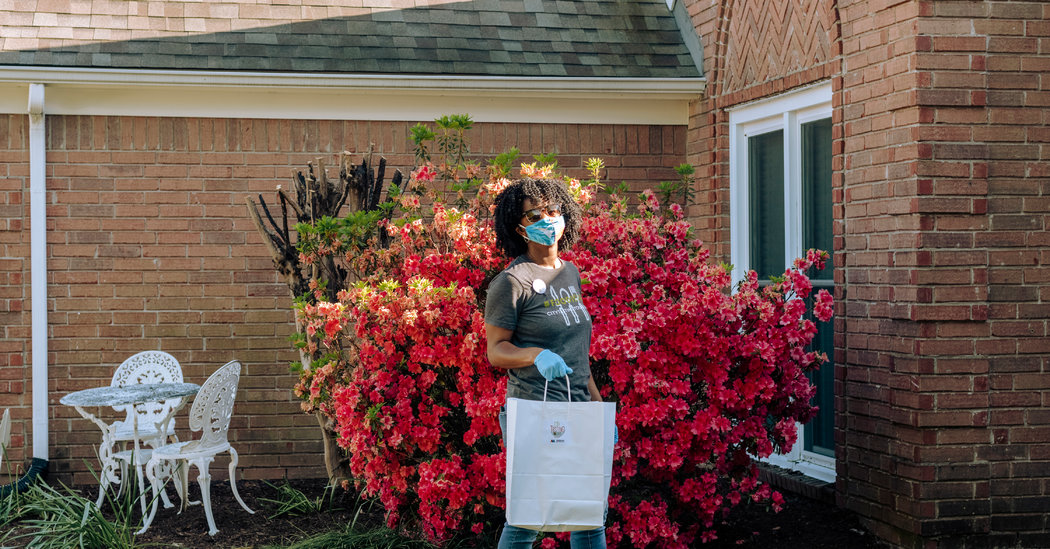 The first week after Cristina McCarter closed her Memphis food tour company, a casualty of the pandemic, she had only tears.

“It was a lot of emotions,” she said. “It was like going back to when I first started and everyone said I was crazy to give up my job to be an entrepreneur. I was like, this is what my granddaddy was talking about.”

But then, she had an idea. As Ms. McCarter saw restaurants in town reopen to serve takeout, she realized she could take her business, City Tasting Tours, virtual.

She could team up with the restaurants to create special meals that she could deliver to clients along with a link to a 30-minute video tour about the food, the chefs and Memphis.

“I realized we could focus on the local,” she said. “We’re so used to focusing on tourists, but now is the time to show the locals the richness of what you have.”

Like Ms. McCarter, small-businesses owners across the country are looking for ways to survive the coronavirus pandemic, even as they fill out paperwork for federal stimulus funds that they no longer believe they can count on. Instead, they are adapting their business models and innovating products so that they, and their employees, can get back to work.

“Small businesses are really great at staying nimble,” said Laura Huang, associate professor at Harvard Business School and author of “Edge: Turning Adversity Into Advantage.” “This is something they’ve been set up to do because they’ve always had to deal with adversity in some way.”

But it’s hard, too. The most recent Optimism Index, from the National Federation of Independent Businesses, fell 8.1 points in March — the largest monthly drop in the survey’s 34-year history. Ninety-two percent of businesses surveyed recently by the federation said they had been negatively affected by the virus; just 3 percent said they were better off.

The ones that succeed, Dr. Huang said, “understand that even though they are looking to do new, innovative things, they need to grow where they are planted.”

That means that small-business owners should not completely change what they do but find new ways to deliver their product, dust off old ideas, experiment with existing strengths, search for new customers or change their story.

Even before the coronavirus hit, Kevin Peterson and his wife, Jane Larson, were notably adaptable — they own a scent shop in Detroit that doubles as a bar. Each evening, the shop’s cupboards close, display tables become cocktail tables, and guests sip cocktails served with scent strips designed to enhance their drink.

When the stay-at-home order was issued in Michigan, their shop, Castalia at Sfumato, was about to celebrate its second birthday. Mr. Peterson was finally feeling that the business had turned a corner: Their staff was stable, he wasn’t working crazy hours, and there was money left after they paid the bills.

That changed overnight. They temporarily laid off their four employees and went into creation mode, since Michigan is not allowing bars to sell takeout or delivery cocktails. In a week, Mr. Peterson had developed their new product: frozen juice cubes that allow home bartenders to mix a perfect drink. All they have to do is add the spirit.

“The big thing for me was not thinking of a recipe as just the ingredients but also the dilution, aeration and temperature,” said Mr. Peterson, who went to culinary school and has degrees in physics and engineering. “That’s the big difference between drinks at a bar and drinks at home.”

The idea for a take-home cocktail cube had percolated when Castalia first opened, but the couple were so focused on getting people in the bar that they didn’t have time for extraneous products. Now they are making — and selling out of — 750 cubes every weekend. They would do more, but they are limited to the space in their home freezer.

Experiment with what you know.

Some businesses find themselves in a position to help fight the pandemic. Distilleries like Cathead Distillery in Jackson, Miss., are converting production to hand sanitizer, while apparel companies, like Simms Fishing Products in Bozeman, Mont., are making hospital gowns. Still others are making masks.

But all that product has to find its way to hospitals and homeless shelters. That’s where Garry Cooper comes in. His Chicago technology firm, Rheaply, specializes in connecting resources to the people who need them to reduce waste and overbuying.

He normally works with universities, government agencies and the world’s largest companies to help them better manage their inventories. When the pandemic broke out, he realized that there was no single place to go to find out who needed what — and who had it.

“This is a breakdown of Supply Chain 101,” Dr. Cooper said. “We are a climate tech company, and we have been thinking a climate crisis would cause what we just saw.”

In three weeks, his team built a stripped-down exchange — “a prettier Craigslist,” he called it — where people with masks could list them for donation or sale, and hospitals that needed ventilators could post their requests.

So far, 50 organizations have signed up for the free service, and Dr. Cooper is in talks with cities and states about developing custom options. He hired three more employees — and is looking for three additional computer programmers — to manage the workload.

That’s the type of pivot that Larry Downes, a senior fellow at Accenture Research, advises businesses to make.

“Trying something new is relatively cheap,” said Mr. Downes, a co-author of “Pivot to the Future.” “It doesn’t cost a lot to quickly launch an experiment.”

An experiment may be the thing that saves Washbnb, a start-up in Milwaukee that was to open this month.

Originally, Washbnb planned to provide laundry service to Airbnb hosts. One of the company’s founders, Daniel Cruz, is a host himself, and he hatched the idea because he was always buried in laundry — and worse, fitted sheets — at the end of each week. His four Airbnb properties created too much laundry for his residential machines but too little for a lot of commercial laundry facilities. When he discovered that others had the same problem, he started planning to build his own facility.

But when the pandemic hit Milwaukee, all his Airbnb bookings dried up.

“At first, we were actually really bullish,” Mr. Cruz said. “We were talking about investing in another property to add more units. But then we took a week and watched our market evaporate around us.”

Instead, he decided to find new customers. He realized that the elderly and people with compromised immune systems might not have laundry facilities or be able to go into laundromats. He and his two partners quickly started a sister company, Washhero, targeting those customers with a curbside laundry service. They offer wash-and-fold for $20 a bag, as well as pay-what-you-can options.

In the first two weeks, 22 clients signed up, and word got around to other businesses. Mr. Cruz received calls from restaurants doing takeout that need towels washed and an invitation from a new hotel to bid on its laundry contract. He has been so busy that he has hired three new team members and signed a lease for his laundry facility.

“The Covid situation is accelerating our timeline, not only in how we give back but how we build out our own facility instead of relying on partners,” Mr. Cruz said.

Sometimes, innovating is as simple as changing the story, or updating marketing to reflect a new reality.

“If you have a firm understanding of where your roots are and what your product delivers, then you can think really creatively about all the different ways your product can be beneficial and tell that story,” said Dr. Huang of Harvard.

Wheelhaus, a maker of tiny homes and modular cabins, is trying to do just that. It is now marketing its smallest home — just 250 square feet — as a home office. It can be pulled straight into a backyard on a trailer and has all the amenities of a workplace.

“It’s kind of funny how these things kick you in the butt,” said Jamie Mackay, founder of Wheelhaus. “It’s like, whoa! You wake up and think outside the box. That’s key right now.”

The company manufactures its line of homes in Salt Lake City and normally sells about 180 a year. Demand has slipped, but there has been enough work for Mr. Mackay to keep all 80 employees and subcontractors on the job. There have been seven sales of the $88,000 home office since the new marketing began, and Mr. Mackay said he expected higher demand for small home offices as real estate trends changed and businesses realized employees could work from home.

The fact that Mr. Mackay is already thinking about that future pleases Mr. Downes. The biggest challenge facing businesses, Mr. Downes said, is the failure to look forward.

“One thing this crisis has taught us is that the distant future can show up fast,” he said.