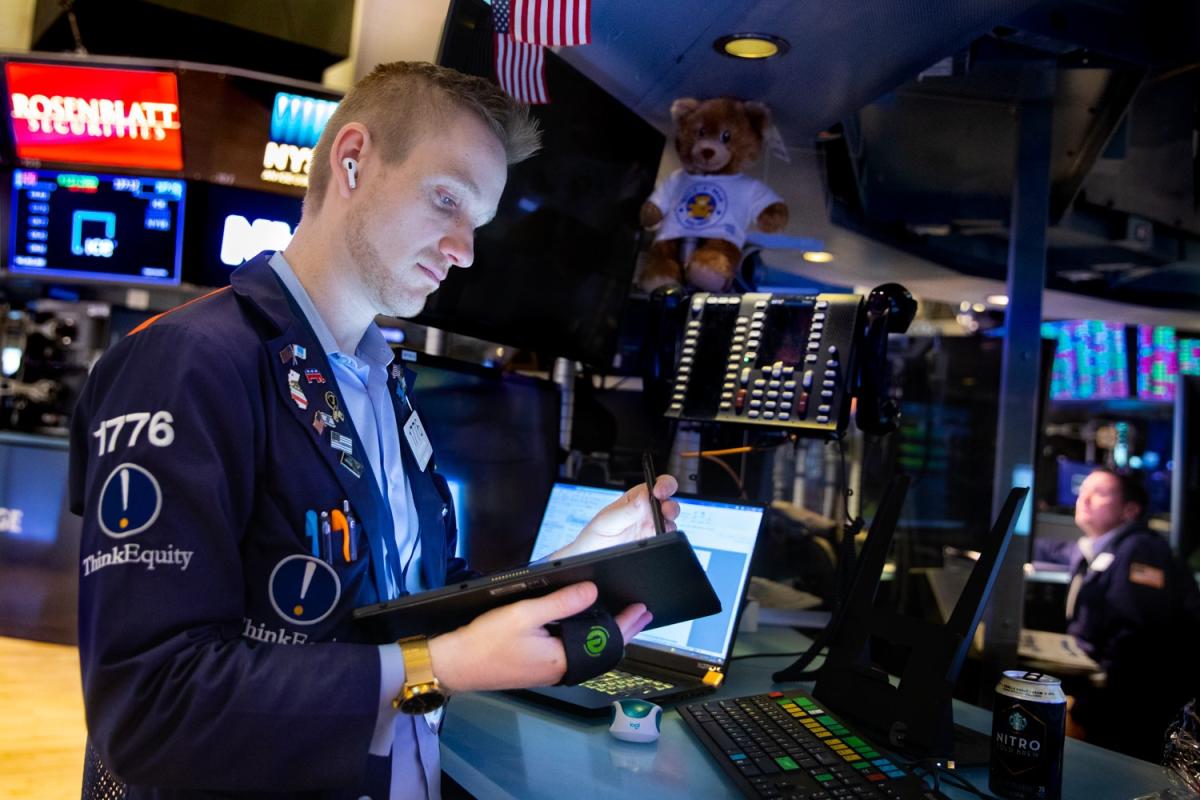 Stock futures opened higher Thursday evening as investors awaited a key update on the labor market’s recovery and continued to monitor for global economic fallout from Russia’s war in Ukraine.

Contracts on the S&P 500 edged higher. The index fell 0.5% during the regular trading day as technology and growth stocks came under renewed pressure, and the Nasdaq Composite dropped nearly 1.6%. Treasury yields steadied after sliding earlier this week, and the benchmark 10-year yield hovered above 1.8%.

A fresh set of economic data due for release Friday morning is expected to reaffirm to investors that the U.S. economy has recovered sufficiently to allow monetary policymakers to ease their crisis-era supports. The Labor Department’s February jobs report is expected to show a fourteenth consecutive month of payroll gains, with jobs rising by more than 400,000 and the unemployment rate edging lower to 3.9% — or the lowest since February 2020 before the pandemic. Such a result would mirror the much better-than-expected private payrolls data out from ADP earlier this week.

And already, Fed officials have declared victory on fulfilling their employment mandate for the economy. In congressional testimony this week, Fed Chair Jerome Powell said that most Federal Open Market Committee (FOMC) members would agree that the labor market in the U.S. is now at a level consistent with maximum employment.

And even ahead of the February jobs report, Powell said he would back a 25 basis point interest rate hike at the Fed’s March meeting, putting to rest speculation that the central bank might press ahead with a more aggressive 50-basis point hike to jump-start its efforts to bring down inflation. But persistent price increases have left open the question of how aggressively the Fed will need to tighten monetary policy over the rest of the year.

Inflationary concerns have only compounded as crude oil prices spiked to hover at multi-year highs, with both West Texas intermediate and Brent crude oil prices rising more than 40% for the year-to-date and holding well over $100 per barrel. But for monetary policymakers, these concerns have had to be weighed against the uncertainty now generated by the crisis in Ukraine.

“The recent action over the last week, given the combination of the Russia-Ukraine situation but also the continued prints from inflation, have moved expectations down within the market to closer to five hikes, maybe even lower,” Matt Kishlansky, GenTrust Wealth Management Principal, told Yahoo Finance Live. “So I think the Fed needs to signal to that effect that they think that that’s really where they’re going to be.”

Here were the main moves in markets Thursday evening:

Read the latest financial and business news from Yahoo Finance