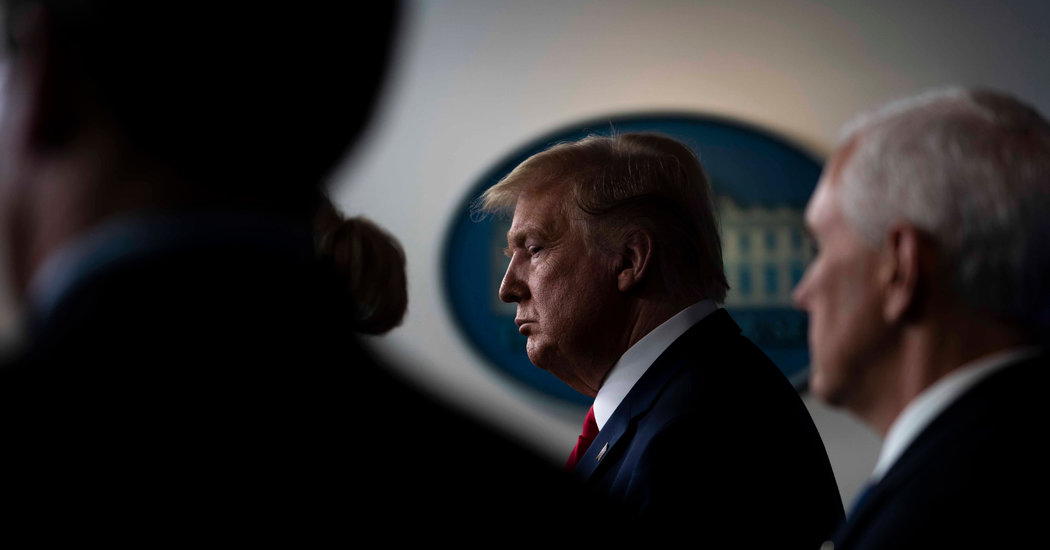 “If you politically live by the stock market, you can politically die by the stock market,” said Neera Tanden, the president of the Center for American Progress, a liberal think tank in Washington. She said she hoped that, with Mr. Trump no longer able to bask in the warmth of an epic market rally, the public will have a clearer view of his deficiencies. But, she added, “I’m not rooting for the market to tank.”

Democrats’ distrust of Mr. Trump runs deep. Some have kept their money out of the stock markets, according to a team of economists at the Massachusetts Institute of Technology who studied anonymized data about the stock portfolios for millions of investors.

“People who are more likely to be Republicans, after the 2016 election, were a bit more likely to put money into the stock market, while Democrats do the opposite,” said Antoinette Schoar, an M.I.T. professor.

For a long time, as markets roared, that meant missing out on big profits. Now it’s not looking like such a bad decision.

“I’d wished I’d went to even more cash,” said Tom Leohr, a 65-year-old Iowa retiree who said he had significantly reduced his stock holdings after Mr. Trump won the election.

“I know buy-and-hold is the way to go,” said Mr. Leohr, who worked for 30 years at the John Deere tractor works in Waterloo. “But I just couldn’t do it with Trump, just couldn’t. Still can’t.”

Even as markets were cratering this month, Mr. Trump has clung to the good days.

As he spoke at a White House news conference on the afternoon of March 13, the stock markets staged a 9 percent rally. It wasn’t enough to recover from the drop the day before, but Mr. Trump was so jubilant that he printed out a chart of the day’s market activity, autographed it and sent it to a Fox Business anchor.