Stocks got slammed. Here’s what history suggests happens next 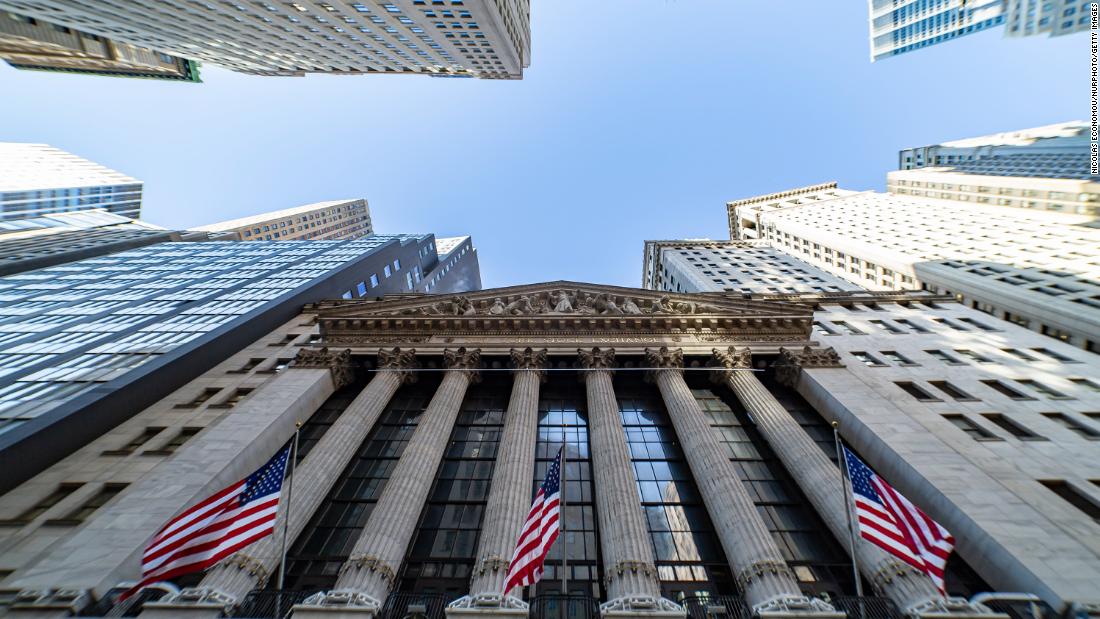 Recession fears sent the S&P 500 careening 11.5% lower last week, plunging the index from record highs into a near-bear market. It was just the 14th time ever that the S&P 500 lost more than 10% of its value in a single week.
History shows that markets tend to post powerful rebounds the week after such severe selling. And that scenario is playing out Monday, with the S&P 500 climbing nearly 3% on hopes that global central bankers will respond to the crisis by slashing interest rates. The Dow climbed more than 750 points, recovering a chunk of last week’s 3,583-point nosedive.

History shows that type of recovery is expected.

In the week after a 10% drop or more, the S&P 500 has averaged a 3.5% gain, according to Bespoke Investment Group. The index was positive 80% of the time, with the two exceptions occurring in 1929 and 1940, at the beginning and end of the Great Depression.

The returns are a bit more mixed in the longer run, however.

For instance, the last time the S&P 500 suffered such ferocious selling was 2008 during the height of the financial crisis. The index plummeted 18% the week ended October 10, 2008 as panic gripped Wall Street and Congress approved a $700 billion bank bailout plan.

Markets spiked 4.6% the following week in 2008, but the rally proved short-lived as the crisis deepened. The index was down three and six months later and wouldn’t bottom until March 2009.

Biggest risk to world economy since 2009

The recovery from the current period of turmoil will be dictated by the economic damage done by the coronavirus outbreak and ability of policymakers to soothe nervous investors.

“It’s a little too soon for us to call an all-clear just yet,” said Rob Haworth, senior investment strategist at US Bank Wealth Management.

Haworth said he needs more clarity on the number of infections and deaths from the coronavirus — as well as the consequences to the economy.

“We don’t think we’re just there yet,” Haworth said.

Last week’s selloff was driven by fear that the coronavirus outbreak will slam corporate profits and spark a slowdown or even recession in the United States. Apple (AAPL), Microsoft (MSFT), Coca-Cola (KO) warned of supply-chain disruptions caused by the health crisis in China. MasterCard (MA), United Airlines (UAL) and PayPal (PYPL) dimmed their outlooks because of demand concerns.
The coronavirus poses the biggest risk to the world economy since 2009 and could cut growth in half if the outbreak continues to spread, according to the Organization for Economic Cooperation.

“The viral correction could easily approach bear-market territory within the next few days given the pandemic of fear,” Ed Yardeni, president of investment advisory Yardeni Research, wrote in a report to clients Monday. Yardeni said that rather than a replay of the long financial crisis of 2008 and 2009, this selloff could be relatively brief.

The good news for investors is that central bankers are taking the crisis seriously. Although rate cuts won’t stop the coronavirus, they could stabilize financial markets.

Federal Reserve Chairman Jerome Powell issued a rare statement Friday acknowledging the coronavirus poses “evolving risks” to the US economy and promising the US central bank will “act as appropriate” to support growth.

Goldman Sachs and Bank of America are now calling for the Fed to slash interest rates by a half a percentage point at the March meeting, or even before in an emergency action.

Goldman Sachs put out a report Sunday saying the US economy is likely to avoid a recession, although GDP will slow to 0.9% in the first quarter and zero in the second quarter before rebounding.

“The stock market will recover once investors perceive that the worst is over for the global health crisis and that earnings will start growing along with the global economy,” Yardeni said. “We think that could happen by mid-year.”