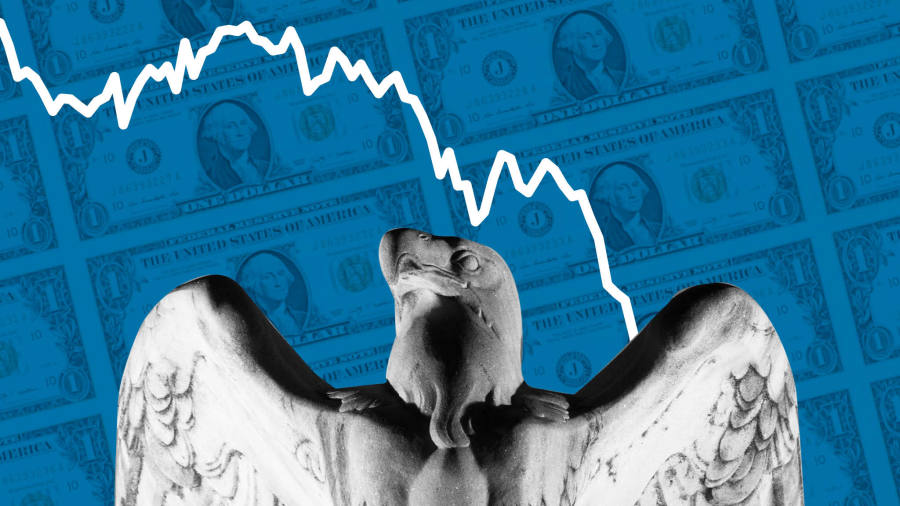 The US government bond market has come under strain during this week’s financial market tumult, prompting calls from analysts and fund managers for decisive action by the Federal Reserve to prevent a bigger calamity.

Banks and investors have said that trading conditions in Treasuries, the world’s biggest and deepest debt market, have deteriorated in the past few days. The market became “overwhelmed by liquidity concerns” during a chaotic day on Wednesday, said Bank of America analysts in a note to clients.

“[This] could stop the Treasury market from functioning. If that happens it is a national security issue. It will limit the ability of the US government to respond to the coronavirus,” said Mark Cabana, a BofA strategist who authored Thursday’s report.

Signs of dysfunction on Wednesday meant that during an ugly day for stocks, when haven Treasuries would typically be expected to rally, they actually fell. In that environment, it becomes even harder for investors to shield themselves from losses, spreading volatility around the financial system.

“The US Treasury market is the bedrock for all other financial markets; it is the world’s risk-free rate and allows the US government to fund itself,” BofA said in its report. “If the US Treasury market experiences large-scale illiquidity it will be difficult for other markets to price effectively and could lead to large-scale position liquidations elsewhere.”

The bank warned that asset classes including stocks, corporate debt and mortgage-backed securities were all vulnerable. Global equity markets were under heavy pressure on Thursday, with Europe’s main benchmark down 8 per cent, and S&P 500 futures tumbling 5 per cent — the maximum allowed fall outside normal trading hours.

Several fund managers also raised alarm at the worsening health of the US government debt market and warned that, without decisive action, dysfunction could have a widespread impact on fragile financial markets.

“There’s a fundamental problem in the Treasury market. It’s just not functioning,” said Gregory Peters, a senior portfolio manager at PGIM Fixed Income. “Liquidity is seizing up everywhere, but the [sovereign bond] market is the most messed up . . . It is freaking people out.”

BofA said volatility, which has rivalled levels reached in the depths of the financial crisis in 2008, had begun affecting market participants. It said dealers in the Treasury market had widened the spread in price at which they were willing to buy and sell US government debt at, a classic sign of diminishing liquidity. The volatility also “limited their ability to transfer risk”.

The Wall Street bank called on the Federal Reserve or Treasury to step in with a “rapid” and “large” response of a greater magnitude than they have deployed. This sentiment was echoed by a fund manager who said markets were expecting “meaningful” action from the Fed and Treasury jointly in the coming days.

On Wednesday, the New York arm of the central bank ramped up its intervention in short-term borrowing markets for the second time this week, unveiling larger and longer-term lending facilities to stem any dysfunction in funding markets. BofA said that the additional measures were probably insufficient to shore up the repo market, where investors swap high-quality collateral such as Treasuries for cash.

“We are concerned that the size of this repo operation may not be large enough to stabilise the cheapening in US Treasury securities and materially improve Treasury market liquidity,” said BofA. “We believe it may take a more forceful action from the US Treasury or Federal Reserve to act as a ‘circuit breaker’ in these illiquid Treasury markets.”

The Fed, which cut rates last week by half a percentage point in the first reduction between meetings since 2008, is due to meet next week. Markets are currently pricing in a three-quarter point reduction in the main policy rate at that meeting, bringing the range down to between 0.25 per cent and 0.5 per cent. Some analysts have called for more, expecting the Fed to cut rates to zero.

“The market is crying out for policy help,” wrote Priya Misra, head of global rates strategy at TD Securities, in a recent note.

JPMorgan analysts say that the Treasury market’s functioning has been impaired in part because of the number of traders that now work from home to limit the spread of coronavirus, which it argued was the “most significant large-scale operation risk” facing Wall Street since the disruption caused by the 9/11 terrorist attacks in New York.

Partly as a result there were “signs of emergent stress already apparent”, such as the depth of the Treasury market, which by some measures is now the weakest since the nadir of the financial crisis. Transaction costs have also surged.

One fund manager said that the prevalence of work-from-home arrangements was also having a clear impact on banks and asset managers.

“The average trader on Wall Street is inexperienced, can’t take risk, and now can’t communicate with colleagues properly,” he said. “They’re isolated at home in their sweatpants, and they’re not going to step in to provide liquidity. Psychologically it’s a bad situation.”