Summer Internships Won’t Be the Same This Year 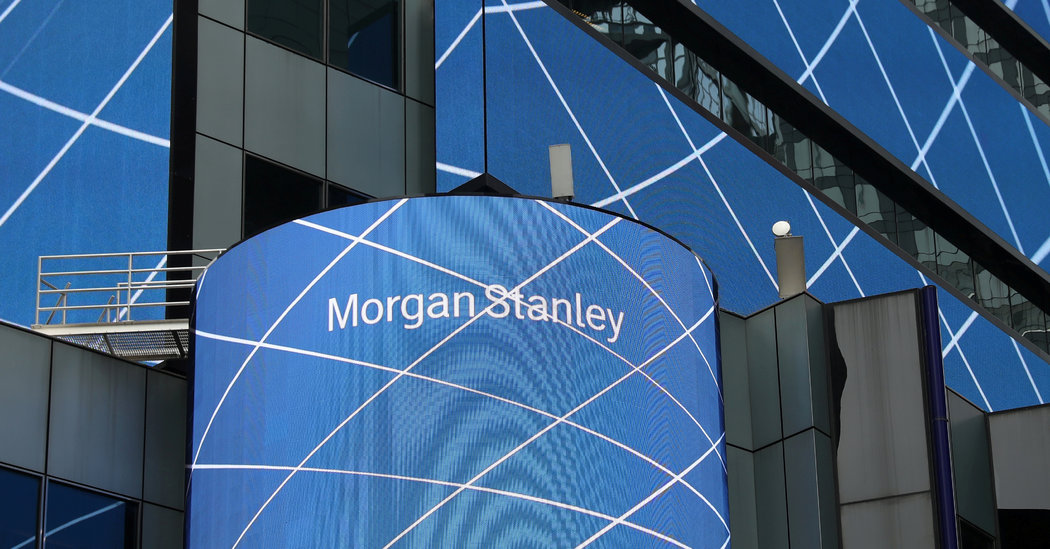 Take the time to read this essay by Marc Andreessen of the venture capital firm Andreessen Horowitz on the urgent need to build better institutions. It is important. (Want this in your inbox each morning? Sign up here.)

With New York City in lockdown for a while longer, thousands of graduates are fretting about the future of Wall Street’s sought-after summer internships. Here’s what Michael has found about what major financial firms are doing.

Many are pushing back their start dates. Citigroup, Goldman Sachs and JPMorgan Chase are delaying the start of their internships to July 6, from June. All three firms told interns that they would still be paid for the entirety of the nine to 10 weeks that their programs were scheduled to run.

• Citi said that summer interns in New York, London, Hong Kong, Singapore and Tokyo would receive full-time job offers upon graduation as long as they meet the minimum requirements of this summer’s program.

Some are going virtual, or at least considering it. Morgan Stanley has told incoming interns that most of its internship program this year will be held online (which, as it happens, mimics what many full-time bankers and traders are doing during the pandemic).

• After getting notice that JPMorgan’s internship would be virtual, one poster on the Wall Street Oasis forum said, “R.I.P. to all those shirts and pants I bought.”

Some firms aren’t changing their plans at least for the time being. Both Bank of America and Blackstone fall into this category.

• A comprehensive list of active, altered and canceled summer internship programs — inside and outside finance — is being compiled here.

The White House and Democratic lawmakers are near a deal to replenish the small-business emergency fund that ran out of money last Thursday. But the details are still being worked out.

The potential agreement would provide $300 billion for the Paycheck Protection Program, $50 billion for the Small Business Administration’s disaster relief fund, and $100 billion for hospitals and coronavirus testing. Treasury Secretary Steven Mnuchin said yesterday that he hoped the Senate would vote on the bill today and the House tomorrow.

Meanwhile, contentious issues in the small business program keep emerging. One is that some big restaurant chains, like the sandwich chain Potbelly and the Ruth’s Chris line of steak houses, have claimed money from the federal fund designed for firms with fewer than 500 employees. (Restaurant companies are exempted from the size limit.)

• The Shake Shack burger chain, which received $10 million from the program, said it would return its loan “so that those restaurants who need it most can get it now,” according to its C.E.O., Randy Garutti. The chain raised money in the stock market instead.

In other bailout news, Harvard is taking heat for receiving $9 million in federal aid as part of stimulus funds set aside for higher education. “You have a $41 billion endowment,” the venture capitalist Chamath Palihapitiya pointed out.

New challenges to restarting the economy

As the U.S. determines when to reopen for business, states are confronted with more testing problems and vocal opposition to longer lockdowns.

Flaws in diagnostic tests are thwarting states’ plans for reopening their economies. The Times reports that many antibody exams, meant to signal who may have immunity to the coronavirus, are often inaccurate. The authorities have hoped these tests would show who could safely re-enter society.

Protests challenging lockdown orders keep popping up, including a gathering of more than 2,000 people in Washington State over the weekend. Pushing a faster reopening appears to be a minority view: Nearly 60 percent of respondents in a new WSJ/NBC poll fear that lifting stay-at-home orders too soon would make the pandemic worse.

For a look at what could be in store in the year ahead, read these predictions from two dozen medical experts. Among them: periodic lockdowns, no quick vaccine — even 18 months might be too optimistic — and a growing appreciation for international cooperation.

The oil market is feeling the squeeze

Crude prices are plunging to 20-year lows thanks to a glut of supply and a dearth of demand.

It’s worse in the U.S. because of technical details over futures contracts and signs that the country’s oil storage is nearly full. The price for West Texas Intermediate crude has dropped more than for Brent, the international benchmark.

• Bloomberg reports that “buyers in Texas are offering as little as $2 a barrel for some oil streams, raising the possibility that American producers may soon have to pay customers to take crude off their hands.”

What energy markets are obsessing about, though, is $800 million in hidden losses at the top Singapore trading firm Hin Leong. The lurid details were revealed in court documents as part of the firm’s attempt to get an extension on repaying nearly $4 billion in debt. More than 20 banks are named in the filing.

How Elizabeth Holmes could be acquitted

Peter J. Henning is a professor at the Wayne State University law school, and previously served in the enforcement division of the S.E.C. and in the fraud section of the U.S. Justice Department. He writes the “White Collar Watch” column for DealBook.

Last week, the federal judge presiding over the trial of Theranos’s co-founder, Elizabeth Holmes, postponed it until October. When proceedings resume, a different decision by the judge, Edward Davila of the U.S. District Court for Northern California, could prove much more important — namely, by giving her an avenue for acquittal.

Ms. Holmes and Theranos’s former president, Sunny Balwani, face criminal fraud charges, with prosecutors contending that they knowingly misled investors about the effectiveness of their blood-testing system. Both have pleaded not guilty.

Before the postponement, Judge Davila ordered separate trials for Ms. Holmes and Mr. Balwani. Ms. Holmes, whose trial goes first, can now defend herself without being tied too closely to Mr. Balwani, with whom she was once romantically involved.

The wire fraud charges she faces can be countered with an argument that she acted in “good faith” — that is, that she believed Theranos’s blood analyzer would work as advertised to customers and investors. This may require her to testify, and this is easier if she doesn’t have to appear alongside Mr. Balwani or be tied to his statements or evidence presented in his trial.

If the jury does not believe her testimony, there is a reasonable chance that Ms. Holmes will be convicted on wire fraud charges. Up on the stand on her own, she has a chance of persuading a jury to believe that she honestly thought the Theranos analyzer would work with just a few drops of blood and that the purportedly revolutionary company had a bright financial future because of it.

Around a fifth of S&P 500 companies report their latest earnings this week, along with other global blue chip businesses. Here are the highlights, in ascending order of how badly they’ve been hit by the coronavirus pandemic.

💻 IBM (Monday) and Intel (Thursday) are expected to report higher profits, with remote workers increasing demand for technology in general and cloud computing in particular.

📈 The London Stock Exchange (Tuesday) and Nasdaq (Wednesday) have benefited from a spike in trading volumes during the market turmoil. But how long will that last?

📺 Netflix (Tuesday), AT&T (Wednesday) and Verizon (Friday) will put numbers to the boom in streaming during the lockdown.

🥤 Coca-Cola (Tuesday) and Unilever (Thursday) are selling more via grocery stores but have also been hurt by the closing of restaurants and other retailers.

✈️ Delta (Wednesday) and Southwest (Thursday) will be quizzed on when they expect to put most of their planes back into the air, and on the details of the government bailout that will keep them solvent until then (or not).

On the economic front, Thursday’s U.S. jobless claims are expected to come in at around four million for the week, adding to the 22 million people who lost their jobs over the previous month.

• Neiman Marcus is said to be planning to file for bankruptcy protection. And Macy’s is reportedly considering borrowing against its stores to raise cash (Reuters, Bloomberg)

• Paul O’Neill, a Treasury secretary under President George W. Bush, died on Saturday. He was 84. (NYT)

• The Trump administration will delay some tariffs, but to a lesser extent than business leaders had hoped. (WSJ)

• Bond Capital, the venture capital firm co-founded by Mary Meeker, has taken a look at how the pandemic has changed business and technology. (Axios)

• The coronavirus is forcing tech start-up founders to grow up fast. (WSJ)

• Bob Dylan’s handwritten lyrics for “The Times They Are A-Changin’” are on sale for $2.2 million. (Reuters)