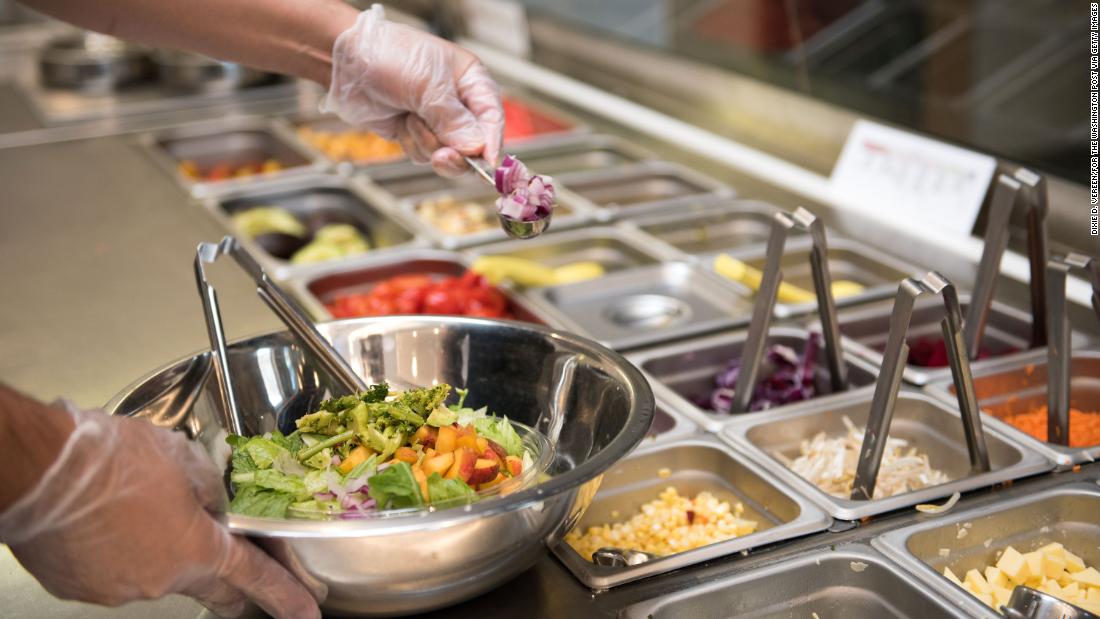 The trendy salad chain was awarded the loan as part of the US Paycheck Protection Program. The $349 billion stimulus package, overseen by the Small Business Administration, ran out of funding last week — leaving small businesses outraged that they couldn’t obtain loans, while larger companies could.
Sweetgreen cofounders Nicolas Jammet, Jonathan Neman and Nathaniel Ru wrote in an open letter that the company “quickly made the decision to return the loan” after learning about the problems with the program. The trio said that the privately held company’s revenue has been “dramatically affected” and was going to use the loan for employee pay.

“If this crisis has taught us anything, it is that we are all in this together and we believe strongly that the restaurant community needs more support and resources to weather this storm,” they said.

Sweetgreen joined Shake Shack (SHAK) in returning the money after backlash surrounding the program. Several media outlets have revealed how large chunks of the package were taken up by chain restaurants, hoteliers and publicly traded corporations, rather than small, local businesses.

Shake Shack CEO Randy Garutti and chairman Danny Meyer revealed their decision to give back the funding in an open letter Monday, saying that the NYSE-listed company no longer needs the money because they are “fortunate to now have access to capital that others do not.”

Garutti further explained to CNN’s Poppy Harlow on Monday that the program was a “great opportunity” for restaurants to receive funding, but the company changed its mind and returned the loan after hearing small business owners’ stories about not getting access to it.

Lawmakers are in talks to add another $310 billion in loans to the PPP. How quickly that second tranche of money would become available isn’t clear yet. Once the bill is signed into law, it would likely take an additional day before the SBA can reopen the program, according to one banking industry source.