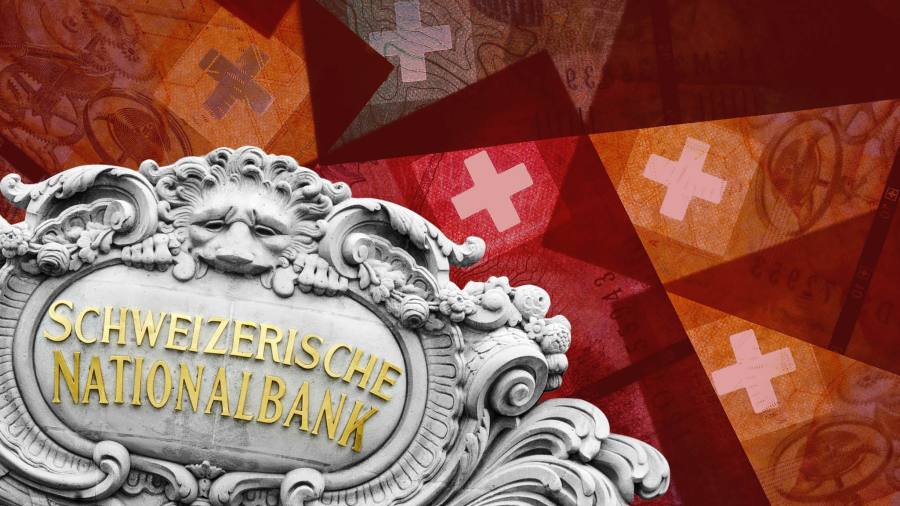 When the Swiss National Bank followed last year’s $50bn profit with a record $39bn first-quarter loss, it was a stark illustration of the volatility created by a decade of unconventional monetary policy.

The SNB’s balance sheet has ballooned over the past decade as the bank has snapped up other currencies in an attempt to hold down the franc. The SNB believes an overvalued currency, driven up by panicked investors seeking a haven for their cash, would create deflation and spell disaster for Swiss exporters.

But some see the foreign-currency investments — which, at almost SFr800bn ($811bn), exceed those of sovereign wealth funds of oil-rich states such as Abu Dhabi and Qatar — as an increasing threat.

“You do not want the SNB to become like a hedge fund, that has become so big relative to the size of the Swiss economy that if it does something wrong it could ruin the country,” said Stéphane Monier, chief investment officer at Lombard Odier, a private bank. “Can they push it to the absurd?”

The SNB declined to comment for this article. At a news conference in March, its governor Thomas Jordan said simply that the central bank “is helping to stabilise the economic situation” through its “expansionary” monetary policy.

“We must counteract increased upward pressure on the Swiss franc,” he added. “We have therefore decided to scale up our foreign-exchange market interventions, a tried-and-tested instrument, to shield the Swiss economy.”

The SNB has long used currency interventions alongside the lowest interest rates in the world, minus 0.75 per cent, as its main tools to control the franc.

Interventions have not always been well received. In January, the US threatened to label Switzerland as a currency manipulator, warning that actions in currency markets equivalent to more than 2 per cent of gross domestic product in any given year would trigger such a designation.

But coronavirus has changed the political calculation. Maxime Botteron, an economist at Credit Suisse, estimates the SNB’s first-quarter purchases amounted to more than 5.6 per cent of GDP.

Professor Michael Graff, head of macroeconomic forecasting at the Swiss Economic Institute, observed that once the franc had strengthened from SFr1.085 against the euro at the beginning of the year to SFr1.05 in mid-April, “it stayed there.” He added: “The SNB is going to keep on buying FX as much as is necessary to keep the Swiss franc in the comfort zone.”

The SNB should be careful not to lose its “credibility” with the markets, he said, noting that the balance sheet “has already exploded extremely, to put it bluntly.”

What distinguishes the SNB’s balance sheet from most other central banks is that much of its investment has been poured into equities, rather than government bonds. At one point in 2018, the central bank owned more of Facebook’s standard shares than Mark Zuckerberg, the company’s chief executive and co-founder.

For the bank’s leadership, the resulting swings in income, the first-quarter loss was the biggest since the SNB’s foundation in 1906, are just a matter of accounting. The bank prioritises liquidity above all else. It invests passively by replicating stock market indices, although it does not invest in other banks, or controversial companies such as arms manufacturers.

But keeping politics out of its experiment may be an increasingly difficult task, now that its pool of assets is equivalent to about 120 per cent of Switzerland’s economic output. The country’s corporatist political culture means the cantons, as well as federal politicians in Bern, have a stake — and a voice — in how the SNB conducts its affairs.

“The SNB is one of the sacred cows of Switzerland,” said Prof Graff. “You don’t criticise the SNB.”

That may not last. Several quarters of losses for the SNB, which, unusually for a central bank, is listed on the Swiss stock exchange, would mean halting distributions to the cantons under a profit-share agreement.

Some foresee a bigger danger: that the SNB could lose control of its policy for the franc, if circumstances dramatically alter and it needs to repatriate its holdings, throwing the exchange-rate effect into reverse.

“I think it will be difficult for the SNB to keep leaning against the wind,” said Mr Monier. “Its balance sheet could become excessively large. A $39bn loss in a quarter is not small. What happens when it gets to $100bn?”

In 2015, the SNB’s credibility took a knock when it dramatically abandoned its peg for the franc against the euro, causing a rapid appreciation that became known as the “frankenshock”. The SNB has since avoided giving firm guidance on where it believes the currency should be, keeping speculators guessing. That may give it more flexibility in the months ahead.

“The Swiss economy has adapted itself over the past 20, 30 years to the constant appreciation of the franc,” UBS chief executive Sergio Ermotti told the Financial Times. What is important, Mr Ermotti argues, is volatility in the franc “and how quickly it appreciates”.