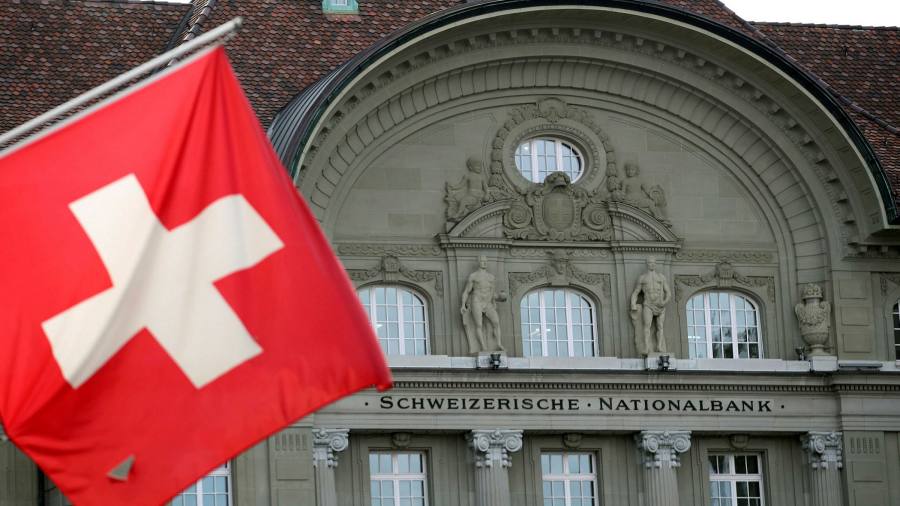 The Swiss National Bank has suffered its worst quarterly loss since its foundation in 1907, after the impact of the coronavirus pandemic on global markets wiped SFr38.2bn ($39bn) from the value of its reserves in the first three months of the year.

The hit came as the central bank staged what analysts said appeared to have been its most significant intervention to stabilise the Swiss franc since the “Frankenshock” of 2015, when the abrupt removal of the franc’s limit against the euro sent convulsions through foreign exchange markets.

“The loss was not unexpected given the exposure of the SNB to global asset prices . . . but what was really interesting today was the ability to get a better estimate on the scale of recent FX interventions by the SNB,” said Maxime Botteron, an economist at Credit Suisse.

He estimated that the SNB bought SFr27bn in foreign currencies in March — the most since January 2015.

The franc has steadily appreciated against the euro this year despite the SNB’s interventions, illustrating the extent to which the central bank is grappling with market forces as investors across the globe turn to haven assets during the turmoil wrought by the coronavirus pandemic.

Mr Botteron’s calculations mean the SNB has purchased foreign currency assets equivalent to approximately 5.6 per cent of Switzerland’s gross domestic product in the past three months, even as the value of its existing holdings plummeted.

Of the SNB’s SFr800bn in reserves, its foreign currency-denominated investments fell by SFr41.2bn in the three months to the end of March, the bank’s latest figures released on Thursday showed.

Losses were mitigated by its huge gold pile of more than 1,000 tonnes, which rose in value by SFr2.8bn, as market panic drove up the price of the precious metal.

The SNB’s foreign asset portfolio makes it one of the world’s largest institutional investors. Its holdings include major stakes in US blue-chip companies; at one point the bank owned more of Facebook than the company’s founder, Mark Zuckerberg.

The SNB does not seek to make a profit on its reserves. Instead, they are a key part of its unorthodox monetary policy to maintain competitiveness for the Swiss economy.

The bank has pledged to do whatever it takes to try to hold down the value of the franc. The currency has been under pressure to appreciate for years thanks to ultra-low interest rates in other developed markets, and because of Switzerland’s prominence as a bolt-hole for investors in times of crisis.

Alongside a policy of negative interest rates, the SNB regularly sells francs in international markets and acquires assets denominated in foreign currencies in an effort to drive down the franc’s value.

The SNB’s loss over the last quarter, while its largest ever, is still insufficient to erase the gains its investments made in the previous three months. The final quarter of 2019 brought gains of SFr48.9bn.