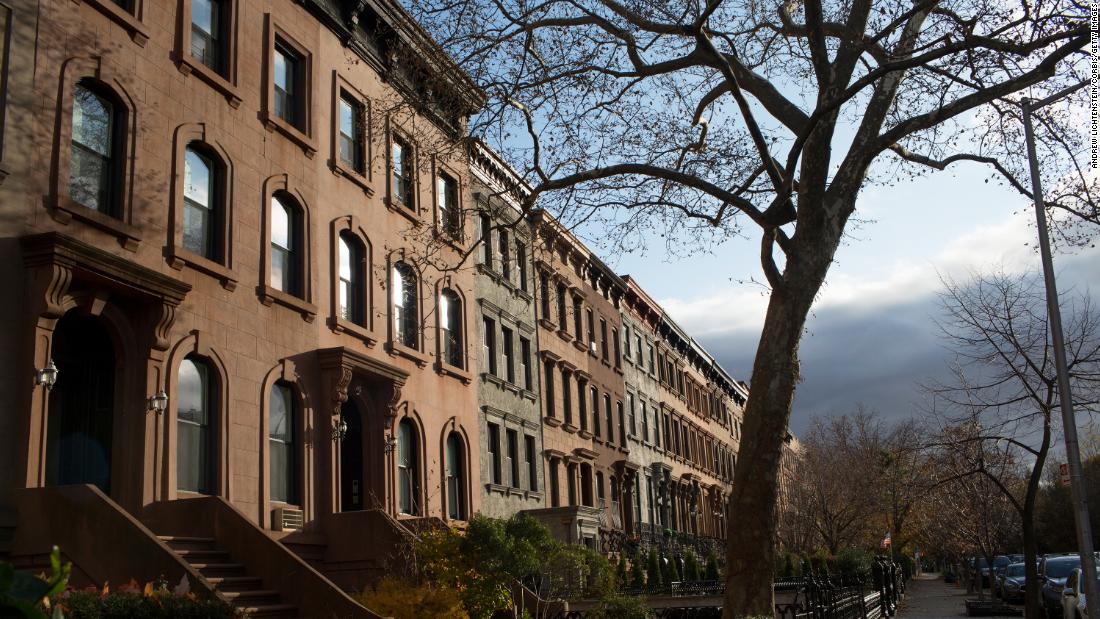 The $2 trillion stimulus package that passed the US Senate Wednesday will allow homeowners hurt by the health crisis to postpone mortgage payments for up to 12 months. That mirrors moves announced last week by mortgage giants Fannie Mae and Freddie Mac.
The goal is to make sure the millions of job losses caused by the social distancing restrictions imposed by governments don’t spark a wave of foreclosures. That domino effect would crash the real estate market, amplifying the considerable economic pain inflicted by the health crisis.

But that wave of missed mortgage payments threatens to spark a crippling cash crunch in the real estate finance industry unless the Federal Reserve steps in with even more emergency lending. Analysts expect the Fed to step in soon after the stimulus package becomes law. The House of Representatives is expected to pass the stimulus bill Friday.

The problem is that mortgage servicers, even after granting homeowners forbearance, are still on the hook with investors to continue paying principal and interest on the mortgages. They also must make payments to mortgage insurers, property insurers and local tax authorities.

And that could be a hefty sum given the economic carnage caused by the coronavirus pandemic. Initial claims for unemployment benefits skyrocketed to record highs. Mortgage servicers don’t have enough cash to cover the coming wave of missed mortgage payments. And a series of defaults by servicers would cripple a key part of the economy.

“It would be complete contagion. It would turn into a housing crisis,” Jay Bray, CEO of mortgage servicing firm Mr. Cooper, told CNN Business.

Mr. Cooper (COOP), one of the nation’s largest nonbank mortgage servicers, expects that one in four Americans could ultimately request mortgage payment deferrals.

The bill passed by the Senate would allow borrowers with federally backed mortgages who have a financial hardship directly or indirectly from the coronavirus pandemic to request forbearance. Borrowers can postpone mortgage payments for 180 days without incurring fees or penalties. And they can request to extend that forbearance for another 180 days.

This is not loan forgiveness. The missed mortgage payments would still be owed eventually, likely by extending the duration of the loan.

The mortgage industry, like many others, is turning to the Fed to invoke emergency powers and serve its role as the lender of last resort. In this case, the US central bank would provide a line of credit mortgage servicers could draw on to make the payments to mortgage investors on behalf of borrowers.

“It can’t come fast enough. We need a solution now. People are going to stop making their payments as early as April,” Bray said. “American homeowners are going to be hit like never before. This is unprecedented.”

The Mortgage Bankers Association, the industry’s lobby group, said it has held talks with the Fed and the Treasury Department for the past few weeks on this request for help.

“They have been very understanding of this issue and the need for liquidity,” Robert Broeksmit, CEO of the MBA, told CNN Business.

The MBA estimates that if one-quarter of borrowers request forbearance for six months or longer, advancing requirements on mortgage servicers could exceed $75 billion.

“The cash demand from what could be a large spike in missed payments would overwhelm the sector,” Broeksmit said.

“You would see widescale failures within the servicing system,” said Ed Mills, Washington analyst at Raymond James. “That would raise real questions about the plumbing of the housing finance system going forward.”

The Fed has made clear it’s willing to invoke emergency powers to prevent a credit crisis.
The US central bank has already agreed to buy commercial paper, short-term debt issued by large companies. And the Fed announced plans to set up an entity to buy corporate bonds. And it has promised to buy an unlimited amount of mortgage bonds.

Analysts expect the Fed will announce a facility to lend to mortgage servicers soon after the stimulus bill is enacted.

“This is not the type of chaos that we believe the Federal Reserve would want right as it is trying to calm down markets,” Jaret Seiberg, analyst at Cowen Washington Research Group, wrote in a note to clients Thursday.

“It is not contentious,” Seiberg wrote. “We believe it enjoys bipartisan support.”

He said that this facility was not explicitly included in the stimulus package because the Fed doesn’t need legislation to step in.

The Fed declined to comment. However, Fed Chair Jerome Powell emphasized Thursday there is no limit to the central bank’s willingness to provide credit to the economy.

“When it comes to this lending, we’re not gonna run out of ammunition,” Powell told NBC. “That doesn’t happen.”
Although the big bank mortgage servicers like JPMorgan Chase (JPM) and Wells Fargo (WFC) could borrow from the Fed’s discount window to make the mortgage payments, nonbanks like Mr. Cooper and Quicken Loans don’t have that option.

“There’s not one nonbank servicer in the industry that can make these payments,” said Bray, the Mr. Cooper CEO.

Unlike the rescues of the airline and aerospace industries, mortgage executives emphasized this would not be a bailout. The cash advances from the Fed would be repaid when the mortgages are paid off or refinanced.

“We’re looking for assistance. This is not a bailout,” Bray said. “This money is not coming into our company for payroll. It’s making the borrowers’ payments.”