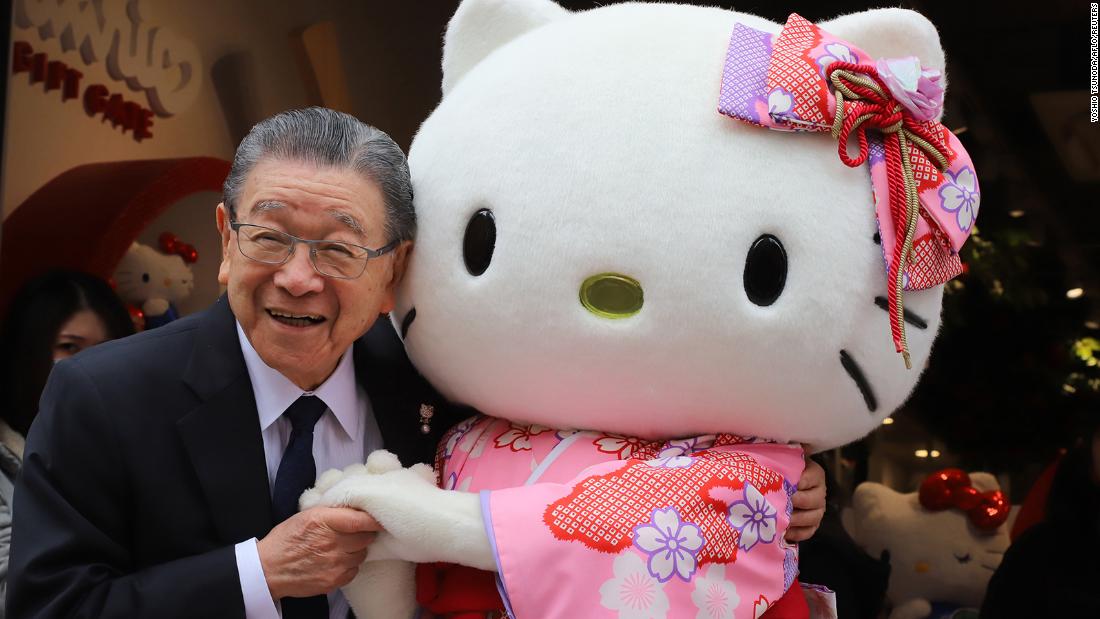 Shintaro Tsuji will retire as Sanrio chief executive on July 1, the company said in a statement Friday. Tomokuni Tsuji, 31, would take over to “ensure efficient decision making,” it added. Shintaro will remain as chairman.

Shintaro founded Sanrio as the Yamanashi Silk Center gift shop in 1960, and changed its name to Sanrio in 1973. Sanrio was one of the first Japanese companies to see potential in the character licensing business — and Hello Kitty is by far its most popular and profitable creation.

Since she was created in 1974 and made her debut on a vinyl coin purse a year later, Hello Kitty has appeared on everything from sneakers and paper towels to chopsticks and panini makers. The cartoon cat’s appeal was instrumental in spreading “kawaii” Japanese pop culture overseas. (The root of kawaii — “kawaisa” — translates as “cuteness” in English.) However, Sanrio has faced trouble growing its licensing business in recent years: The ratio of global royalty fees to sales dropped 11% in the 2019 fiscal year from a year earlier.

Sanrio, meanwhile, has grown into a retail and entertainment behemoth with amusement parks and restaurants in Japan, the United States and the United Kingdom.

One tweeted that Tomokuni “was the perfect image for Sanrio.”

Despite Hello Kitty’s enduring popularity, earnings at Sanrio have been under pressure for years. For the year ended March, net profits plunged 95% from the previous year to 191 million yen ($1.8 million), due largely to a drop in merchandise sales and the closure of its theme parks. Sales fell 6.5%, and the Sanrio Puroland theme park in Tokyo — also known as Hello Kitty Land — remains shut after closing in February due to the coronavirus pandemic. The park is scheduled to reopen July 20.

Family-run businesses in Japan often pass on the reins to their eldest sons. The founder’s son, Kunihiko, died in 2013 from heart failure, according to the company.