The Atlantic Lays Off 68, Citing ‘a Bracing Decline in Advertising’ 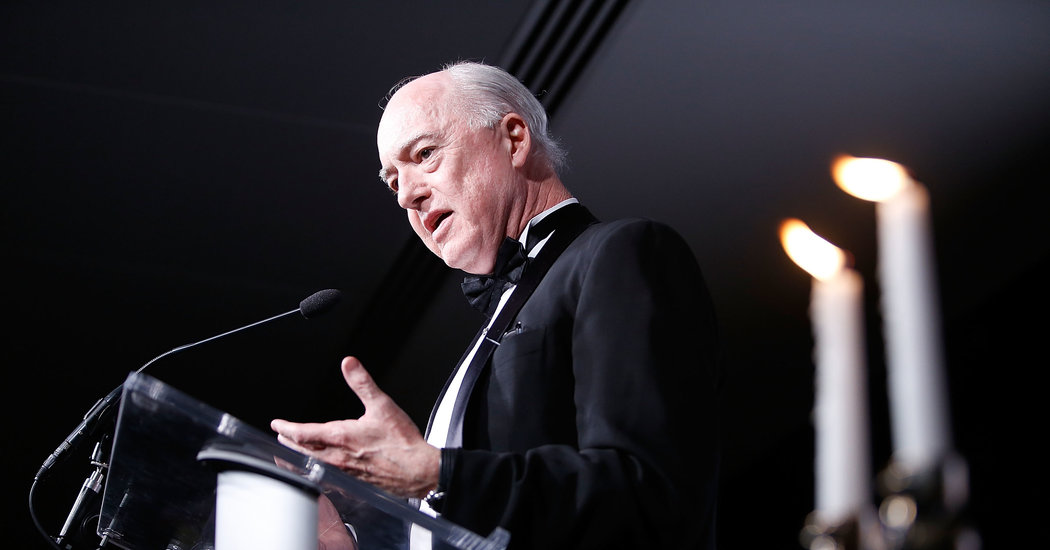 The Atlantic appeared to have the right ingredients for a successful 21st-century publication: strong journalism, a thriving digital operation and the enthusiastic backing of a multibillionaire, Laurene Powell Jobs.

But on Thursday the 163-year-old publication announced that it would lay off 68 employees, or 17 percent of its staff, evidence that even the most robust media businesses are vulnerable to the crisis that has ravaged news organizations nationwide.

The announcement followed a burst of layoffs in the news media business last week: 155 jobs lost at Vice, 100 at Condé Nast, 90 at The Economist, 80 at Quartz. The cuts at those companies and publications came in the wake of a free fall set off by the coronavirus pandemic, which has cut deeply into advertising revenue.

The layoffs at The Atlantic affected 22 staff members in the editorial department, 11 of whom worked in its now-shuttered video arm. The rest of the people laid off were mainly part of the live-events and marketing divisions. The Atlantic is also cutting executive pay and freezing salaries.

“This writing is hard two times over,” David G. Bradley, the chairman of Atlantic Media, which publishes The Atlantic, wrote in a note informing the staff of the layoffs. “It is the hardest writing in my 22 years with The Atlantic. And, for some of us, it will prove harder to read than for me to write.”

He added that the layoffs resulted from “the overnight and near-complete undoing of in-person events and, for now, a bracing decline in advertising.”

But Mr. Bradley, who said in November that he would be less active once a new chief executive is found, acknowledged that The Atlantic might have eventually eliminated some of these roles even without the virus. “In the absence of a pandemic and global crisis, we would have found some kind of kinder contraction,” he said in the memo. “Surely, we would have paused over furloughs instead of severance if we believed the positions were coming back.”

The laid-off Atlantic workers will receive “a minimum of 16 weeks salary,” as well as two additional weeks of pay “for each year of service beyond the first year,” according to the memo.

The Atlantic, which was founded by heavyweights of American thought including Ralph Waldo Emerson and Oliver Wendell Holmes and once counted President Lincoln as a loyal subscriber, has gone through significant changes in recent years. In 2017, Emerson Collective, the organization founded by Ms. Powell Jobs, agreed to acquire a majority stake in the publication from Mr. Bradley. The Atlantic then went on a hiring spree under its editor in chief since 2016, Jeffrey Goldberg, adding roughly 100 newsroom employees.

In September, the publication started charging for its expanded website.

The Atlantic has devoted significant resources to covering the pandemic. Its Covid Tracking Project has served as a reliable counter of confirmed Covid-19 cases in the United States. Its standout reports and essays have included Yascha Mounk’s “Cancel Everything” and Ed Yong’s “How The Pandemic Will End.” It started a podcast related to the crisis, “Social Distance,” as lockdown efforts went into effect across the country.

The coverage paid off: Since March, The Atlantic has added 90,000 subscribers, Mr. Bradley said, part of its overall 160,000 new subscribers. But the emphasis on subscriptions over advertising revenue was not enough to prevent the job cuts.

“This is the irony,” said Joanne Lipman, a distinguished fellow at Princeton University who has been a high-level editor at The Wall Street Journal, Condé Nast and Gannett. “News organizations have never done a better job than they’re doing right now. Their news has never been more in demand. They’ve been doing everything right from a news perspective. And yet here we are with these layoffs.”

Ms. Powell Jobs noted the importance of sufficient funding for news media organizations in a speech in November.

“Traditional business models have been buffeted by the digital revolution,” she said in the speech, which was made at a benefit sponsored by the Committee to Protect Journalists. “As a result, scores of local newspapers have closed. Long-form and investigative journalism is underfunded. Too much of what takes place in the corridors of power is left uncovered because of a lack of resources.”

Ms. Powell Jobs, the 35th richest person in the world, may have the resources to carry The Atlantic through any crisis — but Ms. Lipman said it would be a mistake for news organizations to depend on benefactors.

“That’s terrific,” she said of publications backed by rich patrons, “but that’s not a lasting solution for a business model.”

Since March, layoffs, furloughs and pay cuts have affected some 37,000 workers in the news media industry in the United States, according to a New York Times estimate based on company announcements, public documents and interviews with news executives, union leaders and newsroom employees.