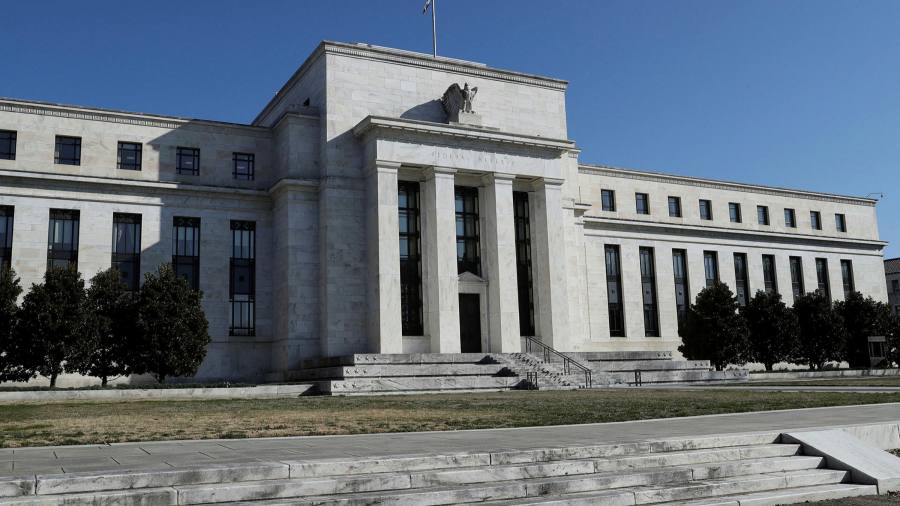 Regulatory reforms after the global financial crisis were supposed to have created a more robust and more resilient financial system. But the suddenness of the spread of the Covid-19 pandemic, and the subsequent lockdowns to contain it, have created meltdowns, volatility and squeezes on liquidity. The system is failing its first real stress test, and the international community needs to start getting to the bottom of it.

The post-GFC reform agenda strengthened systemically-important banks. Capital levels were raised, improving the banks’ ability to absorb losses, and liquidity coverage was strengthened and resolution regimes fortified. And so far, banks have weathered the coronavirus storm, although there is no room for complacency.

But the real problem is that the post-GFC agenda did not focus with similar intensity on non-banks. Many of the current stresses emanate from these players, which have grown significantly over the past decade. During the GFC, we heard about turmoil in commercial paper, money market funds, asset-backed securities, dollar global funding and high-yield debt. Today we hear the same, but also about stresses in corporate and municipal bonds, “risk parity” trades, exchange traded funds, mortgage servicers, repo markets and even US Treasuries.

Financial authorities recognised after the GFC that by tightening regulation around banks, activity would migrate to less regulated non-banks. Thus, the Financial Stability Board launched annual studies of “shadow banking.” In the US, the Financial Stability Oversight Council was granted powers to designate non-banks as systemically important. It urged the Securities and Exchange Commission to tighten rules for money-market funds.

Meanwhile, international efforts were launched to catalogue important non-bank actors and develop recommendations for oversight. Initially, the FSB focused on systemically important non-bank “entities”. Given differences between banks and non-banks, it switched to an “activities” focus, homing in on matters such as interconnectedness, size, leverage and mismatches in liquidity and maturity.

But while the case for oversight of non-bank activities was intellectually strong, a clear implementation plan was never fleshed out. Moreover, an approach centred on activities rather than entities should not preclude a focus on individual institutions. However, efforts to do so encountered huge resistance from politically connected, powerful non-bank actors.

The current US administration has had a deregulatory bent, when it comes to financial oversight. Within weeks of assuming office, President Donald Trump signed an executive order aimed at, in his words, “doing a big number” on Dodd-Frank, the main post-crisis law.

The Federal Reserve is still technically charged with critical responsibilities for financial stability, but has seemingly left this terrain to the FSOC. Last year the FSOC issued a rule that watered down any possibility of designating a non-bank firm as systemically significant. Former Fed chairs Ben Bernanke and Janet Yellen criticised the move for sharply limiting authorities’ ability to prevent the build-up of systemic risks. Tim Geithner and Jack Lew, the former Treasury Secretaries, were also critical.

So what is to be done?

In the summer of 2007, at the urging of the US, the G7 called on the Financial Stability Forum, the forerunner to the FSB, to undertake a comprehensive study of financial market pressures. In April 2008 the G7 received a report, and in October 2008, recommendations on reforms and implementation. This work formed the basis of the November 2008 G20 Leaders Action Plan, and a foundation for the 2009 summits in London and Pittsburgh.

But at the recent virtual meetings of the IMF, the G20, the FSB and the fund itself passed up a golden opportunity to launch analogous reports focused on non-banks. They are right to focus on immediate firefighting. But they should also start working together on an initial report to serve as a focal point for subsequent FSB plenary sessions, the fall IMF gathering and the G20 meeting in November.

The FSOC also should launch its own study on stresses from non-banks and possible remedial action. And the Fed should use its regular reports on financial stability not only to identify risks arising from non-banks — but to say what should be done about them.

The GFC was a self-inflicted banking crisis. Banks were the villains and reforms were readily pursued. The coronavirus crisis is an exogenous shock, not caused by non-banks. But that makes it no less disruptive for the global financial system and for ordinary Americans.

A root and branch response is clearly needed.