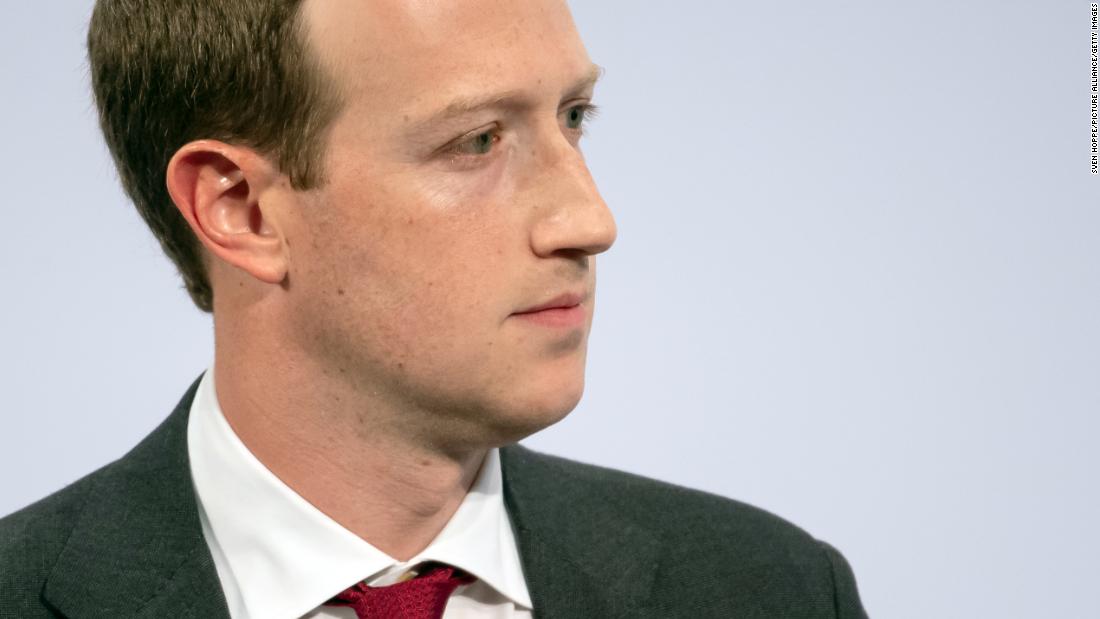 Facebook must continue to tackle an urgent and potentially dangerous form of misinformation around the virus while it simultaneously tries to figure out how much work its content moderators can do remotely at home and faces an unprecedented surge in usage that has the company scrambling just to keep its services running.

“Right now, this isn’t a massive outbreak in the majority of countries around the world yet,” Zuckerberg told reporters on a conference call Wednesday. “But if it gets there, then we really need to make sure we are on top of this from an infrastructure perspective, to make sure that things don’t melt down.”

Zuckerberg said Facebook’s services are facing “big surges” in usage as the coronavirus forces millions around the world to stay home, describing it as “well beyond” the main annual spike usually seen on New Year’s Eve. Voice and video calls on WhatsApp and Facebook Messenger, in particular, are at more than double their usual levels.

The pressure to keep the engine running comes as Facebook has been working for months to battle the spread of fake news around the coronavirus, taking down false claims about everything from how the virus spreads to what can cure it.

The company now plans to roll out a new Coronavirus Information Center at the top of users’ Facebook feeds, Zuckerberg said, deploying it in the US and Europe over the next 24 hours and to other countries in the coming days. The center will feature verified information from the World Health Organization and the Centers for Disease Prevention and Control, as well as public health experts, celebrities and governments around the world.

“While the response [to misinformation] isn’t perfect so far, I guess it’s hard to ever be perfect at scale,” Zuckerberg said. “I think we’ve executed on this quite well so far and I’m proud of that response.”

The coronavirus is also forcing more fundamental shifts in the way Facebook functions day to day. Many of the company’s 45,000 full-time employees around the world have been working remotely since January, and Facebook is now urging all its workers to work from home except for some key functions such as maintaining servers and security services.

Zuckerberg confirmed that he is personally working from home as well. “I don’t think it would be very good to encourage everyone else to do that and not do that myself,” he said. “It’s a big change to work from home.”

But ensuring contract workers — especially content moderators — can work from home is a bigger challenge, Zuckerberg said, because of privacy concerns and the sensitive nature of some of their work. Facebook is now moving some of the more sensitive content, such as suicide and self-harm, to full-time employees who can access the mental health protections the company has in place.

“A big part of our concern is if we have contractors … now working from home on those types of things, that would be very challenging to enforce that people are getting the kind of mental health support that they need,” he added.

Zuckerberg said contractors working from home will continue to get paid in full for as long as they need to, even if their workload is diminished.

Zuckerberg acknowledged that as Facebook adapts to changes forced by the coronavirus, some less sensitive types of content and misinformation that the company would ordinarily catch might slip through the cracks.

“I do think it’s reasonable to expect that, for some of the other categories where the severity might not be as imminent or extreme, that we may be a little less effective in the near term while we’re adjusting to this,” he said.