The day coronavirus became real for millions of Americans 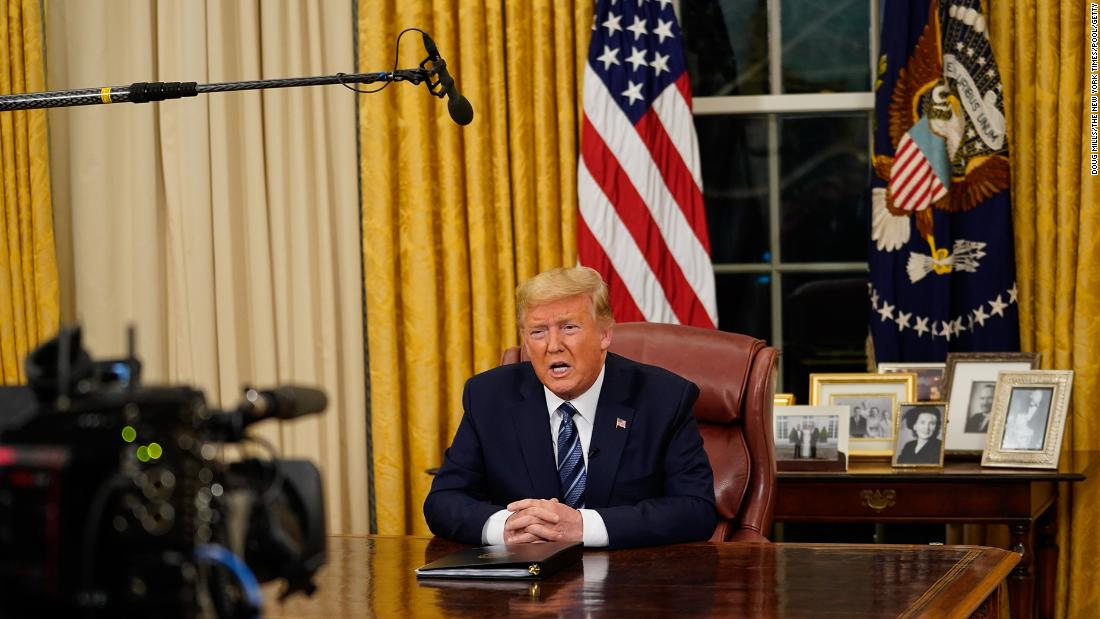 Wednesday, March 11, 2020. That’s the day the coronavirus crisis became real for millions of Americans. President Trump addressed the nation. Tom Hanks announced he had tested positive. The NBA suspended its season. The day started with the World Health Organization declaring a pandemic, and by the time it ended, things felt like they had hit an inflection point.

“The virus is an enormous story, a once-in-a-generation crisis that inevitably touches everyone’s lives,” NYT Exec Editor Dean Baquet and Managing Editor Joe Kahn wrote to staff in a Wednesday evening memo. On “NBC Nightly News,” Lester Holt noted, “Literally, the whole world is talking about this outbreak. None of us is unaffected.”

Things are happening at breakneck speed. Hours feel like days. Days feel like weeks. Weeks feel like years. And there is no end in sight. We don’t quite know what the future holds in store. But what we do know is that it’s likely that this story and news cycle will accelerate even more in the days and weeks ahead.

Trump’s travel restrictions are leading the homepages of virtually every major news organization Wednesday night. In his Oval Office address, Trump announced the stiff measure, with an exemption for the UK, marking one of the most significant measures yet the federal government has implemented to contain the virus.
But the ban was met with some immediate skepticism. Susan Glasser wondered, “Serious question here: Does the President actually believe the ‘foreign virus’ can be stopped from outside the country when it’s already here?” LAT’s Chris Megerian noted, “President Trump is mostly describing the coronavirus as a threat from overseas, something that can be shut out. But health officials say we’re past that stage, and reducing community spread is the key issue.”

If Trump hoped to instill confidence in the system and calm the markets with his speech, it did not work. US stock futures fell like a rock after his speech. Perhaps part of that was because Trump made a major error in the speech. The President said the restrictions would apply to “trade and cargo,” but the White House later walked that back to note that the travel ban only applies to human beings. Trump later tweeted, “Very important for all countries and businesses to know that trade will in no way be affected by the 30-day restriction on travel from Europe. The restriction stops people not goods.”

>> Of course, making a significant error like that in front of an audience of millions during a prime time address does not convey a great message, to say the least. Joe Lockhart commented, “An Oval Office address should be the most vetted speech a President gives. And one on a global pandemic even more…”

>> Brian Stelter emails: This was embarrassing, full stop. The president is responsible for the errors in his prime time address. Not his aides. Not his speech writers. Not his acting deputy secretaries…

Joe Biden to deliver address on the virus

On Thursday afternoon, at 1pm ET, Joe Biden is scheduled to deliver an address on the coronavirus in Wilmington, Delaware. As WaPo’s Matt Viser pointed out, “Expect it, in many ways, to be different from the address just given from the Oval Office.”

News from Trump’s speech was almost immediately overshadowed by news that Tom Hanks and his wife Rita Wilson had been diagnosed with coronavirus. Deadline first broke the story, which was later confirmed by Hanks on Instagram. Hanks wrote that he and his wife were in Australia and started to feel “tired, like we had colds, and some body aches.” They received tests for the virus and were found to be positive.

“Well, now. What to do next?” Hanks rhetorically asked. “The Medical Officials have protocols that must be followed. We Hanks’ will be tested, observed, and isolated for as long as public health and safety requires. Not much more to it than a one-day-at-a-time approach, no? We’ll keep the world posted and updated.”

As Americans were digesting the stunning news about Hanks, there was another shocking development: the NBA announced it will suspend its season after a player on the Utah Jazz tested positive for coronavirus. The NBA said the test result “was reported shortly prior to the tip-off” of the game between the Jazz and Oklahoma City Thunder at Chesapeake Energy Arena.

The NBA said when the game was canceled, the “affected player was not in the arena.” The NBA then further said it was “suspending game play” until “further notice.” The league added, “The NBA will use this hiatus to determine next steps moving forward in regard to the coronavirus pandemic.”

March Madness to be played in empty arenas

“The NCAA announced Wednesday that March Madness will go on as planned, but fans won’t be allowed to attend because of concerns over the coronavirus outbreak, “Theresa Waldrop and David Close reported for CNN Wednesday. “Only essential staff members and family members can attend, the NCAA said in its statement, which came just hours after the World Health Organization declared the outbreak of the novel coronavirus, known as Covid-19, a pandemic.”

Brian Lowry emails: The games go on … without fans. Attendance for sporting events has been generally dropping, while TV rights deals soar. In that context, playing games like the NCAA Tournament without fans — as opposed to canceling events — is a symbolic acknowledgment that big-money sports are now primarily TV-first experiences, with networks increasingly calling the shots…

Sean Hannity said on his program Wednesday night something that I think everyone would agree with. “Make no mistake,” Hannity said, “In serious situations, truth matters, facts matter. And unfortunately, there has been way too much … untruths being told.” Yes, unfortunately, some partisans have been poisoning the information wells with bad information. Hannity, perhaps understands this better than anyone else, as he is one of those people.

For instance, on Wednesday night, a day *AFTER* Doctor Anthony Fauci told him on his program that the coronavirus is far more lethal than the seasonal flu, Hannity continued to cite flu statistics in an apparent effort to suggest it is perhaps a greater cause for concern than the coronavirus. Trump has also cited such stats in the past, in seeming to use the info to dismiss the seriousness of the coronavirus.

Hannity, however, is far from alone. Right-wing conspiracy theorist Alex Jones has been telling his viewers that his toothpaste kills the coronavirus. And Rush Limbaugh told listeners of his show on Wednesday that the virus is “accomplishing everything every enemy of Donald Trump, and us, has wanted to accomplish for the last four years.” The “panic is just not warranted,” Limbaugh declared, saying it presented to him a “gigantic series of question marks and red flags.” Limbaugh elaborated, “It’s just the timing of it. The gleeful, gleeful attitudes in the media about this, the gleeful attitudes that Democrat leaders have about this.”

“Rupert Murdoch could save lives”

Over at WaPo, Margaret Sullivan’s Wednesday column touched on the topic of right-wing misinformation. Sullivan wrote that “Rupert Murdoch could save lives by forcing Fox News to tell the truth about coronavirus.” Sullivan noted, “The insidious feedback loop between President Trump and Fox News is no secret.”

“So imagine if the word flowed down from on high that Fox News should communicate to Trump that he needs to take an entirely new tack on the virus,” Sullivan wrote. “Imagine if Murdoch ordered the network to end its habit of praising him as if he were the Dear Leader of an authoritarian regime and to instead use its influence to drive home the seriousness of the moment.” I wouldn’t hold your breath, Margaret.

If you haven’t already, you should read McKay Coppins’ latest at The Atlantic about Trump’s “dangerously effective coronavirus propaganda” machine. Coppins underscored, “Sowing strategic doubt about the facts of a global pandemic is fundamentally different from doing it with, say, an impeachment hearing. The dangers are more tangible and immediate to voters, regardless of whether they support Trump. The stakes are higher.”