The economy seems to be turning a corner, but jobless claims are still in the millions 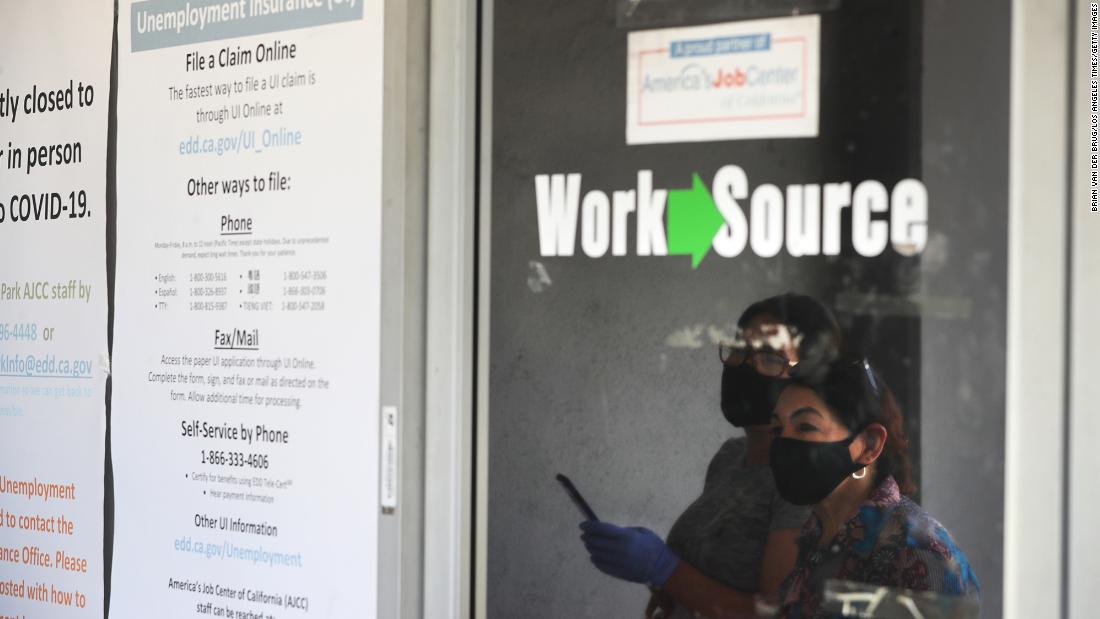 Another 1.5 million workers filed for first-time jobless benefits last week, the Department of Labor said Thursday. Initial claims have been falling every week since peaking at 6.9 million in the last week of March. Economists think this means that most job losses due to the pandemic are behind us.

Overall, more than 45 million Americans have now filed for first-time benefits since mid-March.

Stripping out the seasonal adjustments, initial claims stood at 1.4 million last week. These adjustments smooth out the data in normal times but add unnecessary noise in this unprecedented situation.

Continuing claims, which count people who filed for benefits for at least two weeks in a row, stood at 20.5 million, only slightly down from 20.6 million in the prior week. Experts are looking for this number to come down substantially over the summer. If it doesn’t, it could mean that the labor market recovery is much slower than hoped.

On top of the regular unemployment benefits, 760,526 workers in 46 states filed initial claims for pandemic unemployment assistance. These additional benefits were created by Congress to provide aid to independent contractors, the self-employed and gig workers among others.

A tale of two economies

Economic data has been painting a murky picture over the past weeks.

On the one hand, things are clearly improving: the May jobs report was far better than expected and retail sales also roared back this month. The data indicates that things are improving as states are reopening and people are recovering from the initial shock of the lockdown and the public health crisis.
That not withstanding, millions of people remain unemployed. More than 20 million jobs vanished at the height of the lockdown and it will take time to rebuild the labor market. Meanwhile, the number of Covid-19 infections is rising in some states, putting the reopening in jeopardy.

Federal Reserve Chairman Jerome Powell reiterated during is Congressional Testimony earlier this week that the pace and strength of the recovery remained uncertain. Powell also said the central bank, as well as the government, might need to do more to support the economy, its workers and those hit hardest by the pandemic recession. The Fed has stressed that minority groups including black, Hispanic and female workers have been overpresented in bearing the brunt of the crisis.