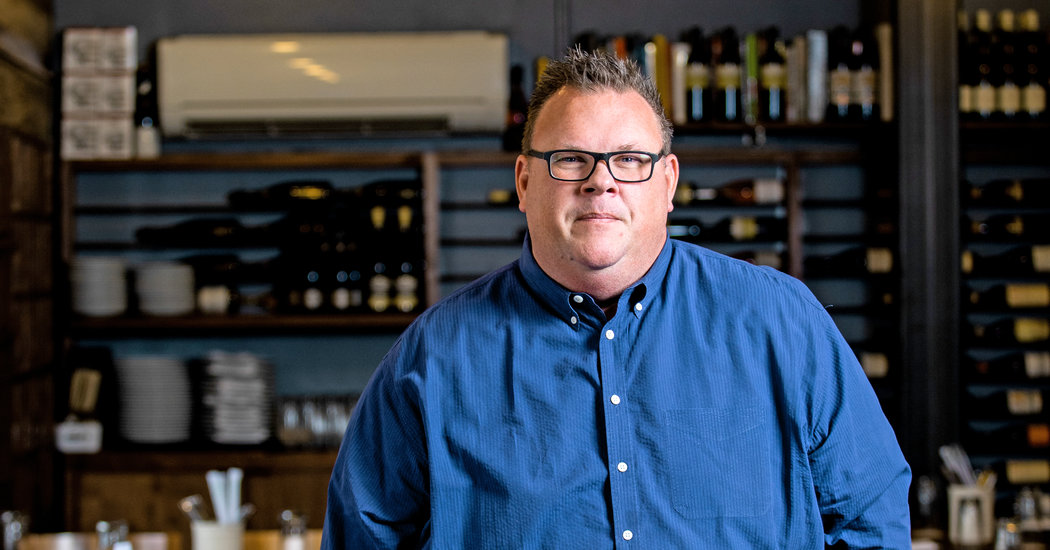 “I mean, nobody tells you that,” she said.

Mr. Shepherd credits Bobby Heugel, a prominent bar owner and restaurateur who was an original partner in Underbelly, for helping to create the restaurant’s ethic, including displaying photos of the people who inspired the food.

Two days after the Southern Smoke event in October, Mr. Shepherd ran into Mr. Heugel at Blacksmith, a coffee shop he co-owns. He introduced Mr. Heugel to a reporter as “the guy who helped start all of this.”

Mr. Heugel said later that he was surprised by the compliment. “He doesn’t usually say that kind of thing around other people,” he said. Mr. Shepherd, he added, seems to have grown into his current role. “He’s matured, and now recognizes his responsibility as a leader of our food scene.”

Before the arrival of the coronavirus, this year was gearing up to be Mr. Shepherd’s busiest yet. In addition to planning his wedding (it is the second marriage for both him and Ms. Brown), he has partnered with a meat producer to make Chris Shepherd’s Pecan Smoked Bacon Sausage, which he hopes eventually to sell at two Georgia James kiosks at NRG Stadium, home of the Houston Texans.

Mr. Shepherd led this reporter on a tour of the historic market, where vendors sell produce and crafts. He’s helping to redevelop the property into something like Pike Place Market in Seattle: a culinary attraction with restaurants and stalls selling both grocery items and prepared food.

If the revamped market opens as scheduled early next year, Underbelly Hospitality will operate its own businesses in the roughly 230,000-square-foot space, including at least one of the restaurants tested at One Fifth. The rest of the tenants will be chosen by Mr. Shepherd to ensure they’re representative of Houston’s population.