The Fed’s experiment with junk bonds is about to begin 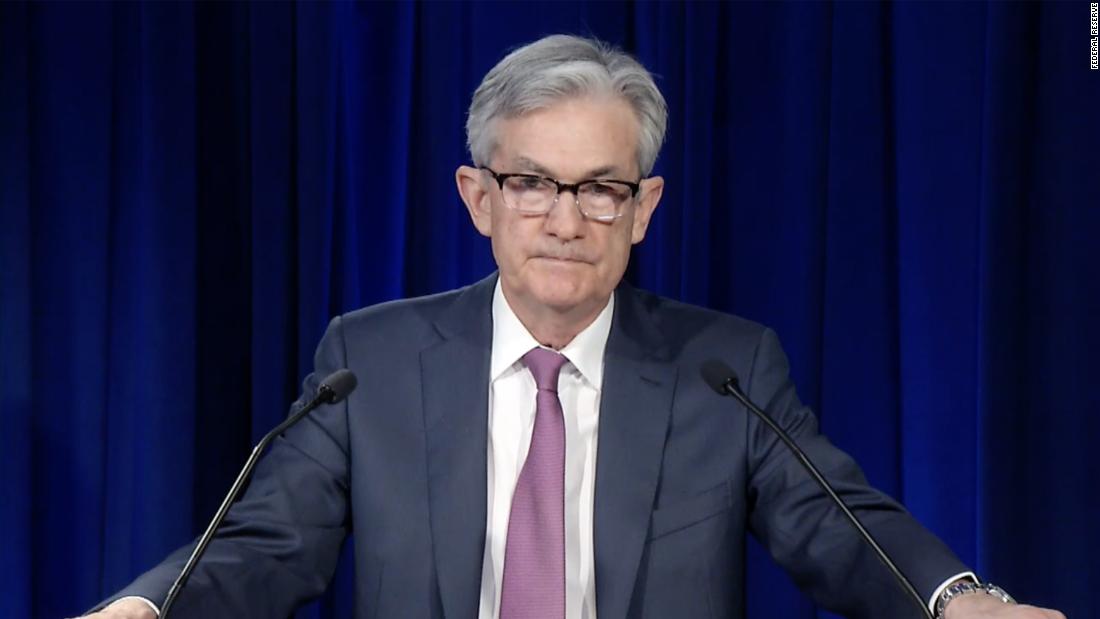 That promise had a profound impact — even though the US central bank has not yet directed the purchase of a single corporate bond.

The Fed’s words alone helped restore Corporate America’s access to borrowing markets. Even troubled companies slammed the pandemic such as Carnival, Boeing and Ford were able to borrow vast sums of money.
And it’s no coincidence that the historic collapse in the US stock market ended that day too. The S&P 500 spiked as much as 31% above its March 23 low. Even after a recent pullback, the index is up 25% over that span.

“Central banks are sometimes as effective in their words as they are with actual action,” said Peter Boockvar, chief investment officer at Bleakley Advisory Group.

Launching in early May

But the Fed has not actually begun to buy bonds yet, despite the dramatic impact on markets.

In a tweet on Friday, billionaire investor Jeffrey Gundlach called it “the most effective jawboning success in Fed history.”

The goal of the programs, according to the Fed, is to make sure large employers have access to the credit they need to ride out this unprecedented storm.

“The availability of credit has contracted for corporations and other issuers of debt while, at the same time, the disruptions to economic activity have heightened the need for companies to obtain financing,” the Fed said in an FAQ online.

However, there is no requirement for companies that take advantage of the Fed’s bond-buying program to keep workers. Nor are these companies required to suspend stock buybacks or dividends.

The Fed originally said participants in the corporate bond-buying facility must have at least a BBB credit rating as of March 22. That’s the lowest rung of investment grade.

However, it later opened the program to “fallen angels,” which are investment-grade companies that have recently been dropped into junk territory. There were $101 billion worth of downgrades into junk territory during the first quarter, according to Fitch Ratings. Prominent fallen angels included Ford, Kraft Heinz (KHC) and Occidental Petroleum (OXY).

Not all junk-rated companies can participate. Firms must be rated at least BB- at the date of the purchase.

Critics argue the Fed is overstepping its mandate by purchasing corporate bonds — a step it never took during the 2008 financial crisis.

Gundlach said the Fed is using a “shell company set up to circumvent” the Federal Reserve Act, which created the US central bank.

The Federal Reserve Act prohibits the Fed from buying corporate assets. To get around that problem, the Fed is setting up a special purpose vehicle managed by BlackRock (BLK) to do the buying. The central bank cited “unusual and exigent circumstances” that authorizes the Fed under Section 13-3 of the Federal Reserve Act to conduct “broad-based” lending facilities.

Still, the Fed will be the one calling the shots. The Fed website said BlackRock will be “acting at the sole direction of the New York Fed on behalf of the facilities.”

“It’s terrible what they are doing. The Fed did a complete runaround the Federal Reserve Act,” said Boockvar, the Bleakley Advisory Group CIO.

No matter the legal debate, there is no question the corporate credit markets flung wide open after the Fed’s March 23 announcement.

For example, Carnival (CCL) was so desperate for cash in March that it reportedly considered a high-interest loan from hedge funds and other distressed debt investors. But after the Fed’s intervention, Carnival was able to raise nearly $6 billion through the bond market — at a much better rate than what it would have gotten from the hedge funds.
Likewise, Ford (F) sold a record-setting $8 billion junk bond in mid-April, just weeks after it was downgraded to junk territory.
Even Boeing (BA) raised enough money to avoid needing to take the bailout it had previously requested. Boeing announced last week it had raised $25 billion through a bond offering, preventing it from tapping funding set aside in the stimulus package. That’s despite the fact that S&P Global Ratings had downgraded Boeing’s debt to the lowest level since 1981 — and the last rung before entering junk territory.

Beyond the legal questions, some fear the Fed’s emergency steps will set a dangerous precedent that could be hard to undo when the crisis is over.

“The problem with Fed involvement is it becomes a slippery slope,” said Boockvar. “They get more and more involved with more and more debt. Then you run into a recession and everyone is worried about the debt.”

Consider what happened with quantitative easing, the Fed’s 2008-era experiment with buying US Treasuries and mortgage securities. The purchases inflated the Fed’s balance sheet to $4.5 trillion by 2014, compared with just $900 billion in 2007.

The Fed was never able to significantly shrink that balance sheet without rattling markets. And then the coronavirus pandemic struck. Now, the Fed’s balance sheet has climbed to a record $6.7 trillion and analysts expect it will soon climb to $10 trillion.

“It’s just this perpetual cycle that we can’t seem to get off,” said Boockvar.