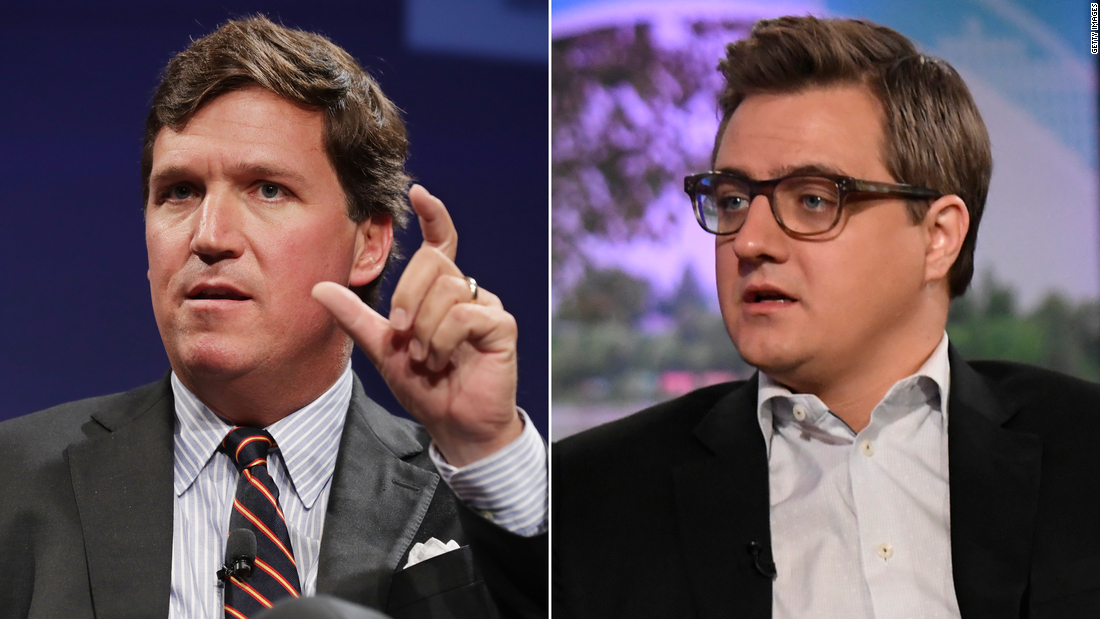 At the top of his prime time show Tuesday night, Tucker Carlson hyped a video featuring two California doctors who downplayed the threat of the coronavirus. The doctors, Dan Erickson and Artin Massihi, are the co-owners of an urgent care clinic in Bakersfield. They went viral in the last few days for delivering a presentation last week in which they suggested the mortality rate of Covid-19 is similar to the flu.

The arguments the doctors put forward have been widely criticized. The American College of Emergency Physicians and the American Academy of Emergency Medicine said in a joint statement that they “emphatically condemn the recent opinions released” by Erickson and Massihi. And YouTube removed the video for violating its community guidelines, which have been strengthened to prevent coronavirus misinformation from spreading rampantly on the platform.

But Carlson promoted their claims anyway. In fact, the Fox News host argued that “what YouTube just did” by removing the video will be seen “as a turning point in the way we liven this country.” He declared that YouTube and Google “have now officially banned dissent.”

Over on MSNBC, at the same time Carlson was spotlighting the claims from the doctors, Chris Hayes was working to debunk them. Characterizing Fox News as comprised of “coronavirus truthers,” Hayes quoted University of Washington biologist Dr. Carl Bergstrom who said the doctors had “used methods that are ludicrous to get results that are completely implausible.” Hayes also highlighted the blatant hypocrisy in Fox’s top hosts calling for people to return to work when Fox’s own executives have instructed the network’s staff to work from home.

It was another perfect case study in the choose-your-own-news phenomenon that has come to define the media in the last few years. It’s not just that Hayes and Carlson were offering different viewpoints to their audiences. The two shows were mirror images of each other. What Carlson said, Hayes debunked. But, stuck in their bubble, Carlson’s audience will likely not see the information Hayes outlined.

Brian Lowry emails: Remember when Carlson’s monologue reportedly prompted the president to take the coronavirus threat more seriously? It’s a long way from that interlude — way back in mid-March — to the Fox News host now stating, with unsupported absolute certainty, that the virus “just isn’t nearly as deadly as we thought it was.”

A large portion of Carlson’s opening monologue was aimed at skewering YouTube for removing the video featuring the California doctors. Positioned in front of a graphic that read “BIG TECH CENSORSHIP,” Carlson argued, “The only justification for taking it down was that the two physicians on screen had reached different conclusions from the people currently in charge. It was a form of dissent from orthodoxy.”

In a statement, YouTube said in part, “We quickly remove flagged content that violate our Community Guidelines, including content that explicitly disputes the efficacy of local healthy authority recommended guidance on social distancing that may lead others to act against that guidance….From the very beginning of the pandemic, we’ve had clear policies against COVID-19 misinformation and are committed to continue providing timely and helpful information at this critical time.”

Donie O’Sullivan emails: Virginia Senator Mark Warner blasted YouTube on Tuesday after a CNN report Monday detailed how a US Army reservist in Virginia had become the target of conspiracy theorists falsely putting her at the start of the coronavirus outbreak. Warner’s office reached out to YouTube on Monday asking why the company hadn’t taken down all the videos targeting the woman.

YouTube told CNN Monday that it had taken down videos from conspiracy theorist George Webb’s YouTube channel targeting Maatje Benassi, the US Army reservist. Warned told CNN Tuesday, “This shouldn’t be something that requires attention from a major news network and a U.S. Senator to fix.”

“It’s clear that the blanket grant of immunity for sites like YouTube has resulted in platforms that are too big and unresponsive to the harms they promote,” he added, saying Congress need to act. YouTube said it will continue monitoring Webb’s YouTube channel.

Speaking of YouTube and misinfo… YouTube announced on Tuesday that it will expand its fact check information panels to the United States. The panels display fact checks when users search certain key words and topics. The company noted people rely on YouTube for accurate information, adding that the pandemic “has reaffirmed how important it is for viewers to get accurate information during fast-moving events.” YouTube is partnering with over a dozen publishers in the United States, includingThe Dispatch, WaPo, FactCheck.org, and others.