The Future That Hollywood Feared Is Happening Now 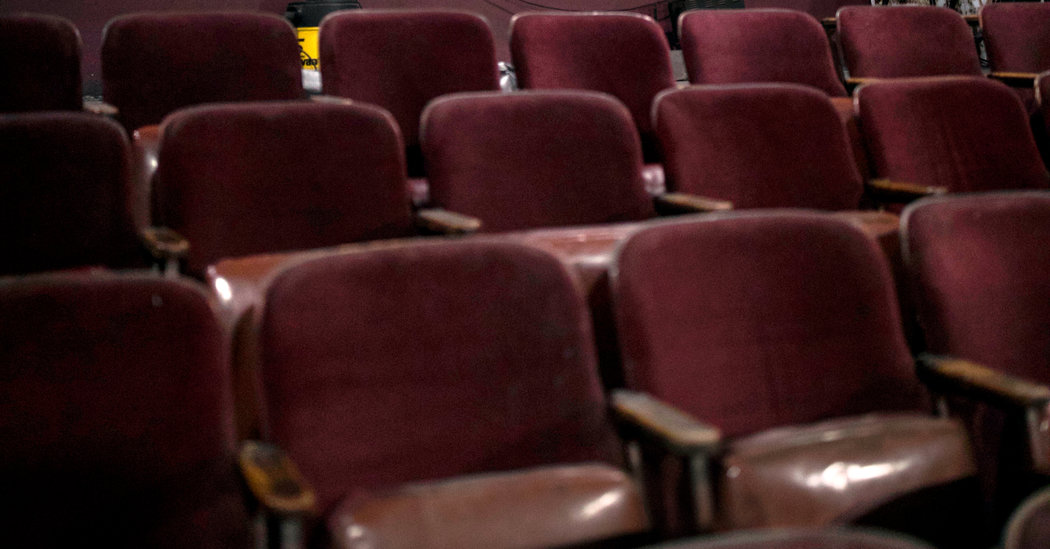 The movie industry was already on a precipice. Did the pandemic just give it a push?

With theaters shuttered all over the world and hundreds of millions of people ordered to stay at home, it’s unclear when the movie industry can resume business as normal, or even whether that “normal” will look anything like Hollywood wants it to. Pivotal pieces of the film calendar — including the summer-blockbuster season and the year-end awards gantlet — have been thrown into disarray, and in their absence the gulf between streaming media and the theatrical experience may only widen further.

How will the movie industry cope with these disruptions, and what will happen to the rest of 2020 if fearful audiences can’t be coaxed back to the theater? Season by season, the outlook is bleak.

If a magic wand could be waved that would eradicate the coronavirus and free people from their homes, the most lucrative summer movie season ever would surely follow.

But there is no magic wand. A potential vaccine for the coronavirus will take at least a year to become available, and in that time, it’s hard to imagine a feasible way for movie theaters to reopen and turn a regular profit. Even if plans were drafted to deep-clean theaters between screenings and limit attendance so moviegoers could still keep a safe distance, will studios still want to screen their would-be blockbusters for such a decimated crowd? These movies often need to make hundreds of millions of dollars simply to break even, an impossible task for a world where only a sliver of the population gets to see them.

Though Universal delayed the Vin Diesel-led “Fast 9” nearly a full year, from May 2020 to April 2021, other studios have been more cautious about making changes to their schedules. Warner Bros. has not yet announced a new release date for Christopher Nolan’s “Tenet,” currently parked on July 17, and though the studio moved “Wonder Woman 1984” off its June 5 berth, that superhero sequel is still set to come out in August. Both films are intended to be billion-dollar grossers, but that hardly seems realistic if people remain discouraged from gathering en masse, especially in hard-hit markets like China.

Still, many in Hollywood are taking a wait-and-see approach to the pandemic. Disney postponed early-summer films like the Marvel entry “Black Widow” and the Pixar title “Soul,” but the studio’s live-action take on “Mulan,” already bumped from its spring slot, is currently scheduled to come out July 24. Is it because the movie is aimed at a young audience, the demographic that has so far proven most resistant to the coronavirus? Or will Disney need every part of its empire projecting confidence in order to get people back into its theme parks and onto its cruise ships by the end of summer?

Some studios have pivoted to digital debuts or shifted smaller and already-released films onto streaming services. Paramount sold its imminent Kumail Nanjiani-Issa Rae comedy, “The Lovebirds,” to Netflix, while Universal just released the pricey animated film “Trolls: World Tour” on demand for $19.99. The studio bragged that “Trolls” set an all-time digital record but declined to release figures, leaving it still unclear how profitable a digital-only release can be for a big-budget tentpole.

And while families will pay less for a “Trolls” rental than they would on several movie tickets, the price still compares unfavorably to a monthly Netflix subscription ($8.99 to $15.99). The streaming behemoth is well-suited to ride out the pandemic, and its summer slate remains unaffected. Audiences’ allegiance to Netflix and other new streaming services will probably grow even more entrenched the longer theaters are closed.

Fall: Film festivals are in doubt.

The attendees are typically tired, overscheduled, and stressed out — a trade-off for the privilege of seeing great films in advance — and they only grow more worn-down as the festival continues. It is the lucky few who make it to the end without contracting some sort of cold. Now, they’re up against something far worse.

Given this, it’s hard to imagine how the finely calibrated calendar of film festivals can continue as planned. South by Southwest was the pandemic’s first major event cancellation in March and the Cannes Film Festival, initially postponed from its usual May slot, looks to be the next, as the French president, Emmanuel Macron, has extended a ban on public events in the country until mid-July.

Films like Wes Anderson’s “The French Dispatch,” which was intended to premiere at Cannes in May ahead of a summer release, have already been pushed to later in the year. Organizers admitted this week that Cannes can’t be held the way it was originally intended: Even if the festival was bumped to a late-summer date, it would face interference from three key film festivals that begin in September and are meant to kick off the prestige movie season.

But will any of those fests still happen? The Venice Film Festival is up first, on Sept. 2, and while a premiere there is usually coveted — last year, “Joker” began its juggernaut run on the Lido — Italy is still reeling from a coronavirus outbreak that has killed more than 20,000 of its citizens so far. Will this devastated country really be ready to throw a glamorous film festival a few months from now? And will Hollywood stars be eager to travel to it?

Subsequent festivals in Telluride, Colo., and Toronto are considered even more important to launching year-end films. Still, some experts have warned of a potential coronavirus resurgence in the fall, and many may balk at going even if protective measures are taken and capacity is reduced. And if it looks like the 2020 awards season may be compromised, many prestige films could opt to sit out this festival year entirely.

Winter: Will Oscar season crumble, too?

This was supposed to be an afterglow year for the Oscars, a time to bask in the good will generated from Bong Joon Ho’s popular “Parasite” and its triumph in the best-picture category.

Now, just a few months after that history-making moment for a Korean film, the motion picture academy may be pushed into another forward-thinking decision before it’s quite ready: Will the Oscars allow films to be eligible if the pandemic prevents them from receiving a theatrical release?

Some streaming movies have previously earned Oscar attention with only a minimal, obligatory dip into theaters, but the prospect of no theatrical release at all is a bridge the academy has never been willing to cross. After winning recent concessions from Netflix to commit to a longer theatrical release window for the company’s awards titles, the academy may now be especially reluctant to allow mass exceptions. Loosen the rules just this once, and it could prove difficult to put the genie back in the bottle.

Another possibility that’s been floated is extending Oscar eligibility so that the next show will include films released in both 2020 and 2021, something the academy has not done since several double-decker ceremonies in the 1930s. If academy bigwigs embrace that scenario, major Oscar contenders like this December’s “West Side Story” are in danger of becoming old news by the time voters fill out their ballots, and even Netflix might be tempted to push year-end awards films like David Fincher’s “Mank” and Ron Howard’s “Hillbilly Elegy” into 2021.

The academy had planned a board meeting for this week where these issues were almost certain to come up, though it was recently postponed to April 28. In the meantime, some acclaimed films that were set to come out over the next few months are already on hold: Until the academy offers further guidance, these filmmakers and casts don’t want to forsake their Oscar eligibility for a digital release. The only thing that’s certain right now is that many more dominoes have yet to fall.