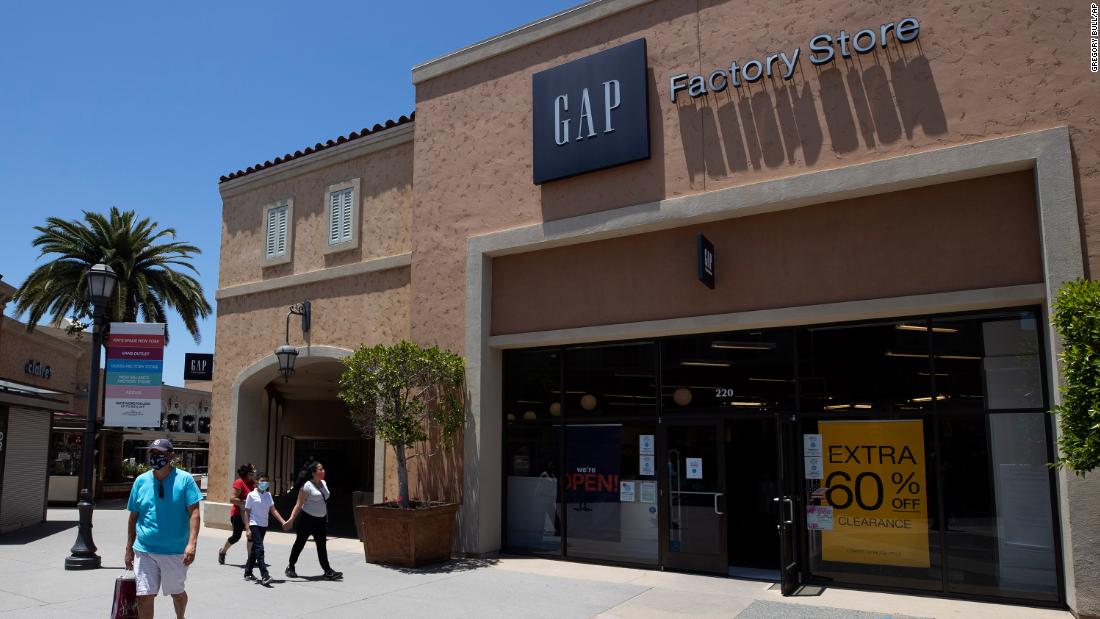 And for a sector that has seen bankruptcies at national retailers such as JCPenney, Neiman Marcus and J.Crew, that pretty much counts as a win.
The Gap closed 90% of its stores during the quarter because of the Covid-19 pandemic, but said its reopening is ahead of schedule. Sales plunged 43% in the quarter that ended May 2, but online sales for May were double what they were a year ago.

And the company said cash-saving measures taken during the quarter left it with $1 billion in cash on hand as of May 2, a bit more than it had a year ago.

Still, the much-bigger-than-expected loss sent shares of Gap (GPS) down more than 5% in after-hours trading.

About half of the cash on its books at the end of the quarter came from drawing down $500 million on a credit line, which raised the amount of the company’s debt by 18%.

It also stopped paying rent at many of its stores, prompting lawsuits from some of its landlords. This week Simon Property Group (SPG), the nation’s biggest mall operator, sued Gap in Delaware state court seeking to recover $66 million in back rent.

A statement from Gap earlier Thursday said it is trying to reach agreements with its landlords.

“It’s important to note the profound effect that Covid has had on shopping centers as well, leaving them closed to us and our customers for months,” said the company in its statement.

“We remain committed to working directly with our landlords on mutually agreeable solutions and fair rent terms. We are pleased with the progress we’ve made with many landlords as we’re reopening stores across the country, moving forward together towards growth.”

In its earnings report, Gap said it already has more than 1,500 stores open in North America, and that it expects to have the “vast majority” of them open in June. The company had more than 2,600 North American stores at the end of 2019, and 3,700 stores worldwide.