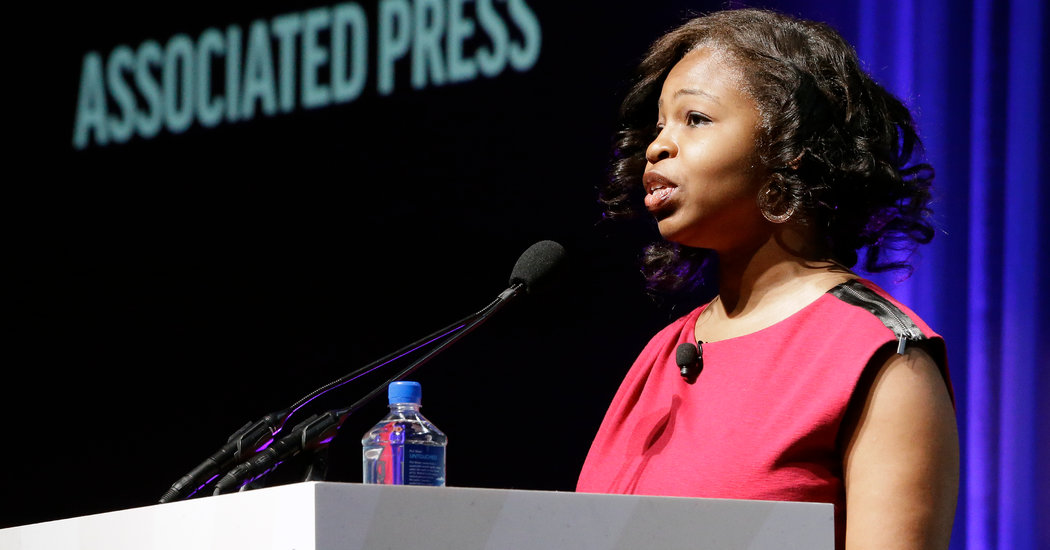 The Hollywood Reporter has a new boss.

Less than a month after Matthew Belloni stepped down as editorial director, Valence Media has named Nekesa Mumbi Moody, the global entertainment and lifestyles editor for The Associated Press, as the new chief of the Hollywood trade paper.

Ms. Moody will move to Los Angeles to helm a recently gutted operation, where a dozen journalists lost their jobs in the wake of Mr. Belloni’s departure. The Hollywood Reporter’s publisher, Lynne Segall, and the veteran film critic Todd McCarthy were among those laid off as Valence Media, the publication’s parent company, tried to balance a budget sheet that was reportedly losing $15 million annually.

Run by the Media Rights Capital founders Modi Wiczyk and Asif Satchu, Valence has now laid off about 30 percent of its staff across all publications, including Billboard and Vibe. The two executives, who said they would stop taking a salary, also put in place a hiring freeze and salary cuts for those making more than $100,000 per year.

The departure of Mr. Belloni, The Hollywood Reporter’s chief for almost four years, came as a shock to staff. He had disagreed with Valence Media over coverage of the entertainment industry and was reluctant to skew reporting in favor of the company’s other operations, including MRC, which financed and produced films and TV series like “Knives Out” and Netflix’s “Ozark.”

It’s unclear what kind of editorial independence Ms. Moody will be given as the top editor. Known as a dogged reporter with strong talent relationships (she spoke often with Aretha Franklin), Ms. Moody has spent more than two decades at The Associated Press. She was music editor for 12 years, breaking the news of Whitney Houston’s death in 2012, the same year she was promoted to her current position.

She joins The Hollywood Reporter at a time of seismic change in the entertainment industry. Productions around the world have been shut down, leaving thousands out of work; distributors are scrambling to get existing movies to audiences while theaters are closed. Even the Academy of Motion Picture Arts and Sciences is rethinking its annual awards ceremony in light of the coronavirus.

Ms. Moody, who did not respond to an interview request, said in a statement that she looked forward to building on the work of The Reporter’s journalists “as Hollywood finds itself facing new challenges amid historic change.”

In a statement, Mr. Wiczyk and Mr. Satchu said: “Nekesa is a brilliant journalist, and we are fortunate to have her lead The Hollywood Reporter, where we know she will set a high bar for the work we do, as well as the way we do it.”