The Law of Supply and Demand Isn’t Fair 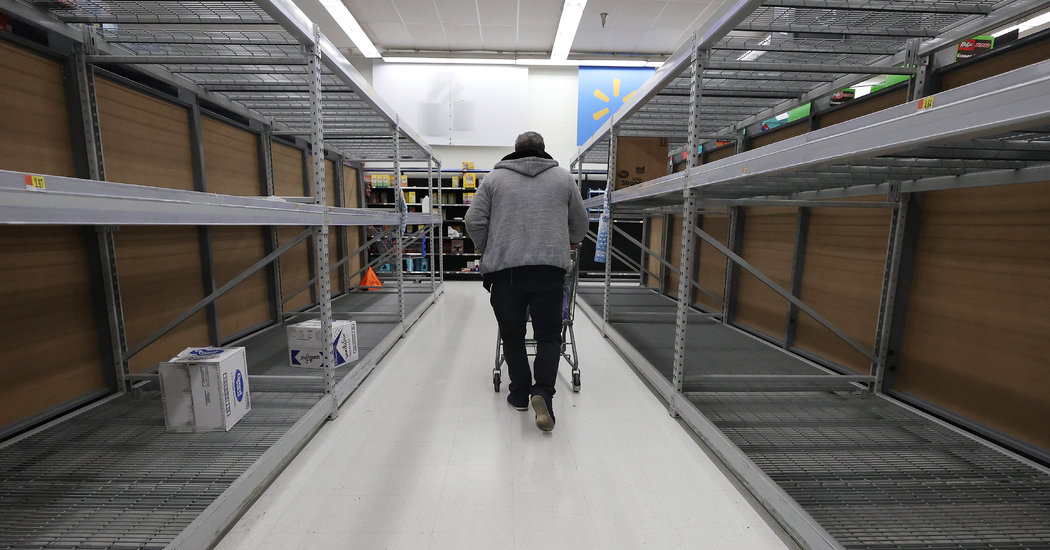 For an economist, one of the most jarring sights during the early weeks of the coronavirus crisis in the United States was the spectacle of bare shelves in sections of the supermarket.

There was no toilet paper or hand sanitizer. Pasta, flour and even yeast could be hard to find in the early weeks of social distancing, as many people decided to take up baking. Of far greater concern, hospitals could not buy enough of the masks, gowns and ventilators required to safely treat Covid-19 patients.

What happened to the laws of supply and demand? Why didn’t prices rise enough to clear the market, as economic models predict?

A paper that I wrote with my friends Daniel Kahneman, a psychologist, and Jack Knetsch, an economist, explored this problem. We found that the answer may be summed up with a single word, one you won’t find in the standard supply-and-demand models: fairness. Basically, it just isn’t socially acceptable to raise prices in an emergency.

We asked people questions about the actions of hypothetical firms. For example: “A hardware store has been selling snow shovels for $15. The morning after a blizzard the store raises the price of snow shovels to $20.”

Fully 82 percent of our respondents judged this to be unfair. The respondents were Canadians, known for their politeness, but the general findings have now been replicated and confirmed in studies around the world.

Most companies implicitly understand that abiding by the social norms of fairness should be part of their business model. In the current crisis, large retail chains have responded to the shortages of toilet paper not by raising the price but by limiting the amount each customer can buy. And Amazon and eBay prohibited what was viewed as price gouging on their sites.

We have seen similar behavior after hurricanes. As soon as a storm ends, there is typically enormous demand for goods like bottled water and plywood. Big retailers like Home Depot and Walmart anticipate this, sending trucks loaded with supplies to regions just outside the danger zone, ready to be deployed. Then, when it is safe, the stores provide water for free and sell the plywood at the list price or lower.

At the same time, some “entrepreneurs” are likely to behave differently. They see a disaster as an opportunity and so will fill up trucks with plywood near their homes, drive to the storm site and sell their goods for whatever price they can get.

It is not that large retailers are intrinsically more ethical than the entrepreneurs; it is simply that they have different time horizons. The large companies are playing a long game, and by behaving “fairly” they are hoping to retain customer loyalty after the emergency. The entrepreneurs are just interested in a quick buck.

Fairness norms help explain the breakdown of supply chains of medical equipment in the coronavirus crisis. Hospitals normally use buying associations that make long-term deals with wholesalers to provide essential supplies. The wholesalers generally want to preserve these relationships and realize that now would not be a good time to raise prices. Often, they are contractually obligated to supply items at prices negotiated before a spike in demand.

One current example is the N95 face mask. At the onset of the pandemic, hospitals had long-term contracts to buy them for about 35 cents each, an executive at a New York hospital told me. When the need for the masks surged, these suppliers were not allowed to raise the price, even if inclined to do so.

But others along the supply chain could make big profits by diverting masks to anyone willing to pay top dollar. That left hospitals in a bind. As the coronavirus spread in New York, the executive’s hospital searched frantically for masks, eventually paying an overseas supplier $6 each, for hundreds of thousands of them, when the regular stock was desperately short.

When anyone tries to reap big profits in an emergency like this, it can look ugly. Consider the case of two brothers who began buying hand sanitizer, masks and other scarce commodities on March 1, the day of the first announcement of a Covid-19 death in the United States. After they sold some of their merchandise at big markups on Amazon and eBay, these outlets cut them off. Eventually, after considerable adverse publicity, the brothers decided to donate their supplies.

Notice that the brothers were making markets more “efficient,” by buying low and selling high. If instead of arbitraging coronavirus supplies they had sold shares of airline and hotel companies and bought shares of Netflix and Zoom, they would simply have been considered smart traders. But while smart trading may be fine for investments, it is not considered fair when it involves essential goods during a pandemic.

One can argue that this social norm is harmful in that it prevents markets from doing their magic. For example, Tyler Cowen, the George Mason University economist, has said he wishes it were OK to raise prices for coronavirus essentials.

“Higher prices discourage panic buying and increase the chance that the people who truly need particular goods and services have a greater chance of getting them,” he wrote.

But which people “truly need” N95 masks? What is the right allocation of masks among well-endowed research hospitals, poorly funded municipal facilities, nursing homes and food processing plants? Supply and demand would tell us that the masks should simply go to the buyer who was willing and able to pay the most for them. But fairness tells us this can’t be the only consideration.

As a practical matter for businesses, big and small, that want to keep operating for the long haul, it makes good sense to obey the law of fairness. If the next shortage is meat and a store owner realizes that there is only one package of pork chops left, it would be unwise sell it at auction to the highest bidder.

Richard H. Thaler is a professor of economics and behavioral science at the Booth School of Business at the University of Chicago. Follow him on Twitter: @R_Thaler