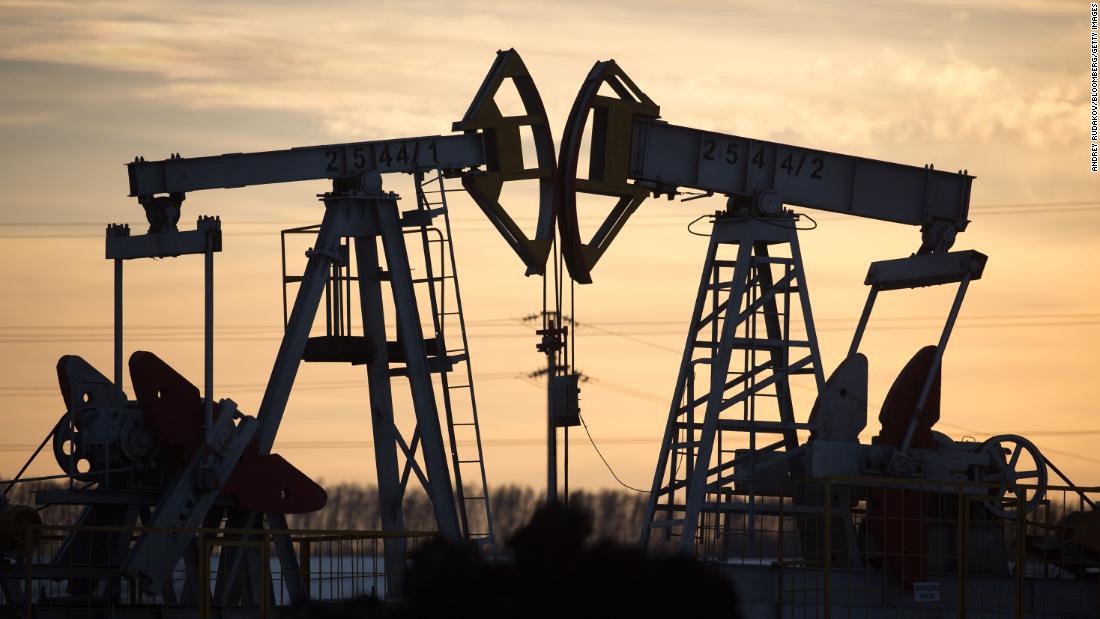 With hundreds of thousands of jobs in largely Republican states hanging in the balance, the White House is mulling a controversial rescue of the oil industry. The Trump administration is considering federal assistance for the shale industry, a person familiar with the discussions told CNN Business.

Besides the obvious political obstacles, a bailout faces a more basic one: The oil industry doesn’t want more help from Washington.

“We have no interest in engaging in discussions about bailouts,” Mike Sommers, the CEO of the American Petroleum Institute, told CNN Business on Wednesday. “This is not something we are advocating for.”

The API represents more than 600 oil and natural gas producers from all segments of the industry. That includes oil supermajors involved in fracking such as ExxonMobil (XOM) and Chevron, shale drillers like Occidental Petroleum and Apache (APA) as well as dozens of smaller independent frackers.

It’s no secret that many shale oil companies piled on loads of debt to pay for their expensive drilling projects. Many of those projects are now under water because of the historic collapse in crude. Oil prices crashed 26% Monday, the sharpest drop since 1991. Crude fell again Wednesday as Saudi Arabia ramped up its price war against Russia.

At least a chunk of those overleveraged companies won’t survive if oil prices stay this cheap, let alone if they go lower. Banks will pull their credit lines and the once-welcoming junk bond market will be closed to them.

“If this continues we will see widespread bankruptcies and layoffs in the oil industry,” said Jason Bordoff, a former Obama administration energy adviser who is now a professor at Columbia.

That’s what happened during the oil crash of 2014-2016. Although cheap gas prices delivered a boost to American drivers, dozens of US oil and gas companies went bankrupt and hundreds of thousands of workers lost their jobs.

“Trump wants cheap gas for consumers,” Daniel Eberhart, a Republican fundraiser and CEO of oilfield services firm Canary LLC, told CNN Business in an email. “The oil crash is a problem for him though because it’s leading the market lower — and that’s devastating for his reelection chances.”

Eberhart said his firm is preparing to reduce its staff and has already decided to limit spending and freeze hiring.

Big Oil is similarly hunkering down. Chevron (CVX) said it’s considering spending cuts and cost-saving moves. Occidental (OXY) slashed its dividend by 86% and lowered its spending.
That’s why the White House is considering federal assistance, likely in the form of low-interest government loans, the Washington Post reported. The White House declined to comment on internal deliberations.

The person familiar with the discussions pushed back against describing potential federal assistance as a bailout.

No matter what it’s called, the oil industry says it does not need help from Washington. The opposition is both ideological and practical.

First, the oil industry, which is based largely in Texas and the middle of the country, proudly champions capitalism.

“Because we’re in a time of crisis doesn’t mean we’re going to change our overriding free market philosophy,” Sommers said.

And Big Oil knows from the Great Recession that bailouts from Washington come with strings attached.

Regina Mayor, energy leader at KPMG, said her small, medium and large oil company clients are not banking on a rescue from Washington.

“I don’t think they can make a credible case of a bailout of any kind,” Mayor said. “We live in a capitalistic society. You make bets. Sometimes they work in your favor, sometimes they don’t.”

Of course, the CEOs of Wall Street banks and Detroit automakers advocated free market principles as well during the global financial crisis a decade ago. Yet bankers were forced to accept bailout money because the US government said it was necessary. Auto CEOs practically begged for bailouts.

Despite the free market ethos of the oil industry, crude is hardly a free market.

For decades, oil prices have been pushed higher and lower by OPEC, the Saudi Arabia-led group that adjusts supply based on market dynamics and their own self interests.

President Donald Trump has repeatedly slammed Saudi Arabia and OPEC in recent years for not pumping enough crude. Now, the White House is considering rescuing oil companies suffering from the opposite problem: too much supply from OPEC and Russia.

“A cartel deciding not to artificially hold back supply is not sufficient for propping up an industry,” said Bordoff.

President Donald Trump could face opposition to an oil bailout from his own party.

“I think they can take care of themselves,” Republican Senator Mike Braun told CNN on Tuesday of a stimulus package aimed at propping up the oil industry.

Eberhart, the Canary CEO, agrees that the Trump administration shouldn’t “bail out” the oil industry, but he does think federal officials should try to be “helpful around the edges.”

For instance, he said the industry is pushing for faster drilling permits, increased tax deductions for drilling expenses and wants the Trump administration to purchase barrels for the nation’s emergency stockpile. The Energy Department announced plans Tuesday to scrap previous plans to sell oil from the Strategic Petroleum Reserve, a move that would have added to the chaos in oil markets.

“They have declared war against US energy self-sufficiency,” Bass tweeted.

Of course, it’s important to remember that the United States still relies on foreign oil despite its role as the No. 1 producer. Shale oil isn’t enough to keep Gulf Coast refineries running.

Still, some will argue the oil industry is of such strategic importance that it requires a rescue.

But bankruptcies don’t make natural resources disappear. The best shale oilfields with the lowest drilling costs won’t die. They will get scooped up by the strong oil companies that survive.

“The oil and gas isn’t going anywhere. We know where it is,” said Spencer Cutter, credit analyst at Bloomberg Intelligence.