The Pandemic Helped Topple Two Retailers. So Did Private Equity. 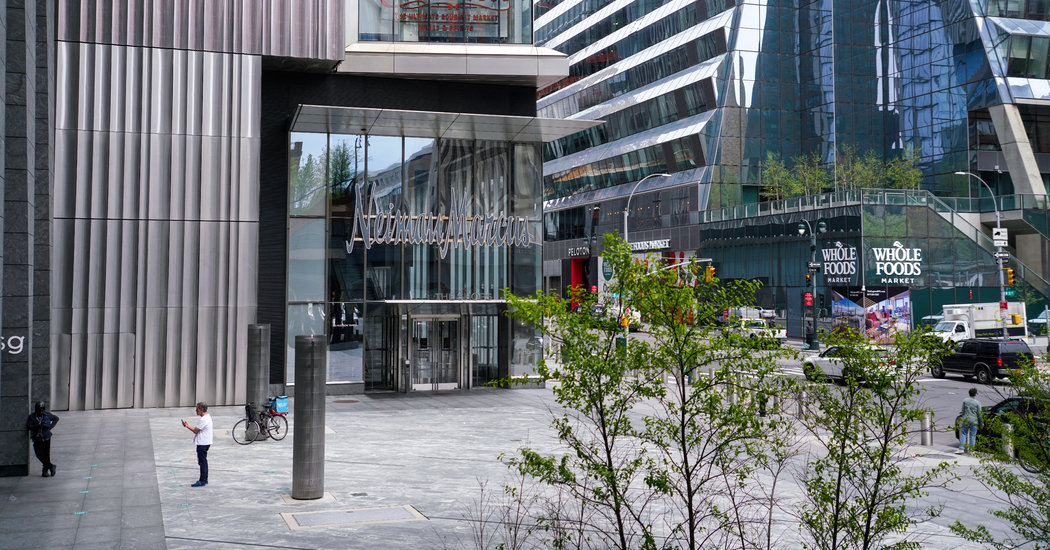 J. Crew and Neiman Marcus were each facing a host of issues before the coronavirus pandemic forced them to close their stores and eventually file for bankruptcy, including trouble adjusting to the rise of e-commerce and a lack of connection with a new generation of shoppers.

But they also shared one increasingly common problem for retailers in dire straits: an enormous debt burden — roughly $1.7 billion for J. Crew; almost $5 billion for Neiman Marcus — from leveraged buyouts led by private equity firms. Like many other retailers, J. Crew and Neiman over the past decade paid hundreds of millions of dollars in interest and fees to their new owners, when they needed to spend money to adapt to a shifting retail environment. And when the pandemic wiped out much of their sales, neither had anywhere to go for relief except court.

“Much of the difficulty that the retail sector is experiencing has been aggravated by private equity involvement,” said Elisabeth de Fontenay, a professor at the Duke University School of Law who specializes in corporate finance. “To keep up with everybody’s switch to online purchasing, there really needed to be some big capital investments and changes made, and because these companies were so debt-strapped when acquired by private equity firms, they didn’t have capital to make these big shifts.”

The filings by J. Crew and Neiman Marcus followed a wave of retail bankruptcies in the past few years, and came as numerous chains, including J.C. Penney, teetered on the brink because of the pandemic.

Last July, a report from the Center for Popular Democracy, a progressive advocacy group based in Brooklyn, said that 10 of the 14 largest retail chain bankruptcies since 2012 involved companies that had been acquired by private equity firms.

Barneys New York went into liquidation in November and Zac Posen, owned by Yucaipa Companies, closed the same month. In March 2019, the North American operation of the Italian brand Roberto Cavalli declared bankruptcy when its private equity owner, Clessidra, failed to sell its stake. In early April, the British department store chain Debenham’s filed for protection for the second time in less than a year.

“You need so much money to keep the stores open, so much money to keep the inventory flowing — an average department store will have 2,500 brands — you need to invest in building, you need to invest in staffing, and most P.E. firms don’t want to make investment before they start seeing the return,” said Marigay McKee, founder of MM Luxe Consulting and a former president of Saks Fifth Avenue.

Private equity firms have been involved with retailers for decades. But the collapse of Toys “R” Us in 2017 put a spotlight on how major buyouts by the firms could go sideways. The chain had been burdened with $5 billion in debt from a 2005 leveraged buyout by the private equity firms Bain Capital, Kohlberg Kravis Roberts and the real estate firm Vornado Realty Trust, and it did not have sufficient funds to invest in its stores and e-commerce business during a crucial period of growth for Amazon and Walmart.

It was eventually liquidated and more than 30,000 workers were laid off. The workers were not paid severance — even as creditors, bankruptcy lawyers and consultants received payments — until they lobbied pension funds, which invest heavily in funds managed by private equity firms. The situation galvanized politicians and union activists and spurred public outrage.

J. Crew, which owns Madewell, and Neiman Marcus, which owns Bergdorf Goodman, have vowed to stay in business, but bankruptcies inevitably raise questions about what the future holds for employees, stores and vendors.

The bankruptcies have also shown how running retail companies requires a specific skill set, particularly when it comes to fashion.

Clothing is an almost entirely discretionary purchase, dependent not just on cycles within the economy, but on consumer taste and the images of the brands themselves. Private equity funds often find themselves “seduced a little by the hypified names,” said Sandeep Dahiya, an associate professor of finance at Georgetown University.

Private equity has been flirting with fashion retail since at least 1987, when the Bahrain-based Investcorp began buying shares in the beleaguered family-run Italian brand Gucci, turning the loss-making company around. It cashed out in an I.P.O. in 1996, setting a model for the industry and paving the way for such deals as TPG’s 1999 purchase of Bally, Permira’s 2007 acquisition of Valentino Fashion Group, and the triple flip of Jimmy Choo from Equinox to Lion Capital to Towerbrook.

Carlyle acquired 48 percent of the Italian fashion brand Moncler in 2008, right as its puffer jackets exploded in popularity. It exited in 2014, the year after Moncler went public. Other private equity deals had mixed results, but Carlyle’s success — combined with a booming luxury sector, especially in Asia, and the lure of real estate embodied by store networks — enticed private equity investors. They saw retail as a cash-generating business, with management often composed of founders or families that could be shaken up and streamlined.

“Retail used to be kind of a golden goose for private equity firms, because in order for an LBO to work, the company has to be fairly mature with fairly regular cash flows,” Ms. de Fontenay said. “Under normal conditions, that’s kind of the definition of retail.”

It “works out just fine as long as the economy and sector you’re invested in continues to grow,” she added. “If the sector is shrinking, it has been bad news.”

Neiman Marcus was first taken off the market for about $5.1 billion in a 2005 leveraged buyout by TPG and Warburg Pincus. The company was then sold in 2013 to a group led by the private equity firm Ares Management and the Canada Pension Plan Investment Board in a $6 billion deal.

Steve Dennis, founder of SageBerry Consulting and a Neiman Marcus strategy executive from 2004 to 2008, said he knew at least one firm that backed away from the price tag of the second sale “based on the significant amount of growth to justify it.”

“Anything that would take more than a trivial amount of capital and have a longer payout time doesn’t generally fit with a private equity model,” Mr. Dennis said.

Neiman Marcus filed to go public in 2015 but an I.P.O. never materialized. The company, which said in court filings that it employed about 13,200 people including 9,500 full-time staff, has spent much of the last two years trying to restructure its roughly $5 billion in debt, on which it has paid hundreds of millions of dollars in interest. Its revenue was $4.9 billion in its last public annual report, which was for the year ended July 2018.

One of Neiman Marcus’s most valuable assets — the luxury e-commerce retailer MyTheresa — was not part of the bankruptcy filing. A group of bondholders have been arguing since 2018 that MyTheresa’s assets were improperly transferred to the company’s owners, leaving little to protect holders of the company’s unsecured debt.

Marble Ridge Capital, a hedge fund that holds some of Neiman’s bonds, wrote in a public letter to the owners last month that “you have left a carcass of a company for the remaining stakeholders and have put both Neiman’s storied franchise and thousands of jobs at risk.”

Amber Seikaly, a spokeswoman for Neiman Marcus, said that since 2014, the company has “invested over $1 billion of capital into our business,” including in new and existing stores, technology and its digital presence.

J. Crew has also faced a rocky road after its $3 billion leveraged buyout by TPG Partners and Leonard Green & Partners in 2011. It weathered fashion missteps, management changes, quality complaints and a general identity crisis. But its debt and related expenses also ate up cash that hurt the company’s ability to reinvest in its products, supply chain and e-commerce platforms.

Americans for Financial Reform, a consumer advocacy group, estimated that J. Crew paid more than $760 million in dividends and fees to its ownership group since 2011. Those distributions are shared with investors in funds managed by the private equity firms.

Before it began furloughs during the pandemic, J. Crew had 13,000 employees worldwide, with 4,000 full-time workers, according to court documents.

Luke Barrett, a representative for TPG said that the bankruptcy was “a significant disappointment for everyone” and that the investment “ultimately created loss for both TPG and our investors.”

“When Covid-19 forced the closure of the company’s entire store operations, we worked quickly to modify the capital structure and create a new ownership structure that will serve the long-term interests of J. Crew, its employees and its customers,” he said.

“One of the defenses of private equity right now is, they’re saying these are structurally declining businesses already, and look, that is a part of it,” said Andrew Park, a senior policy analyst at Americans for Financial Reform, a consumer advocacy group. “But again, having to service that debt makes these businesses hard, and when you see these companies blatantly taking money away, that’s the element that has really led to criticism.”

Mr. Dahiya, the Georgetown professor, said he expected more bankruptcies from retailers backed by private equity firms given the current environment and that he thought it could potentially become a political issue.

“If there is a big retail bankruptcy or liquidation with a lot of job losses and P.E. is involved,” he said, “that would be like catnip to politicians, because retail is something that touches you and me, unlike, say, chemicals.”’