The Travel Business is Picking Up for Summer 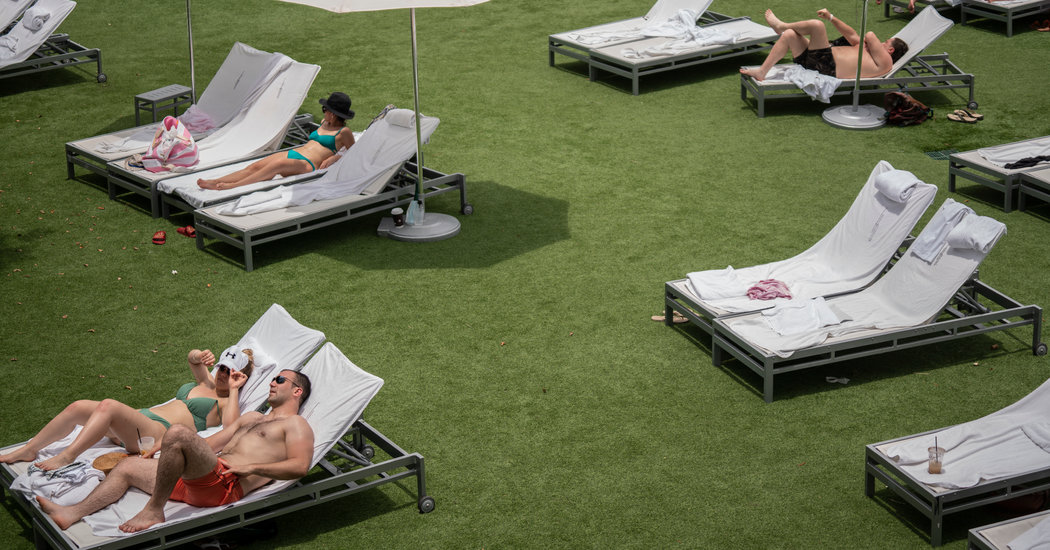 American plans to add flights from its hubs, including Dallas, Philadelphia and Charlotte, N.C., to destinations like Asheville, N.C.; Savannah, Ga.; and Charleston, S.C. It also said it would significantly increase flights to Florida and seasonal destinations in Montana, Colorado, Utah and Wyoming.

“We’re seeing a slow but steady rise in domestic demand,” Vasu Raja, American’s senior vice president of network strategy, said in a statement. “After a careful review of data, we’ve built a July schedule to match.”

American plans to operate about 55 percent as many domestic flights as it did last July. That would be up from just 20 percent in May.

United is planning for a similar, if somewhat smaller, rebound. The airline said it will add flights to New York, Boston, Seattle and Philadelphia next month to serve commercial and governmental travel. It also plans to add flights to reopening vacation destinations, including Las Vegas; Portland, Maine; Aspen, Colo.; and Jackson, Wyo.

Delta expects to fly twice as many passengers next month as it did in May, its chief executive, Ed Bastian, said.