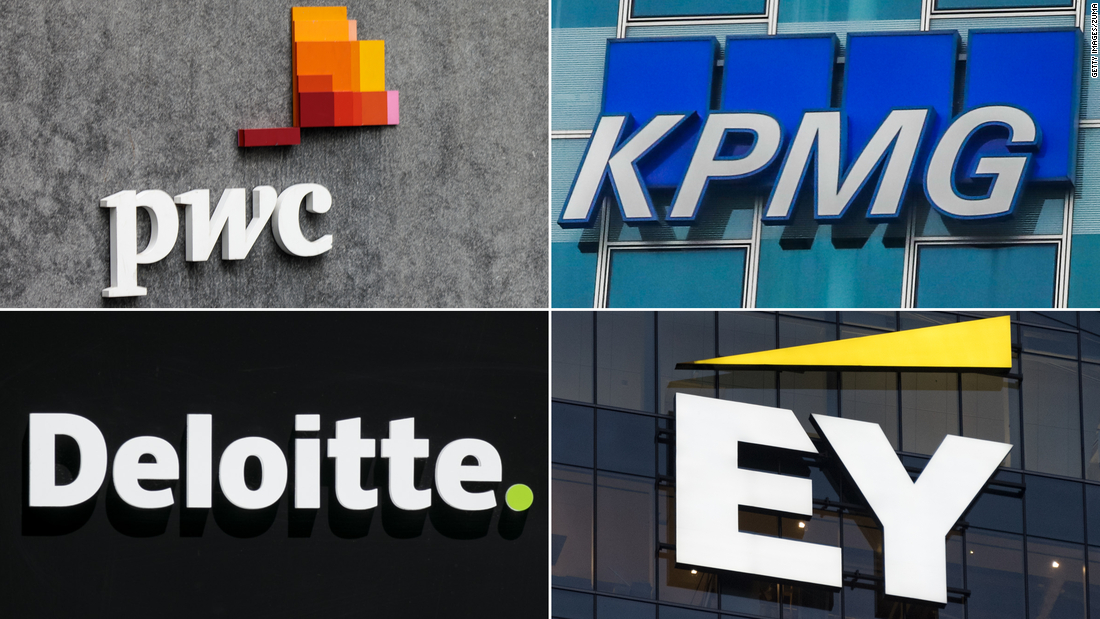 The Financial Reporting Council said in a statement Monday that the Big 4 firms have until October 23 to submit a plan for implementing “operational separation,” which will need to be completed by June 2024.

The move is meant to ensure that audit practices are focused on “delivery of high-quality audits in the public interest,” and do not depend on financial support from the rest of the firm, the FRC said. The guidelines require that audit partners are paid in line with the profits of their practice, which will have its own governance structure and profit and loss accounts.

The news comes just weeks after Germany’s Wirecard (WCAGY) filed for insolvency following the discovery of a $2 billion hole in its accounts. The scandal has raised questions over how the payments company’s auditor, EY, could have missed the accounting irregularities for so long and led to fresh scrutiny of the sector. Investors rely on auditors for assurance that a company’s accounts provide a true reflection of its earnings.

A spokesperson for the FRC said that Monday’s announcement is unrelated to Wirecard. The regulator had already planned to publish the guidelines — the outcome of several independent reviews into the quality and effectiveness of auditing and corporate reporting in the United Kingdom — at this time, the spokesperson said.

“Today the FRC has delivered a major step in the reform of the audit sector,” FRC CEO Jon Thompson said in a statement, adding that the regulator plans to introduce “further aspects of the reform package over time.”

The new principles seek to address concerns that the growth in consultancy revenues has reduced the focus on audit quality. FRC figures show that audit fees accounted for only about a fifth of the Big 4’s £10.95 billion ($13.7 billion) in combined fee income in the United Kingdom in 2018.

The guidelines apply only to the Big 4 because they are responsible for over 95% of FTSE 350 audits, the FRC spokesperson said. Other large players in the UK market include BDO Global and Grant Thornton.

Big 4 firms welcomed the announcement, which they said will help to restore confidence in the sector. “Deloitte has been consistent in our support for reform. We remain committed to playing our role in delivering change that embraces audit quality, improves choice and restores trust,” Stephen Griggs, deputy CEO for Deloitte UK said in a statement.

Operational separation of the UK’s audit firms is “just the first step on the journey to restoring trust” in UK companies, said head of audit at KPMG UK, Jon Holt. An “ambitious package” of reforms across the corporate landscape is needed, including clarifying the responsibilities of directors in respect of the success or failure of a company, he added.

“We share the FRC’s objectives of improved quality and confidence in audit, market resilience and the continued attractiveness of the profession as a career, and are committed to playing our part,” PwC said in a statement. EY did not immediately respond to a request for comment.

The Big 4 audit firms have been dogged by a string of corporate accounting scandals globally in recent years, prompting calls for reform. EU legislation introduced in 2016 restricted the consulting services that auditors could provide clients, but that did not bring an end to oversight breakdowns.

In the United Kingdom, all four firms faced scrutiny from members of parliament for audits and advisory work performed for Carillion, a construction company that went bankrupt in 2018. KPMG, the company’s external auditor, was the subject of an FRC investigation.
In India, PwC was banned in 2018 from auditing listed companies for two years after an investigation by the country’s stock market regulator into the collapse of Satyam Computer Services, which was revealed to have falsified its accounts.

In South Africa, KPMG lost dozens of clients after it emerged that the firm had failed to detect widespread corruption involving companies owned by the Gupta family, which leaked emails show used a close personal relationship with then President Jacob Zuma to win government contracts and loot state coffers. The Gupta family has denied wrongdoing.