The United States is still too reliant on oil (opinion) 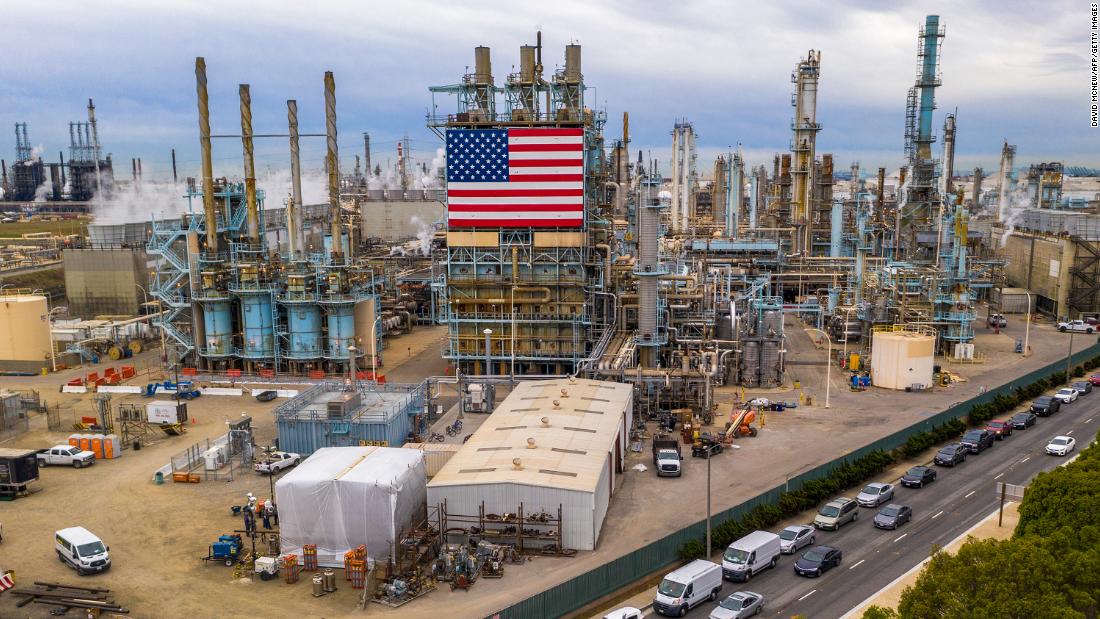 Saudi Arabia’s decision to open its taps comes after talks with OPEC and non-OPEC producers, led by Russia, collapsed last week. Prices had already been sliding dangerously as coronavirus fears battered global demand for oil. Then Saudi Arabia escalated things when it slashed the price of its exports by $6 to $8 per barrel and announced it will also increase production by 2.5 million barrels per day by April 1. Brent crude, the international benchmark oil price, fell by more than 9% last week to $45.27 a barrel when OPEC and non-OPEC members failed to agree on a deal. And the day after Saudi Arabia announced its price war, US crude prices toppled to $31.13 per barrel, notching its worst one-day loss since 1991.
While the global decline in oil prices will certainly cause pain for both Saudi Arabia and Russia, its impact on US oil producers, especially many of the smaller shale producers, could be especially severe. Even major companies like Chevron and Exxon saw their stocks fall, while Occidental Petroleum — which took on significant debt to acquire a different US producer in 2019 — announced a major cut to its dividend.
The Trump administration is surely sympathetic to the plight of US shale producers suffering from decisions made in Saudi Arabia and Russia — both of whom would like nothing better than to see their US competitors go under. President Trump has made promoting America’s new-found energy independence a major priority, and his vitriol against OPEC is well-known. It wouldn’t be surprising if the White House sought federal aid for shale companies buffeted by the price fallout.
While such a move would be welcome amongst hurting shale producers and the tens of thousands of people that the industry employs, it would be a stopgap measure, at best. The shale revolution has been good for America, but it has only reduced — not ended — our reliance on foreign producers. As Riyadh and Moscow just demonstrated, authoritarian regimes overseas still have the capability to wield the oil weapon against the United States, albeit with low prices now instead of high prices.
If the United States really wants to attain energy independence, becoming a net exporter of oil isn’t enough. What America needs is a comprehensive vision for energy security, one that goes beyond fossil fuel independence.

This plan should entail sustained investment in alternative fuel sources and technologies, such as ethanol and electricity, as well as policies to promote a competitive marketplace for such fuels that can break gasoline’s near monopoly on the US transportation sector. A robust market for alternative fuels will buttress US companies and consumers from potentially destabilizing oil market fluctuations driven by hostile foreign powers.

An American vision for true energy independence should also prioritize increasing ownership of electric vehicles and enact policies that would incentivize this, including giving subsidies or indexing tax credits for electric vehicles. Government funding for R&D efforts at electric-vehicle companies would also provide EV manufacturers, like Tesla or Lucid Motors, additional resources to design more cost-effective models that will be accessible to a larger segment of the population. In tandem, the government must invest in building a national, well-connected charging infrastructure network that will operationalize extended EV usage. Investments to improve battery storage technology and reduce replacement costs will further encourage consumers to adopt electric vehicles.

The dynamics of America’s reliance on oil may have changed. We are no longer totally beholden to hostile foreign producers for vital energy imports, but these producers’ actions have ripple effects on global markets that continue to hurt us. If the United States really wants to be energy independent, it must look toward preparing for a post-oil future.