The Virus Is Coming to Myanmar, but the Pain Has Already Begun 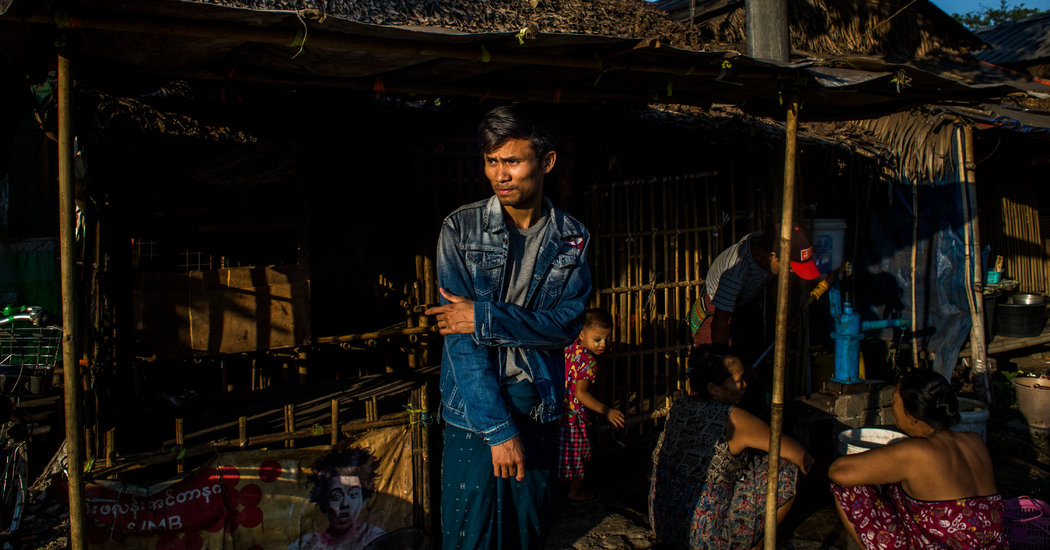 HLAING THARYAR, Myanmar — When he was 12, Ko Naing Lin survived a cyclone that killed his father, a small-town doctor, and at least 130,000 others in the Irrawaddy Delta of Myanmar. A life of lazy soccer games, plentiful fish curry and reprimands to finish his homework — “Now, or else what will become of you?” — ended.

Today, Mr. Naing Lin’s life is being overturned again, this time by the coronavirus. It is not — yet — a matter of a spreading outbreak in Myanmar, whose health care system is on life support. The country, which borders China, has only five confirmed cases of the virus, all announced this week.

Instead, a suspension of Chinese imports is threatening the livelihoods of the roughly one in five people in Myanmar who work in the bag, shoe and garment industries. Dozens of factories have already closed, including Mr. Naing Lin’s.

In addition, factory owners, most of whom are Chinese citizens, are using the chaotic situation to shunt unionized workers aside, labor activists said.

For hundreds of millions around the world like Mr. Naing Lin, who struggle to keep their heads above the poverty line, the economic impact of the coronavirus has so far been more shattering than the virus itself.

These vulnerable populations have no social safety net, no health insurance, no retirement accounts. In the thatched shack where Mr. Naing Lin lives with his mother and younger brother, there is no refrigerator to stock with quarantine provisions, only a pile of sweet potatoes and some cooking oil.

Then he broadened his judgment. “There is no hope,” he said.

After his father’s death 12 years ago left the family without its breadwinner, Mr. Naing Lin started lifting 55-pound bags of cement on the night shift, earning barely enough to feed the family once or twice a day.

At age 13, he began working as a school janitor. The students slumped in their seats didn’t notice the slight shadow behind them, desperate to learn even as he mopped, swept and dusted.

He scrimped and saved and scrimped some more. At a night school, he completed a Level One English course, receiving a laminated identity card that he still carries with him.

He wanted to take Level Two, but the class was too expensive.

So Mr. Naing Lin went to Hlaing Tharyar, an industrial zone on the outskirts of Yangon, Myanmar’s biggest city. He got an ironing job at a textile factory, the lowest rung on a short ladder. Once more, he studied at night, learning how to fix the machines in the factories that were proliferating here, employing more than a million people in a country of 50 million.

If his father had lived, Mr. Naing Lin might have become a doctor, too. But his job as a mechanic at least provided for his mother and his brother, who has Down syndrome. Mr. Naing Lin earned $175 a month.

His mother bought extra thatch to reinforce their home’s roof, so it wouldn’t leak during the monsoons. He bought a smartphone.

Then, this month, his factory’s Chinese boss made an announcement. Its supply chain had been severed in February, when Myanmar closed the land border with China because of the coronavirus epidemic there. Nearly all raw materials for Myanmar’s textiles industry come from China; even if the pipeline opens up again, manufacturers expect a slowdown in global demand.

Mr. Naing Lin was unemployed, and he was far from alone.

“We fear that the virus comes with the imports from China,” said Ma Hnin Thazin, a representative of the Industrial Workers Federation of Myanmar. “But we also fear that so many people are losing their jobs.”

Even before the coronavirus hit, factories in Hlaing Tharyar had been roiled by a series of strikes, as workers clamored for basic rights. For example, they wanted free bandages for injuries from sewing machines, which they said occurred daily.

At a duffel-bag factory down the street from where Mr. Naing Lin worked, 196 workers staged walkouts over a 13-day period in February because the foul-tasting drinking water was making them sick.

“It is very hot when we work,” said one of them, Ma Thandar Myint. “The water was yellow, and I had to pinch my nose when I drank it.”

When Ms. Thandar Myint and hundreds of her co-workers were laid off this month because of the coronavirus shutdown, her severance was docked because she had participated in the strike.

But if the job were offered to her again, she would take it, she said.

In a statement, the factory’s Chinese owners spoke of deep debts and said there had been no choice but to close down.

Over the years, hundreds of thousands of people from Myanmar have moved to neighboring countries to work as undocumented manual laborers or household staff. With Southeast Asian nations closing their borders to ward off the pandemic, many of those workers have rushed back to Myanmar. At just one bridge between Thailand and Myanmar on Monday, more than 10,000 migrant workers were lined up to get home.

For weeks, Myanmar government officials dismissed warnings that the virus could consume the country, claiming that its dietary habits and tropical climate inoculated it. Myanmar’s health care spending is among the lowest in the region; its second largest city, Mandalay, has only about 50 ventilators, according to suppliers.

“I was as happy as if I had discovered gold when I found three masks at my home,” said U Khaing Toe, an assistant surgeon at Yangon General Hospital. “There are no masks for us at the hospital.”

The five coronavirus cases confirmed so far in Myanmar involve patients who were recently overseas, and the influx of returning migrant workers has catalyzed government action after weeks of denial about the virus. As of Wednesday, all people returning from abroad were subject to a 14-day quarantine in a government-designated facility.

Myanmar has tested only about 320 people for the virus.

Back in Yangon, Mr. Naing Lin studied a government poster with tips on how to prevent the coronavirus: washing hands with running water, social distancing, wearing masks. (The country’s de facto civilian leader, Daw Aung San Suu Kyi, has appeared in a video that shows her vigorously scrubbing her hands with a bar of pink soap.)

Mr. Naing Lin laughed. Outside, crowds of laid-off workers milled around, holding hands, comforting each other.

Mr. Naing Lin’s shack doesn’t have running water, nor can he afford a mask. Social distancing is not feasible in a slum. He shook his head.

“If this disease comes to Myanmar,” he said, “we will all be finished.”