The week the world changed: how a markets wobble turned to mayhem 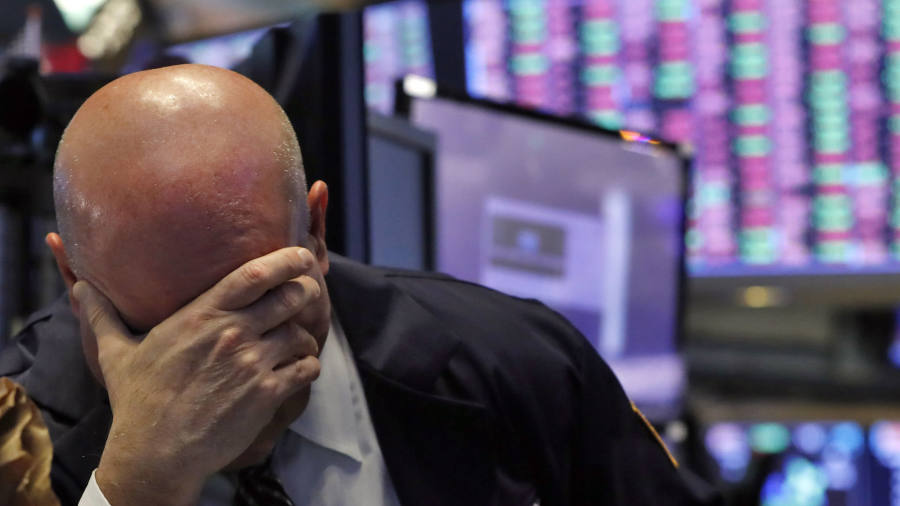 The coronavirus outbreak has been shaking up markets for the past month. But in the past five trading days, those wobbles turned into chaos.

“This was a week where so much in the world changed,” said Kristina Hooper, chief global markets strategist at Invesco. “It was almost like a switch that was flicked . . . It’s like a collage with elements of lots of different crises.”

Markets were already on edge, but Saudi Arabia’s decision to start an all-out oil price war with Russia set up a week that will live long in the memories of traders, investors and policymakers desperately scrambling to shore up confidence.

Crude oil immediately tumbled by the most in almost three decades when markets opened on Monday. Energy companies and oil-exporting countries were hammered — ExxonMobil slid more than 14 per cent to its lowest since 1999 — but the moves were so violent, their effects rippled through the financial system.

Traders said the sell-off had been fairly orderly up to that point, but on Monday stresses first started to appear in a number of markets.

The next day brought some respite, with some investors betting that the ferocity of Monday’s global market rout — the biggest one-day slide since the financial crisis — was overdone. Even oil prices rebounded.

“This is not 2008,” BlackRock, the world’s biggest asset manager, argued in a report on Tuesday. “The economy is on more solid footing and, importantly, the financial system is much more robust today than going into the crisis of 2008. We don’t see this as an expansion-ending event — provided that a pre-emptive and co-ordinated policy response is delivered.”

Markets initially continued to cautiously rally on Wednesday, with an expansionary UK budget release and an emergency half percentage-point interest rate cut from the Bank of England nurturing hopes that policymakers would act aggressively to buttress economic growth.

But nervousness continued to simmer, not helped by Goldman Sachs predicting that stock markets would likely slide further. Then the World Health Organisation officially labelled the coronavirus a global pandemic and president Trump’s televised address fanned investors’ fears rather than allaying them.

Blaming a “foreign virus”, he banned all travel from Europe — and initially mistakenly stated it included imports of goods. US stocks dived as he spoke, sending the Dow Jones Industrial Average into a bear market for the first time since the financial crisis, and the S&P 500 index teetering on the brink of one.

Perhaps most unnervingly, even US Treasuries — the ultimate haven at times of market stress — were hit on Wednesday evening, unnerving many analysts and investors, and presaging what proved to be one of the most tumultuous days for markets in history.

On Thursday, investor fear reached a peak. Asian markets collapsed as soon as they opened for trading. While the European Central Bank unveiled a series of stimulative measures, its efforts were overshadowed by ECB president Christine Lagarde saying that it was not the central bank’s job to keep eurozone government borrowing costs in line with each other.

Ms Lagarde subsequently scrambled to walk back her comments, but it still triggered the biggest ever one-day jump in Italian bond yields, and accelerated the European stock market rout triggered by president Trump’s comments the previous evening.

In the US, investors grew increasingly nervous about what they said was a “broken” Treasury market, with ballooning spreads between different types of US government debt hinting at serious issues in market plumbing. “Liquidity in the Treasury market was worse than any time in 2008,” said Gershon Distenfeld, co-head of fixed income at AllianceBernstein.

Alarmed, the Federal Reserve unveiled a multitrillion dollar operations to soothe the stresses. But after a brief rally, the US stock market sank like a stone, eventually suffering its biggest one-day fall since the 1987 “Black Monday” crash and formally ending the post-crisis bull market.

“It’s starting to get tempting to get back in,” said Max Gokhman, head of asset allocation at Pacific Life. “When the bid for US Treasuries goes away, that’s pretty close to the point of total capitulation.”

Unless there is more clarity on the coronavirus and forceful leadership from policymakers, markets are likely to remain rocky, argues Ms Hooper. “We’re certainly getting closer to the bottom, but I don’t think we’re at it yet,” she said. “This is probably a dead cat bounce.”