This ‘could ruin us.’ Local restaurants fear for survival 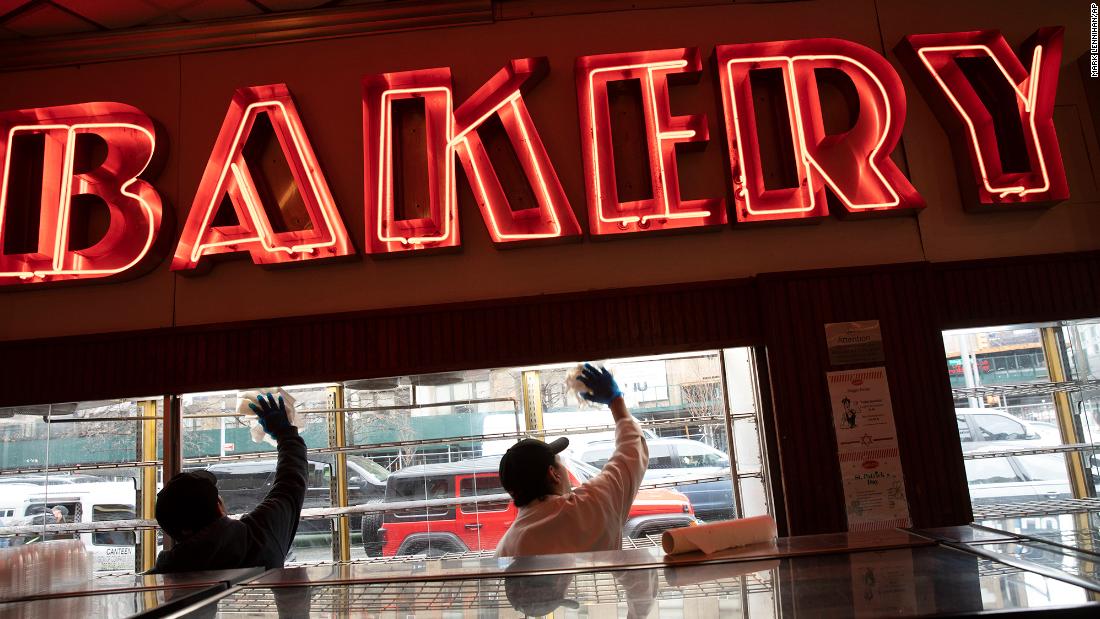 Lee Goodfriend watched business slow to a crawl at her neighborhood eatery that’s been a local institution since 1983. Facing a mandated eight-week closure, she laid off the entire 125-person staff so workers could immediately apply for unemployment.

“It was terrible, and I am still sick about it,” she said.

Linda McInerney, 50, was waiting tables full-time last week at P.J. Clarke’s storied Manhattan locale off 55th and Third. Earlier this week, she spent hours helping her older colleagues file for social security benefits and unemployment. “I wish I could do more,” she said.

Requests for social distancing and remote working have quickly turned into calls for self-isolation and — in certain regions — orders to stay at home. An increasing number of states have placed limits on gathering places, some mandating that restaurants and bars close or operate limited service.

“This is wholly unprecedented in that the entire industry is essentially being shut down in a lot of ways,” said David Henkes, senior principal with foodservice consulting firm Technomic.

Heading into 2020, Technomic predicted that foodservice industry sales would increase 3.8% from the $938.4 billion of revenue recorded last year.

All bets are off now.

The nation’s restaurant industry consists of more than 1 million restaurants — about 70% of them small and independent — employing 15.6 million people. Restaurants could very well lose $225 billion in sales and incur job losses in the range of 5 million to 7 million, the National Restaurant Association wrote this week in a letter to President Donald Trump and senior federal lawmakers seeking $325 billion in aid.
Massive layoffs have already started to take place.

“Without aggressive and immediate action from the federal government, many restaurants that are a staple of local communities will simply never resume service,” Sean Kennedy, the association’s executive vice president of public affairs wrote in the letter.

That heart-wrenching transition and, before then, the Great Recession toughened up Schiattarella for navigating the ups and downs of the restaurant business. He’s learned the hard way how small business loans can go south and how difficult it is to recover after exhausting personal savings.

But Schiattarella’s not certain his restaurant will survive the latest fallout from events beyond his control. The state of Maryland mandated that businesses cease dine-in service for at least two weeks. Sales are down to 5% to 10% of what they would normally be, and he’s down to just himself and a chef trying to serve up to-go orders.

Lee Goodfriend and David Racine have been fixtures in the Denver, Colorado, restaurant scene for decades. Their remaining restaurant, Racines, in its 37th year, still attracted a healthy lunch clientele and a packed weekend brunch crowd.

In a matter of days, Goodfriend would find herself alone in the spacious restaurant, closing out paychecks and shutting down machinery in preparation for a two-month pause in business. When Denver’s mayor on Monday ordered that bars and restaurants close in-house service, Goodfriend and Racine made the gut-wrenching decision to lay off themselves and their employees with the hope that unemployment claims could be filed and they could be rehired when the business reopens.

They took $125,000 out of savings to pay out employees’ vacation days and sent workers home with the extra food from the restaurant.

Goodfriend is optimistic that Racines could weather the two-month closure and hopefully hire back the employees because she and Racine have “saved a lot of money for a rainy day.”

Linda McInerney cut her teeth working in an auditing firm and, before her son was born, she would supplement her income on the weekends by working in restaurants.

“As it turns out, I have a real passion for the hospitality industry,” she said. “It was easy to go back to the industry I love because as servers we can make money at night while the kids are asleep and still be present in their everyday life.”

“Most of the people I work with are just hardworking people who just want to live their lives,” said McInerney, of Brooklyn.

She forged close bonds with her co-workers, whether they were 20-something or 86 years old. Her employers were supportive of her medical needs related to a cancer diagnosis.

When McInerney and crew were laid off due to the temporary closure, she quickly sought to help colleagues sign up for unemployment benefits or social security for the interim. Ideally, McInerney said, the layoff will be temporary and she and other employees will be rehired.

McInerney calls herself fortunate, her husband works for the fire department, she said she’s worried about her colleagues.

“There’s a lot of really amazing people in our industry — they’re dancers and actors and people in their 50s and 60s,” she said. “Most people think that [restaurant workers] are 21 and 22 with headshots, but that’s not the truth. There are a lot of lifelong hospitality workers relying on this. And it’s not just the young people that are affected. It really spans the whole gamut of ages.”