This Is the Only Way to End the Coronavirus Financial Panic 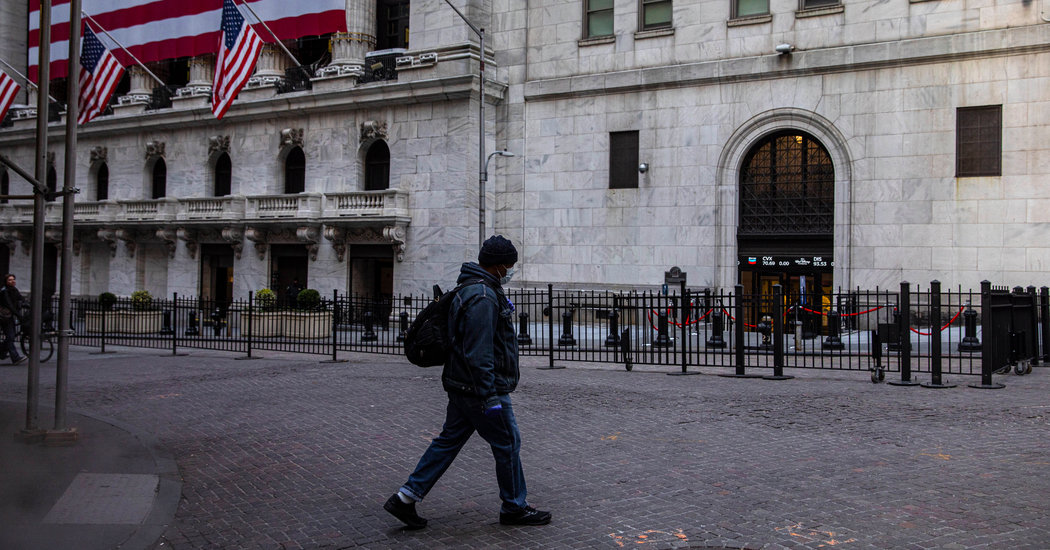 Some politicians have argued that bailouts should be directed only toward individuals and families, rather than companies. After all, we don’t want a repeat of 2008, when so much of the country felt the bailouts benefited Wall Street banks but not Main Street businesses.

But the truth is that sending checks directly doesn’t solve the problem: People want a paycheck and a sense of confidence that when the crisis subsides they will still be employed. And one-time check writing — or even a series of checks — won’t restart the economy when the crisis is contained because so many companies would be forced to file bankruptcy without immediate loans.

The proposal here, a shock and awe plan, avoids that.

The most challenging part would be executing it.

Who would make the loans? The government doesn’t have the expertise or people to make it happen.

The easiest way to do it would be to have the banks, which already have a relationship with companies and individuals, administer the program, guaranteed by the government. Banking may not be the most popular industry, but it could get the job done in short order. In truth, the banks should volunteer to administer the plan for free as a gift to the country for the bailouts of 2008. Besides, if the economy goes down, so do they.

Self-employed individuals, including contractors, gig workers and others, would be provided no-interest loans based on their provable income in the prior 12 months. And companies would have to be restricted from using the loans to “refinance” prior loans or use the money for stock buybacks. But other than that, there should be few restrictions, lest individuals and companies refuse to take the money.

In a crisis, getting buy-in matters. And time is the enemy. At the rate of the economic slowdown in just the travel industry alone, unemployment would jump to 6 percent right now and Treasury Secretary Steven Mnuchin is warning unemployment could rise to 20 percent, Depression-era levels.

Would there be fraud and abuse along the way? Yep. Is that acceptable? Of course the answer is no, but given the scale of this crisis, it may just be part of the price paid.