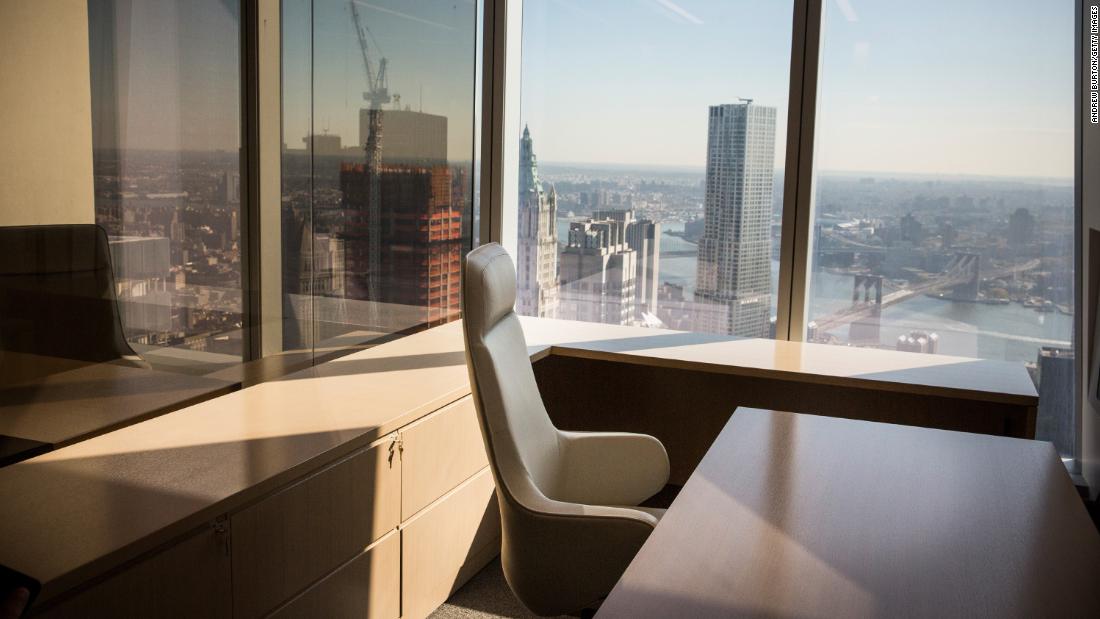 “I woke up one day, and I called the CFO and said: ‘pull the plug,'” said Iacobucci, CEO of Interactions, an artificial intelligence company. “That was just before everyone started working from home.”

Companies across the country are grappling with what their workspaces are going to look like in a post-pandemic world. But for many employers, another big question is: Do we even need an office?

Even large global corporations are exploring whether they can save money on shrinking their real estate footprint. One big company considering such a move is snack giant Mondelēz International.

“Maybe we don’t need all the offices that we currently have around the world,” said CEO and Chairman Dirk Van de Put on a recent earnings call.

For Iacobucci, making such a large and long-term commitment amid so much economic uncertainty didn’t sit well.

“I couldn’t see with that building being much less occupied than we had planned, spending all that money, potentially threatening some of the perks and the benefits and maybe even jobs because it was going to be so expensive. We are a private company so it didn’t make sense with the risk of the economy.”

The company is now 100% remote and plans to stay that way. It will still have some offices and a headquarters, but it will be less than half the size of its current space.

“It will be a much smaller footprint, maybe 9,000 feet, but it will be to bring customers…or where teams can come in and collaborate on a scheduled basis and have team meetings,” he said. “But it wont be, you have your office and you go there every day to do your work.”

Many companies have said they plan to remain fully virtual at least until the end of the year. Some have made it a permanent decision. Twitter, for example, said it would allow some employees to work from home “forever” if they choose.
But not everyone is on board with staying remote. Some companies have made public commitments to stick to their in-person workspaces.

E-commerce checkout company Fast had just moved into a new 10,000-square-foot office space in San Francisco about six weeks before the city went on lockdown.

CEO Domm Holland said he “absolutely” plans on going back.

“For some people, remote work works exceptionally well and it makes them happy and productive. For some people, they absolutely hate it. There are a lot of people sitting at home for the last few months absolutely dying to get out of the house and back into an office.”

While many companies have said the quick transition to working remotely was smooth — that doesn’t mean it’s sustainable for the long-term for all companies.

“Companies are thinking everyone has managed to work from home for the last three months and they can continue doing it. I think that is a really bad approach,” Holland said.

He added that flexibility will be key moving forward when determining where people are going to work. Some workers might want to come to the office every day, while others might come in a few times a week.

“The ability to come into the office on the day your partner is home is a great option so they can talk loudly on calls,” said Holland.

The amount of work that is team-based and collaborative has been increasing, particularly among white-collar workers, according to Peter Cappelli, management professor at University of Pennsylvania’s Wharton Business School.

While certain tasks can be done completely virtually without any need to interact or see anyone, that could come with risks to full-time jobs, he added.

“Some of the learning from employers might be, ‘for this task it worked perfectly well virtually, so why do we need to bring these people back in the office? But they might be more likely to say: Why do we need them to be employees at all? Let’s just contract it out.’ I’d imagine you will see more of that than keeping them as employees that never come in.”

The need and benefits for human interaction might also make it hard for companies to say goodbye to offices.

“Human interactions drive innovation and connection,” he said. “Now in a Zoom and Skype world where everything is managed and scheduled, you are going to have to be very very creative going to an all-remote policy to find those innovative moments. There are a lot of great ideas that come when you’re bouncing things off people. It’s kind of hard to raise your hand on a Zoom call.”